Mozilla announces plans to cancel support and development on Firefox OS for smartphones in order to shift efforts to connected devices and the Internet of Things.

Mozilla has outlined its plan to phase out development of its Firefox OS for smartphones after it releases version 2.6, as the organization shifts focus to developing connected devices for the Internet of Things (IoT) sector.

In December, Mozilla signaled its intent to end development for its Firefox OS for smartphones. The company said that it was taking this action because it was late to the mobile OS game and faced a number of entrenched competitors like Apple's iOS and Alphabet's Android. But back in December, Mozilla didn't give details explaining how its mobile OS will meet its end.

Those details came this week. In its announcement on Thursday Mozilla stated:

[...] the circumstances of multiple established operating systems and app ecosystems meant that we were playing catch-up, and the conditions were not there for Mozilla to win on commercial smartphones. We have decided that in order to succeed in the new area of Connected Devices we must focus our energy completely on prototyping the future and exploring how we can make the biggest impact in IoT.

[...] This means that Firefox OS for smartphones will no longer have staff involvement beyond May.

Mozilla noted that as of March 29, Marketplace will stop accepting Android, Desktop, and Tablet submissions from developers, and said that all apps that don't support Firefox OS will be removed. However, Firefox OS apps will continue to be accepted through 2017, though no final date has been selected for when that will stop.

Some members of the Mozilla community were not pleased with the announcement. One user, agarzia, said in the comments area of Mozilla's announcement that "removing staff involvement with Firefox OS after May is the same thing as killing it. I do believe this is an extremely poor decision." 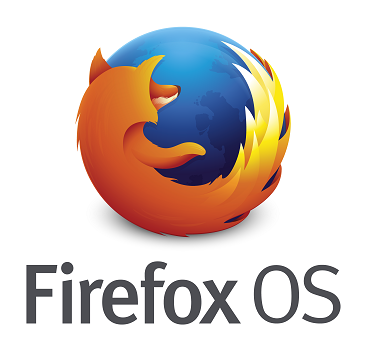 Agarzia points out that the connected home will mainly be interacted via mobile devices, yet by stopping development of the Firefox OS and eventually staff support, developers won't have a "compelling hacker platform to create the meaningful control platforms needed for the connected home. You lost your hacker friendly platform, now you will always play second fiddle to native implementations on mobile devices."

Another community member Flaki stated, "Sunsetting Firefox OS is one thing -- but killing off a community effort that finally had potential by removing every single person on staff from supporting it is utterly sad and disappointing (although, not at all surprising, as it has happened before, with the Tablet Contribution Program, for example)."

Meanwhile, Mozilla will continue to assess the stack and evaluate new projects for the right fit with its goals. As part of this work, Mozilla's Connected Devices team has been testing out a new product innovation process.

Under this recently rolled out product innovation process, Mozilla is aiming to have a number of different products in development at any one time for its 2016 IoT product programs.

"This process pushes us to think about early-stage ideas as if they were tech-startup projects where teams advocating for them are required to demonstrate a clear consumer value proposition at all points ('gates') in the development cycle. This will be the team's approach moving forward," Mozilla stated.

The organization has three projects developed by Mozilla staff that have passed the first gate and approximately 12 more projects it is preparing for review. Mozilla plans to open its innovation process up to non-staff members within the first half of this year, but notes one of the challenges will be navigating its volunteers in situations when submitted projects don't pass through the "gates" and need to be quickly wound down in the development cycle.

Mozilla, however, noted that it plans to continue its Boot to Gecko open source operating system, which will remain available for developers to contribute to.

Dawn Kawamoto is an Associate Editor for Dark Reading, where she covers cybersecurity news and trends. She is an award-winning journalist who has written and edited technology, management, leadership, career, finance, and innovation stories for such publications as CNET's ... View Full Bio
We welcome your comments on this topic on our social media channels, or [contact us directly] with questions about the site.
Comment  |
Email This  |
Print  |
RSS
More Insights
Webcasts
How the Rapid Shift to Remote Work Impacted IT Complexity and Post-Pandemic Security Priorities
Cybersecurity Risk Management
More Webcasts
White Papers
2020 SANS Enterprise Cloud Incident Response Survey
The Top 5 Mistakes Everyone is Making in Vulnerability Remediation
More White Papers
Reports
Immuta Data Engineering Survey: 2021 Impact Report
Enabling Enterprise Resiliency Through Cyberthreat Detection
More Reports