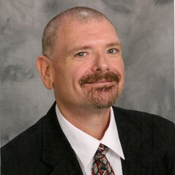 50%
Tweet
For companies that provide smartphones to employees, Windows Phone 8 is worth a look. Here's why.

8 Free, Must-Have Windows 8 Apps
(click image for larger view and for slideshow)
Let's face facts: It's cumbersome to do some business tasks on an iPhone. I'm not talking about basic or "consumerized" functions, like email or conferencing on FaceTime. I'm talking about a browser that renders pages correctly so users can access customized Web apps, and the ability to run applications like Microsoft Lync to join voice and video meetings.

Some background: Two years ago, I decide to stop supporting BlackBerry at my company, a support service for students prepping for the bar exam. We had just migrated to Microsoft Office 365, and I couldn't justify the additional $10 per month per BlackBerry user for BES. Windows Phone 7 was, for the most part, horrible. Microsoft just hadn't gotten it yet, and I wasn't a fan of the Android OS.

Losing the BlackBerry's physical keyboard was the most difficult part of the transition, but we struggled through it. As much as I tried, though, I just wasn't excited about the iPhone and found it fell short from a business perspective. My users didn't mind as much as I did, but I kept wishing for a better choice.

Fast forward to Windows Phone 8. I got a Nokia Lumia 920 in for testing, and the transfer from the iPhone was flawless. Yes, gripes about a lack of apps are valid, but that's to be expected for a relatively new OS. So what if I don't have Instagram and can't play Words with Friends? We don't need to do that on a company-owned device, even if we did have time for games.

Our mobility model is simple: No one is allowed to expense cell phone charges. All devices are issued by the company, and all charges are paid by the company. We do not restrict usage to business only and do allow personal use of the device. However, we do monitor the bills, and anyone found to be abusing their privileges are dealt with. For the most part, I have found this model works best. When a user leaves the company, the device is returned. No question about who owns the phone number.

The corporate-owned, employee-enabled (COPE) model is gaining in popularity. And there are compelling reasons why companies that need control over mobility -- and that might still be clinging to BlackBerry -- should look at Windows Phone 8. The OS is extremely easy to use. Having live tiles update with information like email, calendar and maybe traffic info for employees who spend a lot of time on the road is handy.

Setup is simple. I was able to back up email, contacts, messages and pictures using an iPhone app, then restore that data using a Windows Phone app. There are similar apps for switching to a Windows Phone from a BlackBerry or Android device. Adding email accounts from virtually any provider is also quite simple through the OS interface.

Being a Microsoft shop, integration with Office is a strong selling point. The Microsoft Lync client is handy for allowing users to join voice or video meetings from the phone. Voice quality is exceptional. I have had no issues using the phone itself or with a headset. Calls are crisp and clear.

Users can get SkyDrive accounts for cloud storage and backups. OneNote also syncs to SkyDrive, so notes are always available, anywhere. At first I was leery of this service. No one wants their data stored externally, and SkyDrive can be blocked via policy. However, unless you're currently blocking the Apple iCloud service on iPhones and iPads, you really already have the problem of your data being stored externally. In fact, it's a whole broader discussion around data security.

There are so many free cloud-based storage services out there (Google, DropBox) that one can take an entire day just vetting them out. We have chosen to allow these services because blocking everything isn't feasible.

Adding photos and music -- if you decide to allow this -- is as simple as plugging in the phone and using the sync app that pops up when employees plug the phone into their PCs. Photos can be dragged and dropped using Windows Explorer. Music can be synced either through iTunes or Windows Media Player. Playlists will also sync over. Those custom Web apps that just don't function well on Safari? Everything works perfectly on the Windows Phone 8 browser.

Of course, as with any new OS, there are a few bugs. Microsoft left out VPN support, so there are no VPN clients that will currently work on a Windows Phone. The good news is that's on the docket for the next major update to 8.1. I personally dislike the "toast" notifications that pop up every time you get a text message, and there's no way to turn them off. Come on, Microsoft, this is privacy issue.

Some popular apps are not yet available for the platform; however, more are added daily. Battery life could be better. It took me a few days to tweak my phone so I could get a full day out of a charge.

Still, BlackBerry holdouts and those looking to move to a COPE model from the BYOD Wild West should revisit Windows Phone and evaluate the new OS. Its integration with a Windows enterprise environment makes it easy to manage, delivers a better end-user experience, and makes for fewer help desk issues when syncing mail and accessing company apps and information.

Great perspective Mark, thanks for sharing. I am curious: What turned you off about Android?