0 comments
Comment Now
Tweet
BYTE's Serdar Yegulalp doesn't expect great things from the iPad Mini, but he does expect great sales. It's in the long term that Apple's problems lie.

Here's why I think the iPad Mini, when it does get here, will do just fine.

Conventional wisdom is that Apple can do no wrong.

Conventional wisdom also had it that Research in Motion would be the king of mobile for all time, that the Apple of 1998 was dead meat, and that watching TV on your phone was a silly idea.

By all accounts, Apple's long-heralded iPad Mini will be another solid seller for the Cupertino gang. But turn over the rock of each reason why it should, and you'll find just as many reasons why it shouldn't--or why its short-term success could only add to Apple's long-term stagnation.

People want a seven-inch screen and are willing to pay for it. The success of other devices in that approximate size--the Amazon Kindle Fire being the most prominent example--is telling. All Apple has to do is create something in that general niche, and it's likely to sell, both because of Apple being a good brand and because of the enthusiasm for other slates that size.

This story is one of several dueling commentaries on the upcoming iPad Mini. Also read:

Unfortunately, if the rumors about the iPad Mini are true, that smaller form factor will come at the price of a lousy display: A mere 1024-by-768-pixel resolution with an increasingly unpopular 4:3 aspect ratio. That's disappointing even for a low-end tablet today, and amazingly poor for an Apple product. The fact that people might want to pay for something of that size shouldn't be a justification for ripping them off.

That's the other problem: the potential price difference between the Mini and the full iPad. It's tempting to say the Mini will sell regardless of how much it costs, if only because it's Apple, and because that size alone creates a new market for Apple devices. It's much the same phenomenon as the Samsung Galaxy Note "phablet" chiseling out its own little niche between small tablets and big phones. But the lure of a new size or an Apple logo alone might not be enough to overcome the shortcomings, especially if the original, superior model doesn't cost much more. 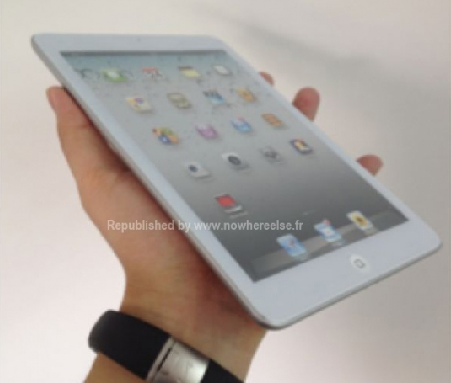 When people buy a competing device like the Kindle Fire HD, they're not so much buying a tablet as they are a portal to Amazon's content garden--a set-top box for the lap. Likewise, every iOS device is a new form factor for entry into Apple's curated application store, so it's hard for customers to lose on that front.

In the long run, though, I see two problems with this. First, iOS is no longer the only place to go for a prime mobile-application experience, now that Android has cleaned up its game quite a bit and Windows 8 Phone looks like a solid platform.

Second, as connectivity ramps up across the board, the actual device platform will become less important, not more. Granted, iOS remains king in paid apps such as games, but it's services and downloadable content that are fast on their way to becoming as crucial as the actual apps that access them. Whether you access your NetFlix account from an iOS device, an Android phone, or a Windows 8 slate won't matter much; in fact, it already doesn't.

Apple has a guaranteed market share thanks to its brand.

It's a good thing for Apple now, and maybe good for consumers in general, but it's bad for both of them in the long run if the iPad Mini turns out to be a turkey. A mediocre Mini will make Apple look all the more like a lumbering monolith, one content to just repeat the successes of the past than it is to look farther down the road. For Apple to count on its brand, rather than on a good product, is a ghastly long-term strategy.

The counter-argument I've seen offered for this is a tough one. Does Apple really need to revolutionize everything with each new offering? What's wrong with giving people comfortable variations on something they already know and love? Nothing, really--but from where I sit, that attitude is contributing all the more to a culture of complacency at Apple. The tiniest changes are treated like world-shattering upheavals; Apple protects its manicured product garden all the more jealously against encroachment; and competitors across the board slowly eat away at the company from underneath.

Let's hope, then, that the Mini will either be cheap enough, useful enough, or followed up aggressively enough to keep it from being a road marker along the way to Apple losing its golden touch.