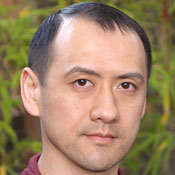 I am on record predicting that Windows 8 will be a huge success because of hybrid tablet-notebooks and superior battery life. Despite this, it is apparent to me that the two new tablets announced by Microsoft on Monday called Surface both will fail miserably because neither product can deliver anything that users actually want. How do I know this? Because Microsoft's Surface spec sheet tells me.

Windows RT cannot run any existing Windows applications and there might even be driver compatibility issues. That's right, a "Windows" tablet computer that doesn't run Windows. I can just visualize the sales associate at Best Buy trying to explain this to the customer, saying, "Yeah, it's a Windows computer that doesn't run Windows--you have to buy stuff at the Microsoft App Store." I can also visualize the look on a customer's face who just bought a Windows RT tablet only to fire up their favorite game or application and realize that it won't run.

It seems that Microsoft has forgotten the nightmare of Windows Vista over relatively minor compatibility issues with a few legacy applications and device drivers or the Vista Capable fiasco. If Microsoft thought Vista was bad, wait till people get a load of Surface RT.

As for the hardware specs, Surface RT has more in common with the first iPad than the iPad 2, much less the latest iPad. The weight and thickness are very similar to the original iPad's; the iPad 2 is so much thinner. The resolution will be less than 1920 by 1080 pixels while the new iPad has the stunning Retina Display of 2048 by 1536 pixels. With these specs and an App store that's starting virtually from scratch, or maybe 100,000 apps if Windows Phone 7 Apps run unmodified on Windows 8 RT--and that's a huge if--Surface RT has significantly less economic value to consumers than the iPad 2, which costs a mere $399. Will Surface RT sell for significantly less than $399? I doubt it. If it doesn't sell well below $399, it will have about as much success as the HP TouchPad.

The Surface Pro specs are better. It has a full HD--that is, 1920 by 1080 pixels resolution--screen and uses an Intel Ivy Bridge x86/x64 chip, so it will at least run all existing Windows applications and drivers. The problem is that the Surface Pro uses a processor meant for larger and more power-hungry laptops. That means it's too heavy and too thick, with much shorter battery life than ARM or Intel Clover Trail SoC tablets, and it lacks always-on for running weeks at a time. Moreover, it will likely have to be priced in the ultrabook category, putting it in the $800-and-up range, which is far too expensive to move in volume. With weak specs and high prices, it likely will fail for the same reasons tablet PCs have failed for the last 11 years.

For reasons unclear to me, it seems that Microsoft is hell bent on building an irrelevant product when its primary customers--the OEM and ODM PC makers--are buying Windows 8 in droves to use in products running Intel's Clover Trail platform. Those PC makers aren't stupid and they're delivering affordable products with great battery life, always-on capability, and full Windows compatibility. Microsoft, on the other hand, has announced two products that completely miss the mark.