Why Google CEO Sundar Pichai Is Good For Android - InformationWeek

With Sundar Pichai as the new CEO of Google, the company is going to focus on its most important product: Android.

This is good news for Android and other important Google products.

Pichai has been with Google since 2004.

Since then, he has contributed to several important Google products over the years, such as Chrome, which debuted in 2008, in addition to Google Gears, Google Toolbar, Gadgets, and of course Search. In 2013, he was named Senior Vice President of Android, Chrome, and Apps, heading Google's key consumer products. He was eventually promoted to senior vice president of all products, which includes Android and Chrome and various other Google businesses.

Pichai has become a familiar face at Google's events, and is often the one on stage introducing new stuff. He's considered an empathetic and caring person, and has helped resolve internal managerial and political issues. He's also an effective and reliable manager, delivering products on time. 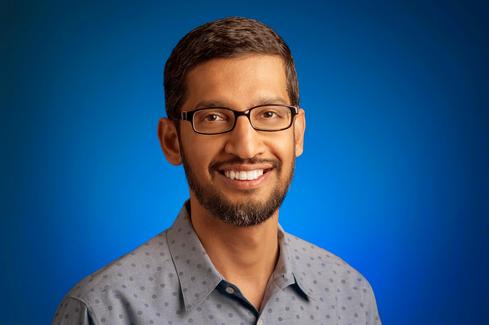 Pichai is intimately familiar with Google's core products, is well respected in and outside the company, and was a natural choice to lead the Google business unit under the Alphabet umbrella.

Larry Page, now CEO of Alphabet, has the utmost confidence in Pichai.

"Sundar has been saying the things I would have said (and sometimes better!) for quite some time now, and I’ve been tremendously enjoying our work together," Page wrote in the Aug. 10 blog post announcing Alphabet. "He has really stepped up since October of last year, when he took on product and engineering responsibility for our Internet businesses. Sergey and I have been super excited about his progress and dedication to the company. I feel very fortunate to have someone as talented as he is to run the slightly slimmed down Google and this frees up time for me to continue to scale our aspirations."

Pichai will be focused on innovation, making new products, and stretching boundaries, according to Page.

It's the latter that may benefit most from Pichai's guiding hand. He's already helped develop significant changes in Google's smartphone platform, moving it from the wobbly Android 2.3 to the more stable and usable Android 4.0. Google is close to launching Android 6.0, codenamed "M" at the moment. Pichai played a pivotal role in bringing it to fruition. Android has matured significantly in the last few years.

Pichai has been in charge of all the company's consumer-facing products for some time now.

His role with Android and Chrome gives him unique visibility into how all Google's services can and might work together. Page and Brin are clearly pleased to have Pichai running Google so they can focus on moonshot products. It will be exciting to watch Pichai's role continue to shape the search giant, video host, and mobile app maker that Google has become.