Verizon Wireless is the last major carrier to offer customers WiFi calling. The company is starting with just two phones, the Galaxy S6 and S6 Edge.

Verizon Wireless customers will soon be able to make phone calls via WiFi. On December 4, the company said that an update to its Advanced Calling 1.0 application will add the feature and make it possible to call from hotspots for free.

The rollout is proceeding slowly, however, and the bulk of Verizon subscribers will have to sit tight and wait.

Before Verizon's Advanced Calling 1.0 application arrived in September 2014, the carrier connected all calls through its legacy CDMA network. Verizon takes great pride in the quality of its CDMA voice network. Even so, Advanced Calling 1.0 heralded the arrival of HD Voice for Verizon customers. HD Voice calls, made using VoLTE technology, are clearer and higher in fidelity than calls placed over Verizon's CDMA network.

Moreover, it lets customers talk and surf the Web at the same time -- something that's not possible when making calls via CDMA. HD Voice is available to 28 of Verizon's smartphones, the majority of its current lineup.

T-Mobile has offered WiFi calling in one form or another since 2007. It relaunched the service for its current smartphones more than a year ago, as did Sprint. AT&T followed suit just two months ago, in October of this year. 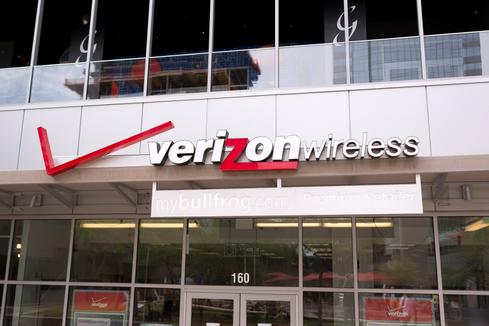 With its three chief rivals all offering the service, Verizon didn't have much choice.

Once the new version of Verizon's calling app is installed, S6 and S6 Edge owners need to activate the app manually in the system settings. After the app itself is turned on, users need to also turn on the WiFi calling feature. With these steps completed, customers can make calls via WiFi when they are at home or in the office. Calls should make the transition from WiFi to cellular seamlessly (for example, when you step outside), but will only transition from cellular to WiFi when the app detects known hotspots.

[Looking for some PC alternatives? InformationWeek has some suggestions.]

Calls made via WiFi to US numbers are free of charge, while calls made to international numbers will be charged at standard rates.

Why use WiFi calling? Coverage.

Verizon's CDMA and LTE networks are widespread, but they are not everywhere. WiFi can be used to supplement cellular coverage in areas it's not available. In other words, if Verizon's signal can't penetrate your office building, you will still able to make and receive calls via your Verizon number.