Turn Your Kindle Fire Into A 'Real' Tablet - InformationWeek

If you root the Kindle Fire and put a real Android operating system and real Android apps on it, can you turn this neutered e-reader from Amazon into an Android tablet you can be proud of? The answer is yes, sort of.

Amazon's introduction of the sub-$200 Kindle Fire Android tablet last fall set the market abuzz with speculation that the iPad might finally have some serious competition. But the tech pundits, us included, were quick to point out that the loss-leader Kindle Fire, with its highly-customized Android platform, was intended merely to promote sales of Amazon's online ebooks, music, videos, and Android apps. As BYTE's own Larry Seltzer concluded in his unboxing video, "this is almost certainly not a good business device. [It is] meant for the consumer market and... is locked out of general Android apps."

Being an incorrigible fandroid, I couldn't shake the nagging sense that I needed to get my hands on a Kindle Fire and see what I could make it do. When I learned that Amazon was unloading refurbished Kindle Fires for as little as $169 with free shipping, I leaped at the opportunity to snap one up and give it a whirl.

Thanks to a wealth of useful information at the popular XDA Developers Forum, some excellent free Android tools and apps, and a bit of perseverance, it wasn't long before my Kindle Fire had blossomed into a real Android tablet--able to do much more than what Amazon had planned for it.

Rooting with the Kindle Fire Utility
After spending a few minutes configuring the Kindle Fire and exploring its out-of-box features and capabilities, I set about giving it a makeover. The first requirement was to "root" the device, a process akin to "jailbreaking" iOS devices.

For more on rooting the Kindle Fire by author Rick Lehrbaum, go here.

Rick also has a screenshot tour of rooting the Kindle Fire. Click here to see it.

The screenshot below shows the KFU's main menu, which provides options for rooting the Kindle Fire, substituting the "FIREFIREFIRE" boot loader for the standard one, adding the TWRP recovery tool, and installing Google's core Android services and apps. 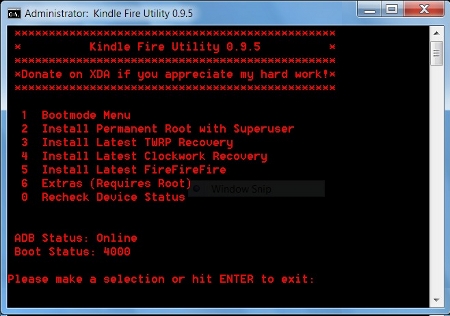 Once KFU's tasks were completed, the device rebooted without incident. Now, its touchscreen displayed the FIREFIREFIRE boot loader's yellow logo (see image at right) during the boot-up process.

Stocking up on apps

At this point, it was time to sign into Google's Android Services, visit Google's Android apps market, and start installing my favorite utilities and apps onto the Kindle Fire. The side-by-side screenshots below show the first two steps of that process. 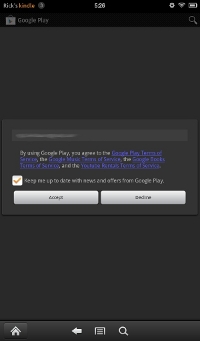 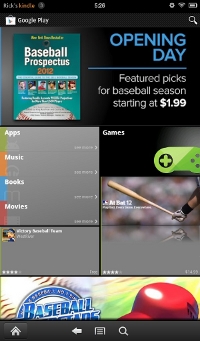 Signing into Google Services and visiting the Google Android market for the first time.
(click images to enlarge)
Giving the Kindle an Android look

The next step was to lose the Kindle Fire's bookshelf-style home screen and replace it with a more traditional Android home screen. This called for installing Go Launcher EX along with my favorite NASA nebula wallpaper.

These steps resulted in the transformation shown in the three side-by-side screenshots below. 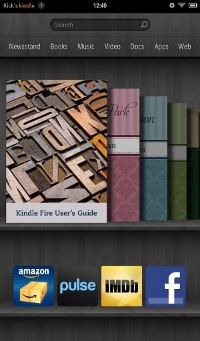 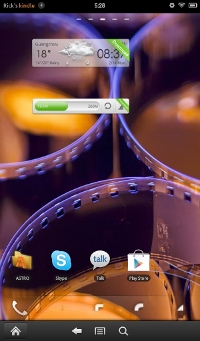 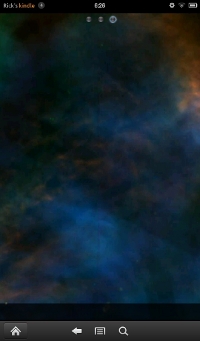 From left, original home screen; after replacement launches; and, finally, after customizing with my favorite wallpaper.
(click images to enlarge)
We welcome your comments on this topic on our social media channels, or [contact us directly] with questions about the site.

10 IT Trends to Watch for in 2021 Cynthia Harvey, Freelance Journalist, InformationWeek,  12/22/2020
White Papers
How to Prioritize Risk Across the Cyberattack Surface
Passwordless: The Future of Authentication
The 2020 Duo Security Trusted Access Report
The State of Threat Detection and Response
Transforming the Corporate WAN: Enterprise Network Insights