This Is Why T-Mobile Won't Officially Carry iPhones - InformationWeek

At the gdgt conference in Chicago, Chris Spera learned about T-Mobile's plan to make its network compatible with the iPhone.

By the end of the year, T-Mobile customers will be able to run their iPhones on its networks. But not by way of any formal deal with Apple. Instead, T-Mobile plans on making its network compatible with the iPhone.

How exactly? It is refarming its spectrum, which means that the service that's currently using that frequency will be moved to another frequency. 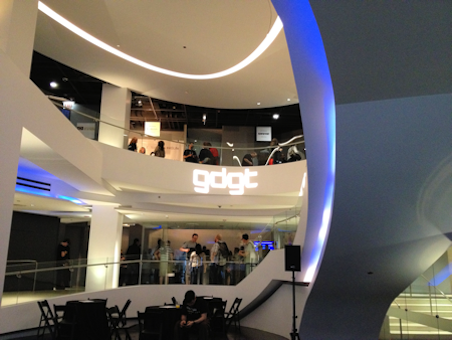 While at the gdgt conference in Chicago, I learned about T-Mobile's plans to refarm its spectrum and how this will affect iPhone users.

A T-Mobile engineer who declined to be identified, said that T-Mobile’s 1900 MHz network may also support HSPA+ 84 in key markets.

Because T-Mobile is on a 1700 MHz AWS spectrum frequency, the network is incompatible with the iPhone. Effectively, they are moving their 3G support 1700 MHz AWS to 1900 MHz. This should happen by October, but the phone must be jail broken, AT&T must unlock it, or the customer has to buy the phone unlocked.

This is significant because no other cell carrier in the world except T-Mobile USA uses 1700 MHz AWS for 3G/4G/HSPA+. The move to 1900 MHz means that their network is now potentially compatible with every other GSM handset available.

You're still going to have to remove/jailbreak any carrier lock that may exist on any smartphone in question, or purchase it factory unlocked to use it on T-Mobile USA; but this means that phones like the iPhone 4/4S or the HTC One X, currently locked to AT&T, can be used on T-Mobile's 4G/HSPA+ network once they are unlocked.

The iPhone will never, ever officially be offered by T-Mobile. Period. Well, not unless they decide to write the $15.8 billion check to cover the subsidy that Apple is currently requiring from them.

The engineer I spoke with either didn't know or wouldn't share the iPhone sales quota that Apple was also going to require T-Mobile USA to meet in order to sell the device.

T-Mobile's answer is to instead make their network iPhone compatible, including MMS picture messaging. This, according to my source, was T-Mobile's way of "flipping Apple off" after they demanded nearly $16 billion just to bring the iPhone in house.

“We are going to make our network iPhone compatible. We’ve got over a million customers on the iPhone now,” my T-Mobile source said.

It felt that a fully iPhone compatible network, offering HSPA+ 42/84 and eventually LTE speeds coupled with T-Mobile's much more affordable voice, messaging and data plans would entice users to bring their off contract or unlocked iPhones over.

T-Mobile may be right.

Select areas of Washington State, California, Nevada and Arizona are currently the only places with refarmed spectrum. Users in those affected areas are reporting reliable, HSPA+, 4G level speeds on their iPhones within the currently, largely undocumented, coverage area.

According to my source, it is anticipated that by as early as October of this year that T-Mobile will have their spectrum refarming efforts completed. At that point, T-Mobile's network will support all quad-band GSM/UMTS banded handsets, including Apple's iPhone.