Tablets are losing some of their luster, but Apple is still selling more devices than Microsoft. 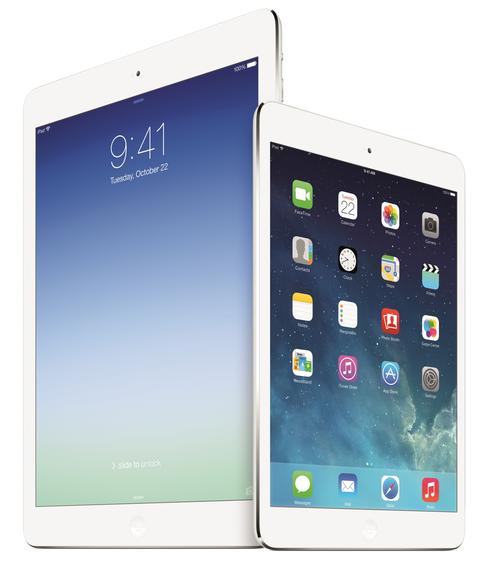 I am not sure why anyone is surprised that people don't toss their $700 tablets every 24 months. AmI missing something?
Reply  |  Post Message  |  Messages List  |  Start a Board

Even if the tablet is half that price, why toss it? Save the quicker turnover -- and investment -- for phones, which we beat up day after day. I think tablets got more use when phones were smaller and laptops were clunkier. But now their life expectancy is growing.
Reply  |  Post Message  |  Messages List  |  Start a Board

Exactly, Shane. *Could* I buy a new tablet every other year? Sure. But why would I? Of course, I am an Android person. I get that iThings have the "latest and greatest status symbol" factor, but still. Don't get it.

The tablet novelty is slowly wearing off. Personally I've had three phones in the time I've had my Google Nexus tablet, and each phone has gotten bigger. The tablet works well enough, but I use it less frequently than I used to when my phone was smaller. Tablets are in a tough spot. They're getting double dinged: by bigger, better phones on one side and by dynamic two-in-one options that can replace traditional laptops on the other.
Reply  |  Post Message  |  Messages List  |  Start a Board

Shane and I are both New Englanders. Maybe it's that Yankee frugality -- I also tend to drive cars until they become undependable and repairs become more costly than the vehicle. If a physical item that took natural resources to produce still serves its purpose, I say, do the Earth a favor and use it until it doesn't.

I think device makers would be smart to releease hardware only when there is a significant advance and pivot to doing more in firmware.
Reply  |  Post Message  |  Messages List  |  Start a Board

Yes, agreed -- the new iPhone hardware is significantly better. Whether the same will be true of the iPads, I guess we'll know soon!
Reply  |  Post Message  |  Messages List  |  Start a Board

Vista? I think you might be among the last users standing! We just did a Windows survey, results below. XP use is a bit surprising.

@Thomas - I found the Mac OS number high also, but we did allow multi-select, so even if a respondent supports only a few Macs they're counted. As for Chrome OS, doesn't seem that Chromebooks have made their way into most enterprises. I'd guess that 7% is mostly EDU.
Reply  |  Post Message  |  Messages List  |  Start a Board

I hear ya. Migrating from one Windows machine to another is still WAY more painful than it needs to be. Another reason for flat PC sales, IMO.
Reply  |  Post Message  |  Messages List  |  Start a Board

@Mel, what do you consider an unbecoming put-down? Thinking that the OS X percentage in enterprises is high, or that some portion of people who buy Apple products do so largely because the see them as having a cachet that other devices lack?

While my primary system is a PC, I use a Mac for some of my day-to-day work. I also have an iPad, a Chromebook, and an Android phone. I think I have a pretty realistic picture of pros and cons.
Reply  |  Post Message  |  Messages List  |  Start a Board

> Battery life was HUGE when Apple introduced the iPad

I would suspect Microsoft to have additional market share difficulties here once Apple comes out with its new, ultra-large iPad.

I know I'll be someone looking to buy the new iPad.  The thing I don't like about tablets is how small they are.  I like a nice, big screen for accessibility reasons.  I don't need a pocket-sized tablet; that's what my phone is for.
Reply  |  Post Message  |  Messages List  |  Start a Board

Android's a notorious energy-drainer/battery-life-eater.  That was my point.

But yes, tablets do -- in general -- seem to last longer, battery-wise, than most of their laptop counterparts.
Reply  |  Post Message  |  Messages List  |  Start a Board

@steve: Because of an injury, I have particular ergonomic issues that require me to use a tablet with a special stand at times -- as opposed to a laptop specifically.  This, however, is highly inconvenient and impractical because of how small most tablets are.
Reply  |  Post Message  |  Messages List  |  Start a Board

I used to be expressly anti-Apple -- simply because I, personally, hated every Apple product on the market.

I still prefer PCs, but the company and its products have come a long way.
Reply  |  Post Message  |  Messages List  |  Start a Board

@stevew: Makes sense to me.  Games and streaming video use much more energy/battery life than simple text editing and most other everyday work activities -- particularly because of the strain put on other hardware resources.

There is one relatively old but very graphically intense computer game I used to play that, if I play it today, can make my (very modern) laptop run at close to 80 degrees Celsius (even with an additional fan and an ice pack)!
Reply  |  Post Message  |  Messages List  |  Start a Board
InformationWeek Is Getting an Upgrade!