Sony is bringing its Xperia Z5 and Xperia Z5 Compact smartphones to the US. The waterproof handsets offer two days of battery life and killer cameras, but lack fingerprint scanning technology.

Now, the Sony Xperia Z5 and Xperia Z5 Compact are coming to the US. The company made the announcement Feb. 7.

The two smartphones, which were announced in January, are available unlocked at Amazon, Best Buy, B&H, and other retailers for a suggested price of $600 for the Z5 and $500 for the Z5 Compact. They will support GSM networks.

The metal casing and frosted glass back are waterproof and dust-proof, like many of Sony's handsets, and features an IP68 rating, while the Xperia Z5 also has Quick Charge capabilities to bring users a full day of power in just 45 minutes. 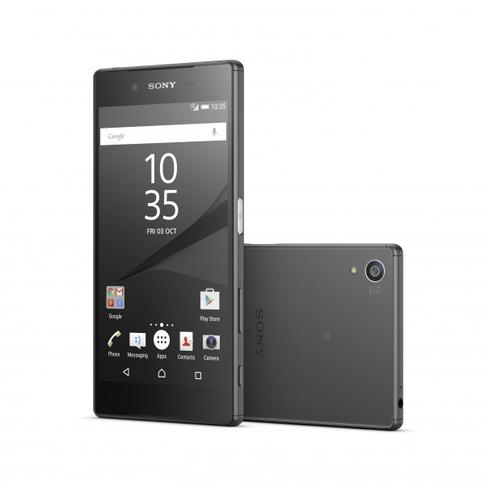 On the inside, the smartphones run Google Android 5.1 (Lollipop). They boast a Qualcomm Snapdragon 810, 64-bit Octa Core processor, and feature space for a microSD card with up to 200GB of additional storage.

Consumers who purchase of either smartphones will also receive an entertainment offer to download three movies for free.

The camera on the Z5 delivers a 0.03-second autofocus by combining two different technologies, intelligent image processing, and an Exmor RS CMOS sensor for taking photos in low-light situations.

Sony has also focused on providing a high-quality audio experience, offering digital noise cancellation and automatic headset compensation. There's also a long-lasting high-performance battery, which the company claims can deliver up to two days of battery life on a single charge.

The Xperia Z5 is available in graphite black, white, gold, and green, while the Xperia Z5 Compact comes in graphic black and white as well, along with coral and yellow.

[Read why Sony is betting on camera performance to sell smartphones.]

Sony smartphone fans may be disappointed to learn however that the fingerprint scanning technology available on the Z5 models will not be offered within the US.

The company made just over $1 billion in profit in the three months ending on Dec. 31, 2015, according to Sony's financial results for its fiscal third quarter. Its smartphone business brought in $3.2 billion in sales -- a drop of almost 15% year-on-year due to a significant decrease in sales.

However, while revenues fell, profits in the smartphone business rose 133%, indicating Sony's strategy of releasing fewer phones, in tandem with a reduction in development and marketing costs, may be working.

In other Sony news, the company recently announced the acquisition of Altair Semiconductor, an Israel-based company that owns modem chip technology and related software for LTE standards.

Sony expects to complete the Altair acquisition in early February. It aims not only to expand the chipmaker's existing business, but also to move forward with research on and development of new sensing technologies.

Nathan Eddy is a freelance writer for InformationWeek. He has written for Popular Mechanics, Sales & Marketing Management Magazine, FierceMarkets, and CRN, among others. In 2012 he made his first documentary film, The Absent Column. He currently lives in Berlin. View Full Bio
We welcome your comments on this topic on our social media channels, or [contact us directly] with questions about the site.
Comment  |
Email This  |
Print  |
RSS
More Insights
Webcasts
Monitoring the Invisible - Digital Experiences in a Zero Trust World
Fact or Fiction? The Truth About Cloud Native Security
More Webcasts
White Papers
Are Your Managed Services Right for Your Business?
The New Risk Equation: Motives, Means, Opportunity
More White Papers
Reports
Proven Success Factors for Endpoint Security
Forrester Report: The Total Economic Impact Of Bizagi's Low-Code Intelligent Process Automation Platform
More Reports
Copyright © 2021 UBM Electronics, A UBM company, All rights reserved. Privacy Policy | Terms of Service