Sony's uneven presence in the US got a boost from Verizon Wireless, which will sell the Xperia Z4v smartphone in the months ahead.

Verizon Wireless is preparing to sell the Sony Xperia Z4v smartphone this summer. The carrier made some material changes to the device -- first revealed earlier this year as the Z4 -- which should make the phone more appealing to US buyers.

The Z4v is almost identical to the Z4, but manages to be just slightly different at the same time. The major bullet points are all there: 5.2-inch screen, octa-core Snapdragon 810 processor, 3 GB of RAM, 32 GB of storage, 20.7-megapixel camera, 5.1-megapixel user-facing camera, 4K video capture, and so on.

One of the signal most interesting changes reflects the battery. 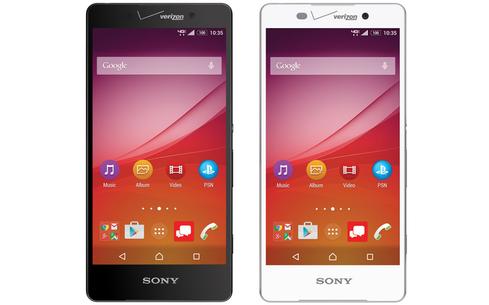 The other big improvement is the screen. The dimension is the same when comparing the Z4 to the Z4v, but the Verizon model improves the resolution dramatically from full HD to quad HD. That means four times as many pixels. It also means the phone's processor will have to work harder, and perhaps accounts for the slightly larger battery. (More pixels to push cause more power drain.)

These under-the-hood changes have an impact on the phone's footprint. The Z4 measures 6.9mm thick; the Z4v measures 8.6mm thick, a noticeable increase. The Verizon model is heavier, too. The 1.7mm change may not seem like much, but compared to handsets like the iPhone 6 and Samsung Galaxy S6, the Z4v is a bit chunkier.

Sony can market the Xperia Z4v, which is made of metal and glass, as waterproof and dustproof. No other flagship smartphone can make those claims. The iPhone 6, Galaxy S6, One M9, and G4 are all permeable and will suffer inglorious drowning if dropped into a pool, the sink, or your morning cup of coffee.

[Read about how Sony is conquering the smartphone market with sensors.]

The Xperia Z4v will live on to see another day if such tragedy befalls it.

While announcing the deal on Tuesday, June 16, Verizon and Sony have left out the most important detail: Pricing and availability. Verizon is only saying it will sell the phone later this summer. That gives Big Red until late August to approve the device.

Sony's Xperia Z smartphones are often priced at $650 or more.

Sony has not had a lot of success in the US in recent years.

T-Mobile agreed to sell the Z3 last year, but it has not stocked the phone consistently. AT&T, Sony's previous go-to carrier, didn't sell the Z3. Sony's handset division recently saw layoffs, and the company has voiced its intent to reduce costs in its hardware business. Hopefully consumer interest in the Z4v gives Sony some much-needed breathing room.