50%
Tweet
An epidemic of stolen cell phones has San Francisco district attorney George Gascón demanding that handset companies put a remote "kill switch" into the devices. They're blowing him off. Experts say that there's little upside in the kill-switch for Apple, Samsung and the other handset makers and that the scheme is probably impractical.

A kill-switch, designed to make a phone inoperable if activated, is an expensive, unwieldy option with current technology, according to industry experts. The idea behind such technology is to discourage smart phone theft, a rampant problem in American cities.

San Francisco District Attorney George Gascón found out just how resistant device manufacturers were to the idea in a recent conversation with Apple. Gascón approached the hardware manufacturer after earlier talks with wireless providers went nowhere, according to Stephanie Stillman, Gascón's communications director.

Gascón's conversation with Apple did have an unlikely consequence: the news that Apple CEO, Steve Jobs, influenced the design of two forthcoming iPhone designs. 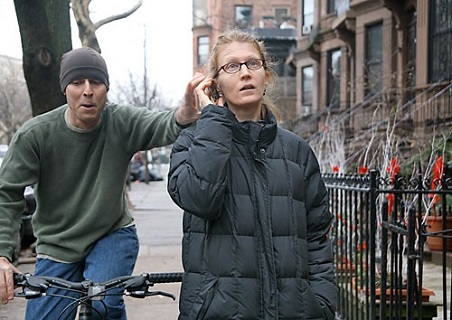 "He [Gascón] got frustrated on that conference call, because there was no will to make a kill switch," Stillman said regarding the conversations with carriers. Gascón told the SF Examiner that the "... apparent lack of interest in implementing kill-switch technology is fueled by profits."

It's no wonder the D.A. ran into trouble from the industry. "It's technically feasible, but the impact isn't high enough to drive anyone to do anything about it," said Ojas Rege, vice president of strategy at Mobile Iron.

Consumer and business markets are quite different, according to Rege. Unlike consumers, businesses will pay a premium for heightened security features. But what they're really concerned with isn't so much the device, but the data on the device. That's why they make sure they can wipe if a device is stolen.

The companies that work with Mobile Iron mostly use Apple devices, because that's what their employees ask for. "When the iPad came out in 2010, that was a huge shift," Rege said.

Consumers are also concerned with the data — which is why, Rege said, Apple and other manufacturers built remote wipe and tracking features. Samsung, for example, recently introduced wipe technology. But that's the most most people are willing to pay for.

The practical way to go about mobile security is at the carrier level, according to Neil Shah senior analyst global wireless practice at Strategy Analytics. Although it would be a complex and difficult process, carrier-level protection using international mobile equipment identity numbers — IMEIs — would, in fact, be able to prevent stolen phones from activation. To get there, though, would require cooperation amongst carriers. Both Shah and Rege believe that to be a major challenge.

Cooperation would need to be on a global scale to prevent the resale of devices in other countries. Since there are more than 500 carriers worldwide, Shah said, that would require considerable effort. It could "slow down the [theft] process," Shah said.

Even if such a database existed, there would likely still be some countries with carriers that don't participate, making them destinations for stolen phones.

Enabling such a database, Shah said, could require a third party like a non-profit to study the problem. "They should have a solid business case," Shah told BYTE, "about what is the net impact on consumers and operators in terms of value lost [to theft]." Rege agrees with Shah that a database of stolen phones is probably the most effective way to combat the problem. But he too, acknowledged the carrier participation problem.

Until something changes, like kill-switches adding a "competitive advantage" to a smart phone, it's unlikely that D.A. Gascón's wish will be granted.

So until then, don't update your Facebook status on public transit.

Apple, LG, Samsung, Asus, and Nokia did not return BYTE's request for comment.