Smart wearables are making their way into the enterprise, but are largely in the testing phase, according to recently released numbers from IDC. Among the potential uses is stepped-up security.

While wearables, typified by Fitbit's trackers and the Apple Watch, are making headway in the consumer market, IT pros and their bosses need to keep an eye on these devices as more are making their way into the enterprise, especially in the manufacturing field, according to new numbers from IDC.

IDC attributed Apple's decrease in shipment volumes to the company not launching a new model of its Watch.

(Editor's Note: On Sept. 7, a day after IDC's report was released, Apple held its own event to announce the iPhone 7, as well as a new smartwatch line dubbed the Apple Warch Series 2.)

But a look behind the numbers reveals that enterprises are starting to explore the potential of smart wearables -- although that trend is not yet enough to offset disinterest in the consumer market. 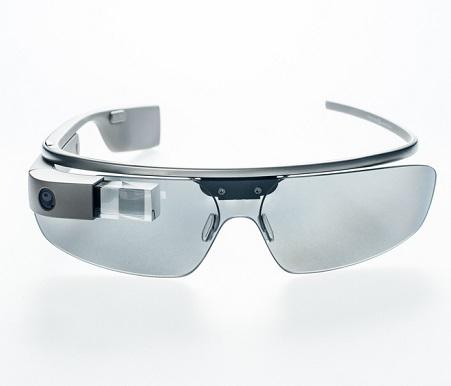 Specifically, enterprises such as manufacturing and science labs are starting to use smart eyewear in limited settings, said Jitesh Ubrani, a senior research analyst for IDC, and the coauthor of the Sept. 6 report. Ubrani told InformationWeek that IT is still trying to find where these types of devices fit within the larger enterprise.

"Right now we're in the very early stages of how this benefits [enterprises]," Ubrani said in a phone interview. "We're talking about very small pilot programs and not mass deployments, at least not yet. If businesses are not in pilots this year, they may be considering them for next year."

In addition to the few pilot programs, the number of offerings for enterprise-ready equipment is slim. Google's plans for its Glass remain a mystery, although some large enterprises are currently using it. Epson offers an enterprise-grade device, as does Atheer.

The two companies also announced in June that they have partnered to deliver a remote augmented reality collaboration platform. However, IDC does not count Microsoft's HoloLens as part of the wearables market, since it's only offered in a developers edition -- for now.

What Ubrani and his colleagues are seeing in the enterprise today, especially in manufacturing, are devices that free up a person's hands to do other work. Since these types of devices, which include smart glasses and headsets, use cameras, the technology also serves to document what an employee does.

[Read more about Microsoft and MIT creating a smart tattoo to control your phone.]

"For instance, if you had someone working in a lab, you could see if they consulted a training manual or if they were following procedures and know what they are pulling up through looking at the camera," said Ubrani. "It basically helps you document everything."

Another potential area for study is security. With the watchOS 3 release in the summer, Apple introduced Auto Unlock, which offers a different type of two-factor authentication by using the Apple Watch. Ubrani noted that many other vendors, including Microsoft, are also exploring whether wearables can help improve enterprise security.

However, the most significant business use for wearables remains with the HR department and corporate wellness programs, in which employees are given devices to help monitor their health. The programs can offer a number of incentives for the employee, as well as the employer -- including better healthcare rates.

Scott works with the editors and editorial directors of InformationWeek, Dark Reading, and Network Computing to help build audience engagement for all three publications. He also oversees editorial newsletters for InformationWeek and works as the day-to-day news editor for ... View Full Bio
We welcome your comments on this topic on our social media channels, or [contact us directly] with questions about the site.
Comment  |
Email This  |
Print  |
RSS
More Insights
Webcasts
People Are The Most Important Part of Autonomous SOC
Nip Ransomware in the FUD: Detecting Attacks Pre-Encryption
More Webcasts
White Papers
Trustwave Global Security Report
How Secure Are Your Endpoints?
More White Papers
Reports
The Infoblox Q4 2020 Cyberthreat Intelligence Report
The State of Cloud Computing - Fall 2020
More Reports