50%
Tweet
Less than 2 months after release the Galaxy S III is Samsung's fastest selling smartphone. With the iPhone 5 not expected till October, sales should remain strong for months.

In June, Samsung executives predicted sales of 10 million Galaxy S III smartphones by the end of July. The company now claims to have hit that target.

A Samsung executive told reporters in Korea that more than 10 million Samsung Galaxy S IIIs have been sold less than 2 months after the phone's release, making it the company's fastest selling smartphone, according to the Korean news agency Yonhap. This works out to about 190,000 Galaxy S3s being sold every day since it was first unveiled on May 29 in London.

Apple's iPhone 5 is not expected to be released until October, clearing the road for strong sales of the Galaxy S III through the current quarter.

The Samsung Galaxy S III launch event was glitzy and the phone packed with cutting edge features. Click here for the report of the launch event. 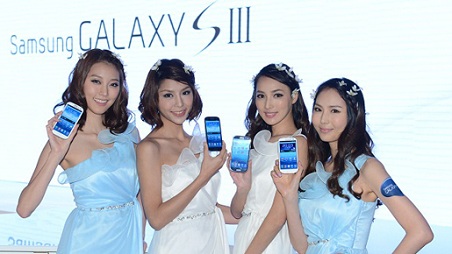