Samsung is preparing two smartphones with bendable displays for early 2017, according to a new report in Bloomberg. The company is hoping to create new technology to spur smartphone sales.

The latest numbers from IDC say smartphone growth will nearly flatline in the year ahead. That means smartphone manufacturers will need to do more to make their devices stand apart from the crowded field of monoblock slabs.

To counter that trend, Samsung has something drastic in mind, according to Bloomberg.

Samsung, looking to differentiate itself from competitors, may introduce two new smartphones with bendable screens. One screen will be able to fold completely in half, while the other will be able to expand from a phone-sized screen to a tablet-sized screen. The devices -- dubbed Project Valley -- are on deck for a January or February 2017 debut. That would make them the potential stars of the CES or MWC trade shows, which take place in those months. 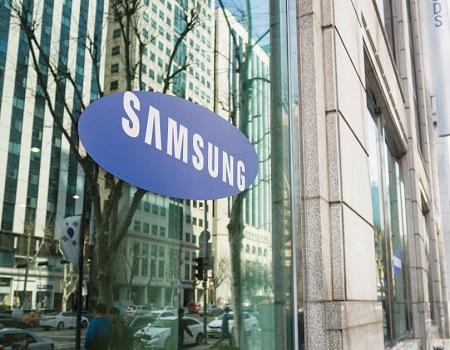 The first phone will resemble a cosmetic compact or old-style flip phone, says Bloomberg's unnamed source, while the second will have a somewhat more traditional appearance, with a 5-inch screen that unfurls to become an 8-inch screen. Both devices will rely on OLED screen technology, which is more amenable to taking on different shapes than LCD screen technology. Samsung's OLED displays are brighter, thinner, and more power efficient than LCDs.

Samsung has long played with alternate form factors for its handsets.

The company debuted one of the first curved smartphones, called the Galaxy Round, in the fall of 2013. The phone was somewhat flexible and gently curved from side-to-side.

[Read how Samsung is building an IoT-dedicated network.]

Later, Samsung brought out the Galaxy Note Edge, which had a curve on one side of the screen. The Note Edge was ultimately followed by the Galaxy S6 Edge, S6 Edge+, and S7 Edge, all of which have two curved side edges.

LG rolled out a curved phone, too, called the LG G Flex, in early 2014. The G Flex was successful enough for LG that it brought an updated version to market in early 2015. LG relied on plastic OLED displays for its curved phones.

The company is widely expected to debut its next-generation Galaxy Note smartphone in August.

The Galaxy Note series has been popular since its 2011 debut, which kicked off the phablet fad thanks to its enormous display. Interestingly, many believe Samsung will call the device the Note 7, despite the fact that there is no Note 6. The move will be purely for branding purposes, so Samsung's Note and S series devices are using the same number during the sale calendar year.