Peter Lau, the CEO of OnePlus, wants to break large smartphone makers' stranglehold on the market with a new, low-cost smartphone. The OnePlus One offers all the features of devices like the Samsung Galaxy S5 and the HTC One, but at half the cost. Lau's startup is ambitious, but it faces a grueling uphill climb against established incumbents.

The OnePlus One ships with CyanogenMod, a version of Android 4.4 KitKat that's been strengthened and modified by the open-source community of the same name. CyanogenMod is very close to a stock version of Android, but it is more secure (e.g., SMS conversations are encrypted) and includes unique features such as Voice Wakeup and on-screen gestures. It looks slightly different, too, thanks to reimagined icons and graphics. OnePlus claims the One will be supported with operating system updates for two years. 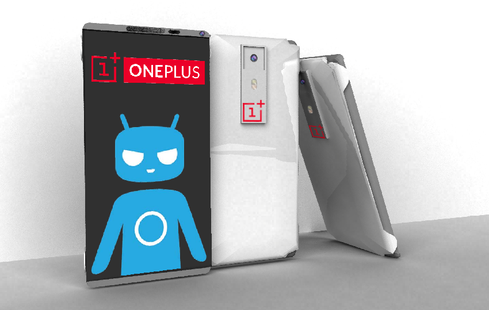 The hardware boasts some impressive specs. The 5.5-inch display is protected by Gorilla Glass 3 and offers full HD resolution. Qualcomm's new Snapdragon 801 processor is under the hood, with four cores clocked at 2.5 GHz each. The processor is mated to a 3-GB RAM module. OnePlus picked a 13-megapixel Exmor camera sensor from Sony for the One. The lens has six pieces of glass and an aperture of f/2.0 for low-light performance. It can capture 4K (Ultra HD) video and uses three microphones to help eliminate noise. The front-facing camera is 5 megapixels.

[Can Samsung compete with Apple and Google in the software market? Read Samsung's Next Frontier: Apps.]

The device connects to most major GSM-based networks around the world, including AT&T's in the US, thanks to support for multiple HSPA/LTE bands. Other radios include Bluetooth 4.1, dual-band Wi-Fi and GPS. The One includes a 3,100mAh battery, but OnePlus didn't provide battery life estimates. The phone will be sold with either 16 or 64 GB of storage, but it doesn't support microSD cards. The device includes USB 3.0 and QuickCharge 2.0 for dramatically reduced charging times.

OnePlus is taking a page from Motorola by offering a wide range of back covers for the One. Some are made from bamboo, Kevlar, and even denim and cashews. The front of the device will be either black or white, but the interchangeable backplates allow owners to customize it.

The One's killer feature, however, isn't buried in the spec sheet: The device will cost only $299 for the 16-GB model and $349 for the 64-GB model. Those price points undercut the Google Nexus 5, which sells for $349/$399. More importantly, the One is half the price of the Galaxy S5, LG G2, HTC One, and other premium smartphones that retail for $649.

The One may be cheap, but it has a major disadvantage: It won't be sold by carriers in the US. Instead, OnePlus will sell the One directly through its website when the device becomes available later this year. Customers in the US typically buy their phones at carrier-owned stores. The lack of carrier support is one issue, but marketing is another. Samsung, HTC, and others have ramped up their marketing budgets to drum up sales of their flagship smartphones. As a startup, OnePlus doesn't have the ad budget to compete with the deeper pockets of Samsung and HTC. Convincing US consumers to buy a phone they've never heard of from a company they've never heard of will be challenging at best. OnePlus may have better luck in other markets around the world.

OnePlus said the One will go on sale by the end of the second quarter.