ShenZhen, China-based startup OnePlus shook the high-end smartphone market last year when it produced a well-designed smartphone with the same (or better) specs than premium models -- such as the Apple iPhone and Samsung Galaxy S6 -- and sold it for half the price. Now, version 2 is hitting the market with a new Android OS.

ShenZhen, China-based startup OnePlus unveiled its latest smartphone, the OnePlus 2, today. The device, available for purchase by invitation only, will begin shipping to the US, Europe, and India on August 11 for $329-$389 depending on model. The device will ship to Malaysia, Indonesia, and Singapore during Q4 2015.

OnePlus shook the high-end smartphone market last year when it produced a well-designed smartphone with the same (or better) specs than premium models -- such as the Apple iPhone and Samsung Galaxy S6 -- and sold it for half the price. With its slogan "Never Settle," OnePlus has been praised by some industry observers for delivering a superb smartphone and selling it directly to its fan base without any retail partners.

While the OnePlus One runs a modified version of CyanogenMod's Android OS, the "2" features OnePlus's own Android flavor, OxygenOS, which is based on Android 5.1. Various reasons were reported for the OS switch. Last year, Cyanogen was incorporated, and it announced plans to commercialize its CyanogenMod, which until then had been an open source community-based platform. Earlier this year, Microsoft reportedly took part in a $70 million investment round for CyanogenMod. 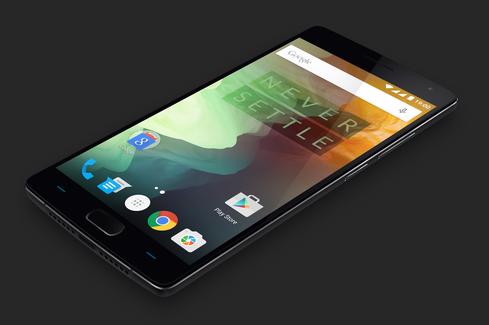 The OnePlus 2 OxygenOS has some interesting features, including:

Beyond its OS, the OnePlus 2 smartphone shares most of the features of its predecessor, with an aluminum-magnesium alloy frame and jewelry-grade stainless steel. Weighing only 175 grams, the OnePlus 2 5.5-inch display is designed for viewing in direct sunlight with 178-degree clear viewing angles. The 3300mAh battery is meant to deliver the power needed during the day, and the device supports two Nano SIM cards with 4G LTE capability.

[ What good is a kill switch? Read iPhone Kill Switch: How Effective Is It? ]

Last year the company made a point of focusing on the quality and make of the components of the OnePlus, including the rear camera sensor, a Sony Exmor IMX 214, the Corning Gorilla Glass 3 screen, and the NXP PN65T NFC controller. This year, only functionality and performance are listed. Apart from the 64-bit Qualcomm Snapdragon 810 processor, there is no mention of the other components' make and model.

Another key difference between last year's OnePlus and this latest version is the lack of NFC support. In order to reduce the bill of materials, the company had to cut back on some functionality. In an email to InformationWeek, OnePlus said the reason for dropping NFC was that most people never use it. A spokesperson wrote: "While NFC acceptance is growing, it is not as widespread as originally thought. We built the best device focusing on what users really need and use."

Screen and camera specs are similar to those on the OnePlus One. While the "2" features an advanced laser focus system and optical image stabilization, the resolution of 13 megapixels for the rear camera and 5 megapixels for the front cameras match the previous model. While the OnePlus One uses a Sony Exmor IMX 214 sensor, the "2" uses a new Omnivision device -- with large 1.3 µm light-collecting pixels -- intended to deliver high-quality pictures in low-light situations.

The screen resolution is still full-HD 1920 x 1080, but with a 5.5-inch IPS LCD 1080p In-Cell display with a 178-degree viewing angle and 600 nits brightness. The screen is protected with Corning Gorilla Glass, although there is no mention of the version.

Like the Apple iPhone and Samsung Galaxy S6, the OnePlus 2 is equipped with a fingerprint sensor. The company advertises that the sensor is faster than the iPhone's. It unlocks the phone in less than 500 ms and

Pablo Valerio has been in the IT industry for 25+ years, mostly working for American companies in Europe. Over the years he has developed channels, established operations, and served as European general manager for several companies. While primarily based in Spain, he has ... View Full Bio
We welcome your comments on this topic on our social media channels, or [contact us directly] with questions about the site.

For a high spec long feature list top of the line phone, this is LOWER cost if not low cost as the comparison is with top of the line Android and iPhone prices.
Reply  |  Post Message  |  Messages List  |  Start a Board

NFC is needed because Android ecosystem would slowly merge with IoT ecosystem keeping the functionality intact, and that is when you would require NFC to do certain tasks for you. Maybe in India NFC isn't that big a deal but it will render phones obsolete in 3 to 5 years if there is no NFC in phones.
Reply  |  Post Message  |  Messages List  |  Start a Board

@nasimson: maybe because China has a ton of competition and moreover Chinese are going gaga over the new Samsung and the iPhone as of now. Their purchasing power is more and not suited for. Such companies that keep low purchasing power markets in their crosshairs.
Reply  |  Post Message  |  Messages List  |  Start a Board

@sachinee: iPhone would always sell more than any type of smartphone because people are obsessed with Apple, just like you and I. OnePlusOne was really a sensation and it's still selling strongly .
Reply  |  Post Message  |  Messages List  |  Start a Board

@nasimson, NFC is not something you don't use. It is critical for any contacless application and an important part of the Android ecosystem.

Most phones have basic NFC functionality, and can be used for payments. security, changing profiles, etc. There are many applications appearing every day.

where 60% of people say No NFC is a deal breaker.

Why pay for something that you dont use and are not likely to use? NFC is not used by most people so I'd consider it quite smart on their part not to over-engineer the phone with unncessary specs.

It exchanges minimum 3 hands in the channel before it reaches the consumer, so at average of 3% margin per channel partner, this would add up to 10% of device price. But without any channel partners how do the return logistics work for warranty and claims?

Interestingly enough the China based company didnt sell in China in the first go!
Reply  |  Post Message  |  Messages List  |  Start a Board

SachinEE, well, I wouldn't say unnecessary. For many people, including myself, the OS is important. I see the OnePlus 2 as a competition for Samsung, not for Apple. -Susan
Reply  |  Post Message  |  Messages List  |  Start a Board

When I started to look at the specs for the article I was astonished that there was no mention of NFC. I haven't seen any mid-range to high-end Android smartphone without NFC in the past two years.

The OnePlus One uses one of the best NFC controllers in the market, NXP's PN65T, and NXP ships a OnePlus One with its developing kit for smartcard and payment applications.

But keeping NFC adds another component, and weight, to the phone. And it could mean breaking the $400 price barrier.

The company claim that few people use NFC might be true, but applications such as Apple Pay cannot exist without it.
Reply  |  Post Message  |  Messages List  |  Start a Board
Page 1 / 2   >   >>
Editors' Choice
Hot Topics