Nokia Lumia 900 smartphone sales have exceeded expectations, AT&T says. But two analysts give Nokia only six months to turn itself around. 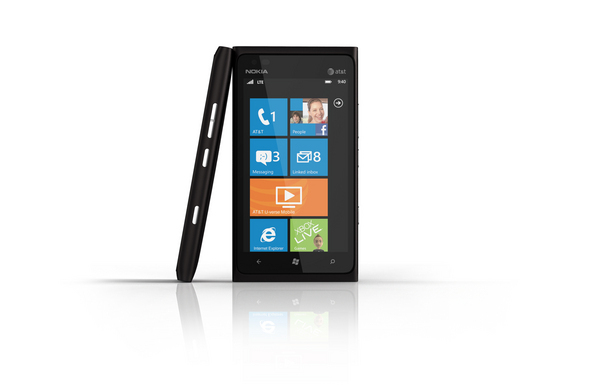 Mobile World Congress: 10 Hot Devices
(click image for larger view and for slideshow)
Nokia's bid for revival launched in earnest on April 8 when the Lumia 900 went on sale at AT&T stores in the United States. The company has hinged the future of its smartphone business--and the entire company, really--on Microsoft's Windows Phone platform. Nokia badly needs the Lumia 900 to be a hit.

The Lumia 900's launch was more like a stumble, though. Many AT&T retail stores were closed on April 8, Easter Sunday. This dampened first-day sales expectations a bit. Worse, a software bug prevented some 900s from properly accessing AT&T's network. That led the company to apologize and offer a $100 credit to 900 owners, as well as put the device on sale for $0.00 until April 21.

Despite all that, at least one AT&T exec went on the record touting the launch as successful. Speaking to The Wall Street Journal, Paul Roth, AT&T's president of retail sales and service, said sales of Nokia's Lumia 900 have exceeded expectations.

"They gave us devices to give to our employees at a level I've never seen a manufacturer ever do," said Roth. Giving the handset to employees does a few things. First, it allows them to become more familiar with the device. Second, it ups the chance that those reps will recommend the handset to prospective smartphone buyers. "Nokia did something pretty bold here."

[ Thinking about buying one of these new phones? Read Lumia 900: 5 Critical Questions Before You Buy. ]

Nokia itself is crowing about the 900's first week of sales. In a post on the Nokia Conversations Blog, the company points out that the Lumia 900 has been atop Amazon's best-seller list nearly all week. User reviews of the device on Amazon.com have also been mostly positive.

But not everyone is seeing roses and rainbows.

Both IHS analyst Ian Fogg and Canalys analyst Peter Cunningham give Nokia's turn-around effort just six months. They said that if the company can't resurrect its financial performance with its huge bet on Microsoft's Windows Phone, it will need to pursue (yet) another strategy to fix things.

"Nokia stands on the brink of failing with its smartphone strategy, again," said Fogg in a note to investors. "Nokia's Lumia range [has] been on sale for four months, but Nokia is struggling to achieve sales traction. For every Lumia smartphone shipped in Q1, Nokia shipped five smartphones running the legacy Symbian OS that Nokia is winding down."

Fogg is concerned with overall sales numbers and with the average sales price of Nokia's smartphones. "If shipments are struggling but ASP's are good, then a handset maker always has the option of sacrificing a degree of per-device revenue to drive adoption. Nokia has a little tactical room, but it will rapidly vanish unless the results improve in Q2 and Q3."

He lays some of the blame at Microsoft's feet, however. "Nokia's poor results with Windows Phone are not due to Nokia's failures. The Lumia devices have attractive and differentiated industrial design, in a smartphone market where every handset maker is struggling to stand out. Nokia shipped the launch devices on time and at attractive prices. Nokia's problem is that Microsoft appears to have stood still. A year and a half after Windows Phone 7's debut, it has changed little. In effect, the gap in features between Windows Phone and Android or the iPhone has widened and not shrunk as Nokia needed it to."

Hopefully that will change with the arrival of Windows Phone 8, known as Apollo. Unfortunately, Microsoft has shared few details about Windows Phone 8 and its capabilities.

Canalys' Cunningham shares Fogg's viewpoint. Nokia "is still in the middle of its transition to Windows Phone, but it doesn't have the luxury of time," he said to Reuters. "The next six months will be critical in the company's long-term future. The Lumia 610 needs to be a success, and [Nokia] needs some hit products in the market in time for Christmas."

Nokia is certainly in an unenviable position. It needs the 900 to be a success if its Windows Phone strategy is to succeed. The 900 may have launched in the United States first, but it will reach a wider range of markets later in the year. Without the 900 to keep Nokia in the game, it may not have the resources to continue playing if its Windows Phone strategy falls flat.

If it does, Nokia's only remaining option may be to adopt Android, which the company has previously likened to the same as completely throwing in the towel.

InformationWeek is conducting a survey on the state of enterprise applications and business processes and organizations' priorities in evolving technology over the next 12 to 24 months. Upon completion of our survey, you will be eligible to enter a drawing to receive an 32-GB Apple iPod Touch. Take our Enterprise Applications Survey now. Survey ends April 20.

Nokia has a couple of Fallback options that COULD do O.K. for them. Go back to pushing Symbian, at least for the next year or, and continue the great start of Meego. Meego is Linux based and with a little effort could be made the darling of Linux based phones and adopt some Linux code to immediately have a nice installed based of softare to do a variety of things.
Stephen Elop tried to force Windows Phone on Nokia customers. Some will adopt it, but others have taken a wait and see. If Nokia would release a Meego E7 like phone (N9 with Landscape Physical Qwerty keyboard, I suspect it will do reasonably well with many Blackberry users who are looking for a replacement for their aging Blackberry platform). Since it has been reported that the N9 has already been hacked to allow dual boot of Meego and ICS from Android, then this also gives customers hope that the Meego platform would give them the Anrdoid option as a fall back.
Reply  |  Post Message  |  Messages List  |  Start a Board

Just got an ad from my cell carrier to upgrade to one of 20 new phones. The market blurb for Lumia was "ItGÇÖs got familiar names like Internet Explorer-« 9 Mobile and Bing-« to help you experience sites like theyGÇÖd appear on your PC", while the Android phone next to it touts "With a supercharged 1.5 GHz dual core processor and theoretical peak download speeds of 42 Mbps, this smartphone allows you to browse the web faster than on home Internet... preloaded with Netflix, TV with Mobile HD, and the Samsung Media Hub".

Nokia is doomed on two counts. A) Microsft as a brand is DEAD, DEAD DEAD to consumers as a high end OS (OF ANY KIND). It's an acceptable OS as a "free" OS you get with whatever device but no one goes out f their way to buy anything MS. They'll buy an Xbox to play COD - but no one buys an XBox because MS; name is on it. Buy a WIN PC? If it's $400 or below - same with WIN mobile OS - it's worth exactly $0 to the value placed on a smartphone. At last with PC's, the next closest choice is $500 away with a mac so WIN PC are a cheap choice - a luxury of sales not afforded with smartphone because of Android. WIn Mobile is a long distance from Android in app counts and in making people learn a 100% new OS - with Android, you have an acceptable copy of IOS. and B) Of course Nokia chose WIN Mobile - who else would pay them to use their OS? Plus, their arrogance is that with the Nokia name stamped on the front, people would buy any OS (never mind the low res screen, camera and annoying block OS) ... unfortunately, WIN OS might surpass BB in market share but will never break more than 5-8% smartphone market share.
Reply  |  Post Message  |  Messages List  |  Start a Board

One thing these analysts don't seem to be familiar with is new product introduction (or NPI). You don't keep pushing software updates (Microsoft) out at a rapid pace when you are just getting the hardware platform that runs it finished as well. The two schedules have to mesh or disaster looms. In six months time, we will see a much better (and certainly clearer) picture of how this will play out.
Reply  |  Post Message  |  Messages List  |  Start a Board
Editors' Choice
Hot Topics