Nokia announced Android-based smartphones Monday at Mobile World Congress. Such a move had been rumored for months, but many commentators wondered if the alleged project would survive Nokia's impending absorption into Microsoft, which bought the company's device business last September for $7.2 billion.

Despite all the speculation, Nokia's announcement didn't reconcile neatly with all expectations. For starters, the new phones' Android-based Nokia X operating system bears little resemblance to the Android UI most users know. It also doesn't include access to the Google Play store. And that's not to mention the obvious complexities Nokia X presents for Microsoft's Windows Phone messaging.

Nevertheless, this move could be the pragmatic approach Microsoft needs to establish itself as a legitimate mobile player. Here are six things to know about Nokia's new smartphone platform.

1. What is Nokia X?
The Nokia X platform is built on top of the Android Open Source Project (AOSP). Unlike Google Mobile Services, the program under which most of the highly regarded Android devices are built, AOSP doesn't require that devices meet certain base specifications. But by opting for AOSP, Nokia loses access to services such as the Google Play app store.

Even without the app store, Nokia X can still run Android apps, however (see below). Its custom UI also includes nods to both Windows Phone, whose tile-based interface is mimicked in the Nokia X home screen, and Nokia's Asha, whose Fastlane apps populate a second screen. Nokia X will come preinstalled with Microsoft services such as Skype and OneDrive, as well as popular Nokia apps, such as its Pandora-like Mix Radio. 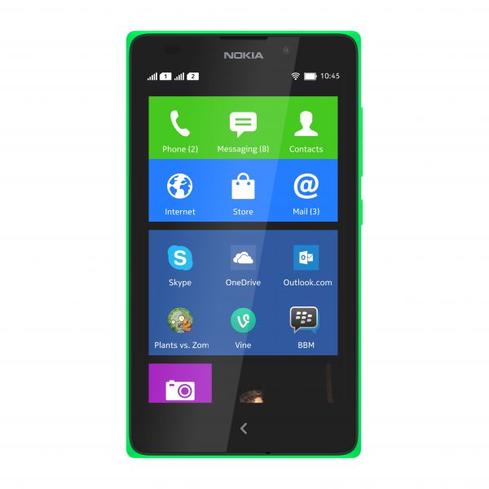 2. Will Nokia X run Android apps?
Despite lacking Google Play support, Nokia X will support Android apps. Nokia claims most Android titles can be published to the Nokia Store without modification. If an app requires tweaks, the company says its Nokia X analyzer tool can reduce porting time by identifying required changes. In addition to claiming Nokia X provides developers with access to high-growth audiences, the company also touted its mobile operator billing network, which includes 160 operators in more than 60 markets, as an appeal for app makers.

As its name might imply, the XL has a larger screen -- 5 inches. That said, it has the same 800 x 480-pixel resolution as the other models, offering a