Verizon Wireless finally gets a high-end Windows Phone in the Lumia Icon from Nokia.

On Wednesday Nokia announced the Lumia Icon, a high-end Windows Phone that will be sold exclusively by Verizon Wireless. It carries over many of the appealing features found in the Lumia 1520, but packages them in a smaller, more usable piece of hardware.

The Icon is the latest Windows Phone to include a 1080p full HD display. It measures 5.0 inches on the diagonal, which puts the Icon on even ground with competing smartphones such as the HTC One, the LG G2, and the Samsung Galaxy S4. Its OLED panel uses Nokia's ClearBlack technology to improve contrast and outdoor viewability. It is protected by Gorilla Glass 3, and is sensitive enough to be used when wearing gloves -- something field techs will appreciate. The most significant benefit of the display is the higher resolution. The added pixels mean the Icon is able to show more Live Tiles on the Start Screen, as well as more content inside individual apps, than is possible on older Windows Phone hardware.

A Qualcomm quad-core processor -- the venerable Snapdragon 800 -- is under the hood, with each of the four cores clocked at 2.2 GHz. The processor is accompanied by 2 GB of RAM and 32 GB of internal storage. The Icon has a 2,240 mAh battery, but Nokia did not offer initial battery life estimates. The Snapdragon chip is both powerful and efficient.

Connectivity options run the gamut. Naturally, the Icon supports Verizon's LTE 4G network, but it is also a World Phone, which means owners can roam onto HSPA+ networks across Europe and portions of Asia. This is critical to appeal to traveling business professionals. Other radios include dual-band Wi-Fi, secure NFC, Bluetooth 4.0 Low Energy, aGPS, and GLONASS. Sensors abound, such as a 3D accelerometer, a proximity sensor, a magnetometer, an ambient-light sensor, and a gyroscope. 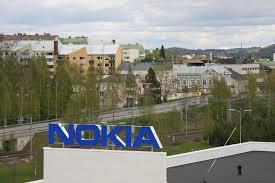 Nokia continues to set its Windows Phone devices apart with customized software and applications, and nowhere is that more apparent than with the camera. To start, the Icon includes a PureView 20-megapixel sensor with Zeiss optics and optical image stabilization. The lens has a wide aperture of f/2.4. The Icon features dual LED flashes to improve images and video. The Icon includes Nokia's best camera software, which gives photographers an incredible amount of control over the behavior of the camera.

The camera has another neat trick: It offers lossless zoom when shooting 1080p HD video. Because the Icon uses PureView technology, it has pixels to spare. Owners can zoom in up to 3x and still capture full HD resolution video without losing a pixel. Further, the Icon has four high-dynamic-range microphones that can capture high-pressure audio without distortion. That means you can take the Icon to a concert and capture clean audio to go with the 1080p visuals.

[It looks like a software update will soon be available for Windows Phone. Read Microsoft Windows 8.1 Update Takes Shape.]

Other Nokia-specific apps onboard include Nokia StoryTeller for piecing together slide shows, HERE Maps with Livesight for augmented reality search, MixRadio for free music streaming, Nokia Beamer for sharing the phone's content with nearby screens, and Cinemagraph for creating a blend of photos and animations. The device runs Windows Phone 8.0, with the GDR3 and Nokia Black system updates installed. It offers all the same Windows Phone tricks available on other Microsoft devices, including OneDrive, People Hub, and Photo Hub.

The Icon jumps straight to the top of Verizon's Windows Phone stable, though that is admittedly small at this point. Nokia needs high-end devices in order to compete better with the best Android smartphones, as well as the iPhone. The Icon does a solid job of that.

The Nokia Lumia Icon will be available from Verizon Wireless both online and in stores beginning February 20. It costs $199.99 with a new two-year contract.

Mobile, cloud, and BYOD blur the lines between work and home, forcing IT to envision a new identity and access management strategy. Also in the The Future Of Identity issue of InformationWeek: Threats to smart grids are far worse than generally believed, but tools and resources are available to protect them. (Free registration required.)