Nexus 6: Where In The World Is It? - InformationWeek

The annual roll-out of Nexus handsets is the exact opposite of iPhone launches. When Apple begins selling new phones, customers line up at stores around the world and 10 million of them walk away with their new precious by the end of the first weekend. Google doesn't operate this way, much to the chagrin of Android lovers everywhere.

Ostensibly, consumers should be able to order a Nexus 6 online. At the moment, however, it's practically impossible to do so. Google began accepting preorders for the phone on Oct. 29. It immediately sold out, but Google said to check back each Wednesday for more stock. The best time to do so is about 1 p.m. Keep in mind, Google sells only the unlocked version of the phone for the full retail price of $649. The unlocked version is free of carrier software and will work on either AT&T or T-Mobile's LTE 4G networks in the U.S.

Speaking of AT&T, the company has provided some details about its Nexus 6 launch plans. AT&T customers can preorder the Nexus 6 from AT&T beginning Wednesday, though AT&T didn't say when the device will ship or reach is retail stores. Consumers can choose several different payment methods when buying the Nexus 6 from AT&T. AT&T will sell you the Nexus 6 for $683 with no contract commitment or for $250 for a two-year contract. If monthly payments are more your speed, the device is also available via AT&T Next installment plans. It costs $22.77 with Next 24, $28.46 with Next 18, and $34.15 with Next 12. For a limited time, AT&T is offering new and existing customers a $50 discount on the Moto 360 smartwatch when purchased with the Nexus 6.

[And Microsoft does things its own way. Read Microsoft Lumia 535: First Non-Nokia Smartphone.]

T-Mobile was supposed to commence sales of the Nexus 6 on Wednesday, but it cancelled those plans at the eleventh hour. In a tweet posted to T-Mobile's official Twitter account, the Uncarrier said it is delaying its launch of the Motorola Nexus 6 to November 19 "to give customers the best experience possible." An unconfirmed report from TMoNews suggested that a Motorola hasn't delivered the handset yet to T-Mobile, and that's why it delayed the Nexus 6 launch to next week. 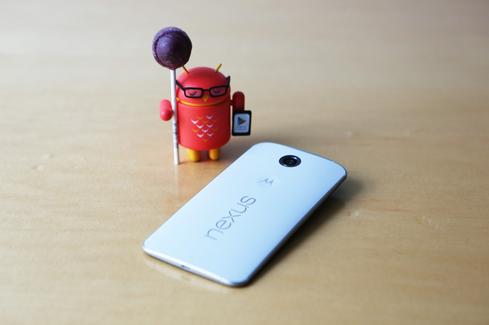 Last, consumers can (again, ostensibly) buy the Nexus 6 directly from Motorola. Motorola began accepting preorders for the Nexus 6 on its U.S. website last week. Both the white and blue models are available in 32GB and 64GB variants for $649 and $699, respectively. Motorola is selling the unlocked GSM model at the moment. Motorola has not announced shipping times.

Eric is a freelance writer for InformationWeek specializing in mobile technologies. View Full Bio
We welcome your comments on this topic on our social media channels, or [contact us directly] with questions about the site.
Comment  |
Email This  |
Print  |
RSS
More Insights
Webcasts
How Elite Analyst Teams are Transforming Security with Cyber Reconnaissance
Building the SOC of the Future: Next-Generation Security Operations
More Webcasts
White Papers
How to Prioritize Risk Across the Cyberattack Surface
All In, Online Gaming & Gambling
More White Papers
Reports
Building an Effective Cybersecurity Incident Response Team
DNS Network Traffic Volumes During the 2020 Pandemic
More Reports

Playing hard to get is a strange strategy in consumer tech, but Google has always been subtle about the Nexus devices. Probably because it's not the product that pays Google's bills -- that is, and will remain, search advertising. I'm sure Android's ridiculously high market share number (85% last I checked) also contributes to its laissez faire marketing approach.
Reply  |  Post Message  |  Messages List  |  Start a Board
Editors' Choice
Hot Topics