Google's new Nexus smartphones are beginning to take shape ahead of the company's press event scheduled for Sept. 29.

Nothing remains a secret on the internet for long, including the Nexus 5x and Nexus 6p, two new Android smartphones on deck to replace the outgoing Nexus 6. Google's handsets are expected to make their official debut later this month, but plenty of details are already available.

Thanks to a major slip-up by Amazon.com, we also have a basic list of specs for the Nexus 5x. The 5x is the smaller of the two and includes a 5.2-inch full HD screen. The handset will be powered by Qualcomm's Snapdragon 808 processor with the cores clocked at 1.8 GHz. The phone will have 2 GB of RAM and is expected to be sold in 16GB and 32GB variants. The main camera will be able to capture 12.3-megapixel images, while the user-facing camera can snap 5-megapixel selfies. The Nexus 5p is believed to carry a 2,700mAh battery, and it will be sold in white, blue, and black. 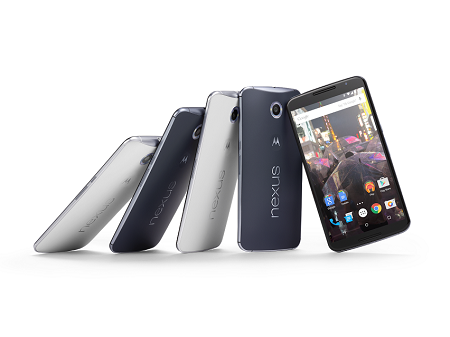 The Nexus 6p is more of a flagship phone. It will have a 5.7-inch screen with an unknown resolution (at least full HD). The troubled Snapdragon 810 processor will form the engine, but RAM and clock speeds haven't yet been divined. The Nexus 6p is expected to be available in 32GB, 64GB, and 128GB variants, and will also come in white and/or black. Details about the camera and other features are still fuzzy. One thing is for certain: The Nexus 6p will cost more than the Nexus 5x.

Both handsets will run Android 6.0 Marshmallow at launch. Marshmallow is the next-generation platform from Google that adds tons of features, such as Google Now On Tap and App Links. Images of the Nexus phones show fingerprint readers on both, which means they'll likely support Google's burgeoning Android Pay mobile payment service.

Google plans to make several announcements during a Sept. 29 media event in San Francisco. The Nexus 5x and Nexus 6p are an all-but certainty for the show. Other reports suggest a new Chromecast may also be on deck for the event.

[Will Android Pay dominate the US market? Read: Google's Android Pay Challenges Apple Pay in US.]

With the new Nexus hardware ready to reach the market, last year's Nexus 6 is being discounted heavily across the Web. Google itself is charging $500 for the phone, which is a discount of $149. Amazon is charging $349 for the phone, and the Nexus 6 can be found on eBay (new) for as little as $299. The Nexus 6 has plenty of technology on board to keep it relevant, and the phone will continue to receive system updates from Google for at least another year.

Eric is a freelance writer for InformationWeek specializing in mobile technologies. View Full Bio
We welcome your comments on this topic on our social media channels, or [contact us directly] with questions about the site.
Comment  |
Email This  |
Print  |
RSS
More Insights
Webcasts
Protecting Your Enterprise's Intellectual Property
Making Cybersecurity Work in Small and Medium-Sized Businesses
More Webcasts
White Papers
How to Prioritize Risk Across the Cyberattack Surface
All In, Online Gaming & Gambling
More White Papers
Reports
Building an Effective Cybersecurity Incident Response Team
DNS Network Traffic Volumes During the 2020 Pandemic
More Reports