Net Neutrality: Enjoy The Pause Before The Fight - InformationWeek

0%
Tweet
With the official release of the FCC's Open Internet Order, opponents -- including politicians in the US and abroad, as well as telecommunications carriers -- are expected to launch a protracted fight.

After more than a year of debate and unprecedented public comment, the Federal Communications Commission on Thursday released its Open Internet Order, designed to ensure network neutrality -- the non-discriminatory treatment of Internet data. But many see this as the opening salvo in a long and protracted battle, with opponents, including politicians in the US and abroad and telecommunications carriers such as AT&T and Verizon, expected to challenge the new rules.

The most controversial aspect of the net neutrality rules – the reclassification of mobile and fixed broadband companies as common carriers under Title II of the Communications Act – became widely known when the FCC voted 3-2 to approve the order last month. But the details, all 400 pages of them if you include commentary from the FCC commissioners, have only now emerged. Beyond the Title II reclassification, the substantive portion of the order is relatively small.

The rules prohibit broadband providers from blocking or impairing "lawful content, applications, services, or non harmful devices, subject to reasonable network management." They forbid prioritization of Internet traffic – paid, for non-monetary consideration, or for an affiliated entity – unless approved by the FCC upon proof of the absence of harm. And they forbid broadband providers from coming between Internet users and application providers to demand tolls or deny access. What qualifies as "reasonable network management" will end up being determined by the FCC on a case-by-case basis.

In the past, the FCC has defined the term thus: "A network management practice is reasonable if it is appropriate and tailored to achieving a legitimate network management purpose, taking into account the particular network architecture and technology of the broadband Internet access service."

President Barack Obama voiced strong support for the FCC decision last month, noting that it "will protect innovation and create a level playing field for the next generation of entrepreneurs …" In doing so, the President gained support from millions of Americans who urged the FCC to implement strong net neutrality protections. 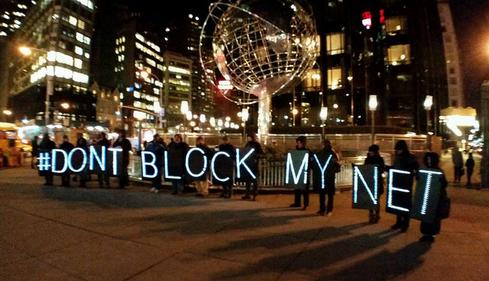 But opposing politicians remain unconvinced. The two Republican FCC commissioners (Ajit Pai and Michael O'Reilly) issued statements of dissent in conjunction with the publication of the FCC order. AT&T and Verizon, companies that will be deprived of revenue opportunities under the rules, have objected to the imposition of a legal framework developed in the 1930s and have indicated their intentions to fight on in the courts and in Congress. And over in Europe, German chancellor Angela Merkel has voiced support for the sort of tiered service that the FCC has disallowed. This is a battle that will continue for years.

[ Which US presidents grok technology? Read 9 Most Tech-Savvy Presidents. ]

In an interview with InformationWeek, Jeff Lawson, CEO of Twilio, a cloud-based communications platform, said he favors net neutrality rules. "We believe it's in the interest of industry, of innovation, of consumers to have choice, and to make sure that the pipes they're using don't make the choice for them."

Lawson points to the varying rules that telecom companies apply to SMS messaging as an example of what happens when there's no net neutrality. With voice, he said, the carrier cannot interfere with your ability to make or receive calls because of common carriage rules. But those rules don't apply to SMS messaging.

"We never have an issue with voice calls," said Lawson. "They proceed unimpeded over the network. But [with] messages and SMS, carriers have a lot of somewhat arbitrary rules that you have to abide by – and they're different between carriers – to make sure messages are successfully delivered. Even pricing can be arbitrary and discriminatory."

Thomas Claburn has been writing about business and technology since 1996, for publications such as New Architect, PC Computing, InformationWeek, Salon, Wired, and Ziff Davis Smart Business. Before that, he worked in film and television, having earned a not particularly useful ... View Full Bio
We welcome your comments on this topic on our social media channels, or [contact us directly] with questions about the site.
Comment  |
Email This  |
Print  |
RSS
More Insights
Webcasts
Unlocking the Ultimate Source of Truth in Cloud Security--Network Data
Using Artificial Intelligence, Deep Learning and Machine Learning for Cyber Defense
More Webcasts
White Papers
DevOps for the Database
2020 SANS Enterprise Cloud Incident Response Survey
More White Papers
Reports
The ROI Of SD-WAN: Not Just A Numbers Game
How IT Security Organizations are Attacking the Cybersecurity Problem
More Reports

Given that the providers will not be able to install toll booths quite as easily as its puppet, former cable lobbyist and now head of the FCC Wheeler, would have liked it to, I expect quite the protracted and otherwise bloviated ad nauseum battle rife with doublespeak and legalese all in a desperate attempt to ensure that the internet becomes exactly like cable TV -a thousand channels and absolutely nothing to watch because the only players are those with the pockets deep enough to pay to play.
Reply  |  Post Message  |  Messages List  |  Start a Board

It's sad to see how bought and sold some politicians are, either that or how incredibly not tech savvy enough to realize that the providers just want another way to make a buck by making some content pay through the nose to get their product to customers. Let's hope the net neutrality ruling stands after the money grubbers take it to court. And let's hope the politicians start looking at what's good for the people and not just what's good for the pocket book of the company that funds their campaigns.
Reply  |  Post Message  |  Messages List  |  Start a Board

Verizon and AT&T love to cry poverty with net-neutrality, which is rich considering between them they make over $15 billion a year in net profit.

Still, even if we are being totally fair and giving them their due, the bandwidth they want to charge websites for to prioritise traffic (read: penalise those that don't pay) has already been paid for. That's why we splash out on unlimited braodband packages.

Charging for it twice is not needed and it's greedy. I'm really glad NN has been protected, even for a little while.
Reply  |  Post Message  |  Messages List  |  Start a Board
Editors' Choice
Hot Topics