Motorola and Verizon Wireless revealed the Droid Turbo at an event in New York City Tuesday. It's the latest in a long line of Droids exclusive to Verizon's network. The smartphone is a compelling device with class-leading battery performance that could sway would-be iPhone and Galaxy S5 buyers towards Motorola.

The Droid Turbo has a 3,900mAh battery, which is significantly larger than the batteries found within the Apple iPhone 6, Galaxy S5, and G3. Motorola claims the device will run for 48 hours on a single charge. Further, the Droid Turbo supports Motorola's Turbo Charge technology -- plugging it in for just 15 minutes will provide eight hours of battery life. Few phones can make that promise.

Beyond the battery, the Droid Turbo is a spec beast. The screen measures 5.2 inches across the diagonal and includes 2560 x 1440 pixels for quad HD resolution. The AMOLED screen is protected by Corning's Gorilla Glass 3, which is resistant to breakage. The phone's outer shell is made from metalized fiber or ballistic nylon, both of which Motorola says are tough enough to handle the trials and tribulations of an active lifestyle. The phone is not fully ruggedized, but the internal components have a nano coating that repels water. It won't protect against a dunk in the pool but will handle rain or sweat with no trouble.

[What does your choice of smartphone say about you? Read Smartphone Personality Test: Can You Judge Me Now?]

The Droid Turbo relies on Qualcomm's best processor. The 2.7-GHz quad-core Snapdragon 805 is joined by an Adreno 420 GPU and 3 GB of RAM for multitasking prowess. The 21-megapixel camera includes a handful of shooting modes and can capture both 4K (Ultra HD) and slow-motion video. The user-facing camera rates 2.0 megapixels and can capture full HD video for crisp one-on-one chats. It supports the expected series of radios, including LTE 4G, dual-band WiFi, Bluetooth 4.0, and GPS. 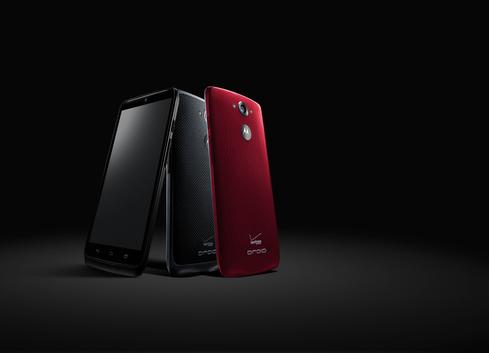 Motorola will ship the Droid Turbo with Android 4.4.4 KitKat installed but will upgrade it to Android 5.0 Lollipop shortly after launch. The phone has near stock user interface and is enhanced by several of Motorola's apps. Active Display is great at offering information on the lock screen at a glance, and Droid Zap is handy for sharing media content with nearby TVs, tablets, and smartphones.

Eric is a freelance writer for InformationWeek specializing in mobile technologies. View Full Bio
We welcome your comments on this topic on our social media channels, or [contact us directly] with questions about the site.
Comment  |
Email This  |
Print  |
RSS
More Insights
Webcasts
Enterprise Database Strategies for 2020
Securing Active Directory the Way it Deserves
More Webcasts
White Papers
Container Security Best Practices: A How-To Guide
A Guide to the Iranian Threat Landscape
More White Papers
Reports
The Threat from the Internet--and What Your Organization Can Do About It
Making the Financial Case for Outsourcing Endpoint Protection
More Reports

You are right - the battery life will vary a lot and it depends on what kind of app you will be using. If you play a lot with your smartphone, especially for data and game, then you can easily eat up the battery life in < 24h. Moto is trying to beat the weak point of all smartphones. But I am not sure how is the real-life performance.
Reply  |  Post Message  |  Messages List  |  Start a Board

48 hours on a single charge would be impressive, though I suspect that's with only minimal usage. Apps that send and receive lots of data are going to use a lot of power.
Reply  |  Post Message  |  Messages List  |  Start a Board

With the Droid Turbo, Motorola may just regain its former reputation as a mobile phone powerhouse along the same lines it had when the StarTac was its superstar product.
Reply  |  Post Message  |  Messages List  |  Start a Board

Weak battery life is the one constant gripe from smartphone users, especially iPhone users. It can make you miserable. So Motorola is smart to beat the big drum on its superior battery life. My last phone was a Droid Razr Maxx and though it had its flaws its battery life was consistently great (not 48 hours great but great). This model seems take battery to an even higher level.
Reply  |  Post Message  |  Messages List  |  Start a Board
Editors' Choice
Hot Topics