Motorola DROID 4: An Office In Your Pocket? - InformationWeek

50%
Tweet
Motorola's new Droid 4 is big and doesn't ship with Android 4.0, but it does fit both 4G LTE and some office tools in your pocket.

With the Droid 4--offered in the U.S. via Verizon on its 4G LTE network--Motorola wants you to take your work with you. The phone's hardware is certainly beefy enough to make that happen, but the software side is still a mixed bag, and the way you take your particular work with you might not be a fit for a phone.

Let's start with the hardware: the phone has a dual-core 1.2-GHz processor, a 4-inch 940-pixel-by-540-pixel screen, an 8MP 1080p camera (and a second, forward-facing 1.3MP camera), 16 GB of internal storage, support for microSD cards with up to 32 GB, a 1785 mAH battery, 802.11 b/g/n Wi-Fi, CDMA 800/1900 and LTE band 13 radios, HDMI, Bluetooth, autonomous GPS, and separately-sold docking hardware. The illuminated slide-out QWERTY keyboard makes the phone a bit chunkier than I'd like, but typing with the Droid 4 is a lot less painful than poking the screen would be. And admins will be happy to know that data on the device can be encrypted. 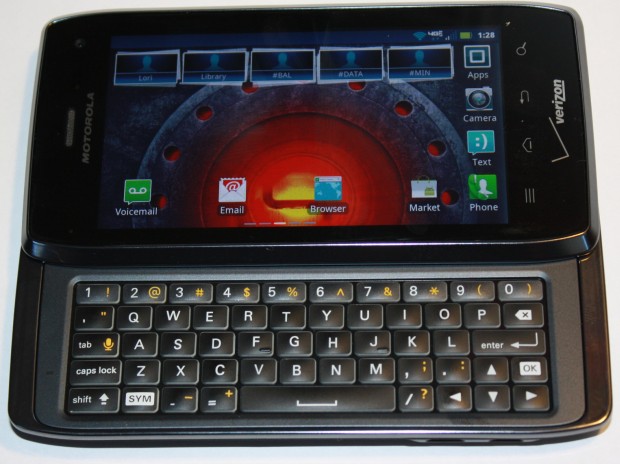 Now the bad news: the Droid 4 comes only with Android 2.3.5. It's set to be upgraded to Android 4.0 (a.k.a. Ice Cream Sandwich) later, but Motorola has not officially announced a date. In fairness to Motorola, the release of ICS was not all that long ago and devices running it are not common yet. It might not have been possible to ship the phone on time with adequate testing and customization.

Another issue that might stop people cold is the non-removable battery--it's for the sake of keeping the phone that much thinner--although you can simulate a battery pull by holding down the power and volume down buttons for 10 seconds. Hey, it's good enough for iPhone users.

Verizon's 4G LTE network has been pushed hard at heavy data users--those who want to stream video, do heavy Web browsing, and so on. From what I've seen, they ought to be happy. The 4G LTE signal in my area wasn't very strong, but even with only two bars I got a sustained 4.5-megabit download and 1.02-megabit upload speed. Everything from YouTube to NetFlix played back with minimal lag; for the most part I felt like I was still using my house's Wi-Fi connection. The phone's hardly immune to the power consumption issues inherent to 4G, but Motorola has found a few ways to offset those problems (more about that later). 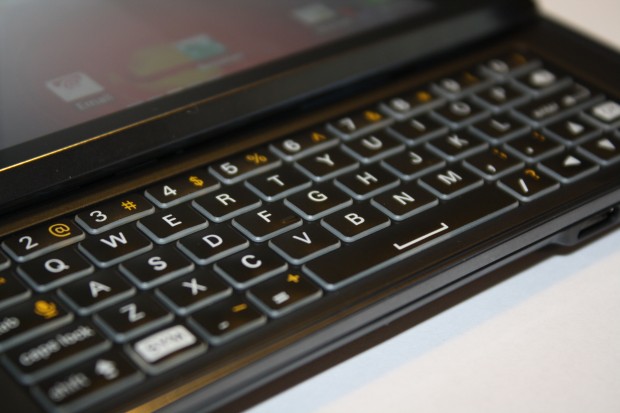 One of the major selling points for the Droid 4 is its "anywhere office" connectivity (Motorola's catchphrase, not ours). The Motocast and Motoprint features let you access your files from your home computer or print documents, respectively, over Wi-Fi. Both require PC clients, with the Motocast client sporting one perplexing bug. By default, that client shares certain folders within your own user directory (Music, Videos, files on the desktop, etc.) But if you try to share out folders that are in the root directory of a drive, the program's interface becomes garbled and unusable; you have to share out a folder that's at least one level down from the root before it works. The Motoprint host had to open multiple firewall ports to work, but at least in the end I was able to get that to work with relatively little pain.