Microsoft will turn to a larger Surface tablet and digital ink to combat iPads and Android tablets, according to new leaks on Tuesday's event. 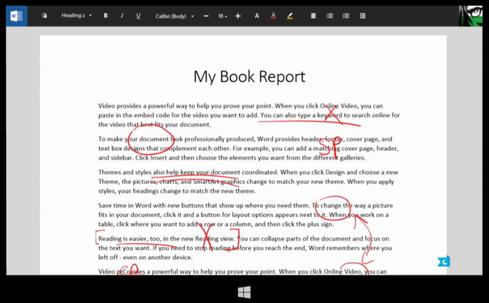 The world's first Windows 8.1 - Android Hybrid also launches this week -- the Ramos i10 Pro ($399) is the first Dual-boot hybrid on the market and makes it simple to switch between using the two operating systems and offers a 10-inch, full HD display, an Intel Bay Trail 64-bit processor, Bluetooth, GPS, plus a 8000 mAh battery.

One source with more details on the Ramos i10 Pro is the site -- iProTablet - which also offers six other new tablet models to launch this month, including an ultra-size 12 inch tablet and one of the first 8-inch Android tablets that offers a retina quality display.
Reply  |  Post Message  |  Messages List  |  Start a Board
Editors' Choice
Hot Topics