Microsoft is finally ready to sell smartphones under its own brand -- but where are the flagship models?

Six months after closing its acquisition of Nokia's device business, Microsoft is finally ready to start selling smartphones under its own banner. Sometime soon, the first Microsoft Lumia will hit the market.

What that means in practical terms remains to be seen. Microsoft has been selling smartphones since the $7 billion Nokia deal closed in April. In the most recent quarter, it sold 9.3 million Lumias -- 500,000 units more than Nokia managed to sell during the same quarter in 2013. But Microsoft hasn't yet put a signature stamp on its new smartphone manufacturing business.

The name change is first and foremost about bringing continuity to Microsoft's brand, but to establish that brand, the company will need new devices. In a post on Nokia's Conversations blog, which will soon become a Microsoft website, Microsoft senior VP of marketing Tuula Rytilä said the first Microsoft Lumia smartphone is on its way. She did not offer additional details, but given that most recent Windows Phones were low- and mid-range models, Microsoft fans might like to see a higher-end offering.

[Will new email services give IT headaches? Read Google Vs. Microsoft: Email Wars.]

Rytilä referred to the branding switch, which first appeared in a Nokia France Facebook posting earlier this week, as a "natural progression." She said the new name doesn't mean Microsoft is abandoning old Nokia customers. Microsoft continues to sell and support current Lumia devices, such as the recently introduced Nokia Lumia 830, Rytilä noted. She said Nokia-branded apps are being renamed to reflect that they now come from Microsoft.

Microsoft is dropping Nokia branding from all future smartphones, but the company has licensed the Nokia name, which is well regarded in many international territories, for other types of devices. Rytilä did not discuss what types of Nokia-labeled devices Microsoft might produce, other than to reference the recently introduced Nokia 130, an entry-level phone that cannot connect to the Internet. 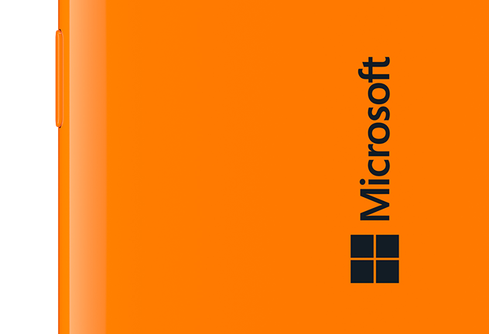 A year ago, Nokia was the only vendor that appeared committed to Windows Phone 8, a dynamic that likely compelled former Microsoft CEO Steve Ballmer to initiate the acquisition. The company has more support these days. After announcing earlier this year that Windows Phone licenses would be free to OEMs, the company has assembled a variety of manufacturing partners, many of which have focused on producing budget-friendly Windows Phones for emerging markets. Also, Windows 8.1 relaxed the OS's hardware requirements, which enabled HTC essentially to take its One (M8) Android flagship and re-release it as a premium Windows model.

But Windows Phone still has only a fraction of its competitors' market share -- less than 3% of the overall market, according to research firm IDC. Yes, Microsoft's most recent quarterly results were somewhat encouraging, given that the company improved on Nokia's Lumia sales benchmark from the year before. But it's a qualified victory. When the iPhone 6 and 6 Plus launched, Apple sold more units in three days than Microsoft sold in its entire fiscal quarter.

In July, Microsoft CEO Satya Nadella said device efforts would "light up" the company's digital experiences, such as OneDrive and Cortana. The company hasn't yet revealed what Windows 10 will mean for its long-term smartphone efforts, but to start grabbing iOS and Android market share, Microsoft will need devices that make good on Nadella's promise.

Michael Endler joined InformationWeek as an associate editor in 2012. He previously worked in talent representation in the entertainment industry, as a freelance copywriter and photojournalist, and as a teacher. Michael earned a BA in English from Stanford University in 2005 ... View Full Bio
We welcome your comments on this topic on our social media channels, or [contact us directly] with questions about the site.
Comment  |
Email This  |
Print  |
RSS
More Insights
Webcasts
Building Asset Management into Your Enterprise Security Strategy
Cybersecurity Risk Management
More Webcasts
White Papers
The 2021 Threat Hunting Report
Simplify Your Application Security
More White Papers
Reports
The Need for Speed: Second Generation EDR
Key Strategies for Managing New Risks in Cybersecurity
More Reports