On January 11, Google released details about a user privilege escalation flaw in the User Profile Service of Windows 8.1, two days before Microsoft planned to patch the bug. The disclosure followed the expiration of the 90-day deadline Google established last year as part of Project Zero, an initiative to improve online security.

Chris Betz, Microsoft's senior director for trustworthy computing, noted in a blog post that Google released information about the User Profile Service vulnerability despite being asked to withhold the information until January 13, the date of Microsoft's monthly Patch Tuesday.

"Although following through keeps to Google’s announced timeline for disclosure, the decision feels less like principles and more like a 'gotcha,' with customers the ones who may suffer as a result," said Betz. "What’s right for Google is not always right for customers."

Betz reiterated Microsoft's support for "Coordinated Vulnerability Disclosure," a process by which security researchers report issues privately to the vendor and then release details once a fix has been published.

This is not the first time the two companies have clashed over this issue. Earlier this month, Google released details about another privilege elevation bug affecting Windows 8.1, having reported the bug privately to Microsoft in September.

Google security engineer Ben Hawkes defended Google's 90-day deadline policy in a comment appended to that earlier disclosure, arguing that it provides a reasonable amount of time to fix bugs while also respecting the rights of users to know about the risks that may affect them. 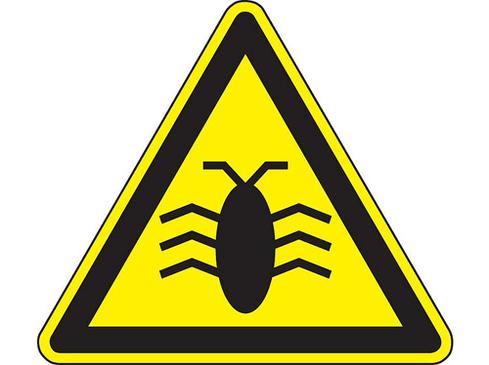 "By removing the ability of a vendor to withhold the details of security issues indefinitely, we give users the opportunity to react to vulnerabilities in a timely manner, and to exercise their power as a customer to request an expedited vendor response," Hawkes said.

Google launched Project Zero in July 2014 as an effort to improve Internet security. Citing last year's Heartbleed bug and the ongoing use of zero-day vulnerabilities to target activists and businesses, the company committed to working transparently, by alerting vendors immediately, in private, and by placing vulnerability details in a public database so that vendor responsiveness can be tracked once the 90-day publication deadline passes.

Google raised the issue in 2010 when it criticized slow vendor responses to security disclosures. "We've seen an increase in vendors invoking the principles of 'responsible' disclosure to delay fixing vulnerabilities indefinitely, sometimes for years; in that timeframe, these flaws are often rediscovered and used by rogue parties using the same tools and methodologies used by ethical researchers," Google's security team said.

Back then, Google suggested waiting just 60 days before disclosing a genuinely critical vulnerability.

In response to Microsoft's contention that Google's disclosure policy is irresponsible, Google argues that it is irresponsible to leave flaws unfixed for an excessive period to time.

As to what constitutes an excessive period of time, that may never be resolved to everyone's satisfaction. For Microsoft, 92 days would have worked because that would have fallen within its patch schedule. But that's two more days than Google's present policy allows, and once you start making exceptions, then everyone wants one.

Thomas Claburn has been writing about business and technology since 1996, for publications such as New Architect, PC Computing, InformationWeek, Salon, Wired, and Ziff Davis Smart Business. Before that, he worked in film and television, having earned a not particularly useful ... View Full Bio
We welcome your comments on this topic on our social media channels, or [contact us directly] with questions about the site.
Comment  |
Email This  |
Print  |
RSS
More Insights
Webcasts
Data Center Network Operations (NetOps) Reimagined
Take DevOps to the Next Level
More Webcasts
White Papers
Annual Cybercrime Report
5 Reasons to Protect your VPN with Multi-Factor Authentication
More White Papers
Reports
We Need Your Input: Trends in Workforce Optimization
Enabling Enterprise Resiliency Through Cyberthreat Detection
More Reports

@nasimon- I'll assume it wasn't ready. But even if it was, what exactly did Google get out of embarrassing Microsoft? Nt more secure computing for sure.
Reply  |  Post Message  |  Messages List  |  Start a Board

@nasimon- Well the issue to me is that the patch was coming out. And Google knew the patch was coming out. The point of disclosing the bug is to compell the company to do something. Even Google says so. Microsoft was already doing something. They patch on tuesdays. Google announces on Sunday. Why? To either give someone two days to exploit it or to embarrass Microsoft. No purpose was served. If Microsoft didn't have a patch on the way, I totally agree Google should put it out there.
Reply  |  Post Message  |  Messages List  |  Start a Board

It really was cheap of Google in this case. Microsoft was already working on it and had a patch ready in 48 hours. I buy the idea that Google should allow customers to pressure Microsoft when they don't have a planned patch. But it seems disingenuous in this case.

At the same time, Microsoft is a bit sensitive.

It makes me feel like the folks at both companies need to grow up a bit.
Reply  |  Post Message  |  Messages List  |  Start a Board
InformationWeek Is Getting an Upgrade!