It's official: Microsoft now owns Nokia's Devices and Services business unit. The deal, announced in September, closed Friday. Microsoft gains the 25,000 Nokia employees who design and build mobile devices, as well as the services and applications to support them.

Microsoft may have entered the hardware business with its Surface tablets in 2012, but this is an entirely new step. It is now competing directly with Apple and Google in the smartphone market by making and selling devices with its own operating system on board. Microsoft has a lot of catching up to do.

Windows Phone is the third horse in a two-horse race between Android and iOS. Android is making its way around the track, but Windows Phone has barely left the gate. IDC predicts that Google's Android platform will close out 2014 with 78.9% of the global smartphone market. Apple's iOS platform will hold 14.9% of the market, and Microsoft's Windows Phone platform will own a meager 3.9%, though its rate of growth will outpace Android and iOS through 2018. Microsoft may post better numbers in individual markets, but its global figure is still markedly low. Microsoft believes its new ownership of Nokia will help it improve its market share. That remains to be proven. 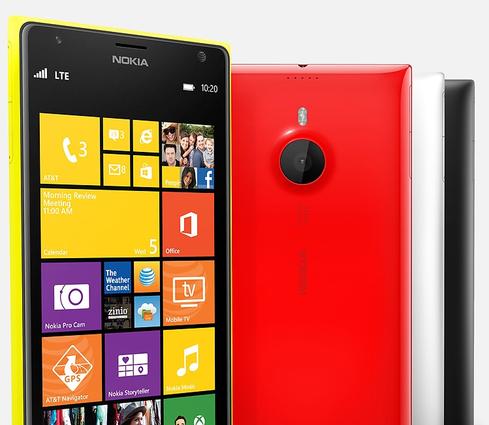 At last check, Nokia was responsible for approximately 90% of all Windows Phone sales, thanks to its attractive Lumia smartphones. With Nokia's design and manufacturing businesses under its purview, Microsoft can create more seamless products that work even better with its developing ecosystem.

Microsoft said it will continue to license Windows Phone to other OEMs, but there's little incentive for them to make such devices. It's hard to see why HTC, Samsung, and the others should bother to make new Windows Phone devices, given how few they were selling in the first place. Android is a cheaper and more popular option. If Microsoft lost these partners, it would be a blow to the company -- though perhaps a minor one. HTC, for example, has been making Windows-branded hardware for at least 10 years.

"Today is an exciting day as we join the Microsoft family, and take the first, yet important, step in our long-term journey," Elop said in a blog post. "At our core, we are passionate about building technology that will change the world. From [Microsoft's] early vision of placing a PC in every home and on every desk, to Nokia connecting billions of people through mobile devices, we have empowered generations. As Microsoft and Nokia Devices and Services come together as an expanded family, we will unify our passion, dedication, and commitment to bringing you the best of what our joint technologies have to offer. And we are committed to continuing our support for feature phones, the Asha family, and the Nokia X family of devices. Together, we can connect and empower people with one experience for everything in their life in a world where it is mobile first and cloud first."

Microsoft can't waste any time -- and it likely won't. It has built some good momentum headed into the rest of the year. Microsoft recently announced Windows Phone 8.1, which will ship on new smartphones beginning next month. The company announced new low-cost Windows devices that will reach emerging markets in the next month. Windows Phone 8.1 will be delivered to current devices by the summer. Surely, Microsoft has new hardware introductions planned for the July-September quarter to further strengthen its portfolio ahead of the vital holiday quarter.

Satya Nadella, Microsoft's still-new CEO, hopes to provide the company's phone business with the direction and support it needs to grow and better compete with Android and iOS. Time to get to work.

Eric is a freelance writer for InformationWeek specializing in mobile technologies. View Full Bio
We welcome your comments on this topic on our social media channels, or [contact us directly] with questions about the site.
Comment  |
Email This  |
Print  |
RSS
More Insights
Webcasts
Detecting and Preventing Insider Data Leaks
Nip Ransomware in the FUD: Detecting Attacks Pre-Encryption
More Webcasts
White Papers
Why Add Security to Your Skill Set and How to Do It
2021 SANS Cyber Threat Intelligence Survey
More White Papers
Reports
The State of DevSecOps Report
Special Report: Edge Computing: An IT Platform for the New Enterprise
More Reports

Microsoft was once the leader in modern computing and if they had enough foresight at the time and made conscious efforts to tap into the mobile computing world, they would be far ahead of the rest. That said, I would not be quick to say that their entry into the Smartphone world is too late. Remember when BlackBerry ruled the Smartphone market? Well, they are hardly in the map today (actually the company is contemplating stopping the manufacture of the handsets altogether) and this shows the even the two horses at the front of the race right now can still be overtaken if Microsoft plays its cards right.
Reply  |  Post Message  |  Messages List  |  Start a Board

I compare the Windows Phone to the Xbox. People had the same mentality, why buy an Xbox when Sony and Nintendo already had the market wrapped up.  I can't say that I dislike Windows Phone but I did have one for a short time and went back to Android.  Not because it was unusable but the marketplace was still very thin and applications I needed access to just didn't exist nor did reasonable alternatives.  I think Microsoft's next push for Win Phone needs to be to get developers cranking out quality apps and releasing for Windows at the same time they are releasing for iOS or Android.
Reply  |  Post Message  |  Messages List  |  Start a Board

Who would buy a Windows Phone? Anyone who has tried Android, like me. I had a top of the line HTC until recently when it would suddenly go off. HTC nor ATT had an answer. So, when my contract expired I got a Lumia 925 and quickly upgraded to Windows 8.1 with Cortana. It is twice as fast as the Android and Cortana is superior to anything Android or Apple have to offer. BTW, I would never buy an Apple phone on principle, not until they bring back to the USA the million jobs they transfered to the PRC.

In any case, I have found Nokia Lumia to be superior to HTC in everyway. I hope they maintain the quality and now with Microsoft money kick the competition in the rear.

Nobody I know is even considering a Windows phone. The main buzz I hear about Microsoft in non-technical circles is outrage over Windows 8 and resentment over the company's entirely self-serving abandonment of XP users.
Reply  |  Post Message  |  Messages List  |  Start a Board

I own a Samsung S Neo Windows Phone. Have no problems with it what so ever??
Reply  |  Post Message  |  Messages List  |  Start a Board

Particularly after Microsoft's ongoing idiocy with Windows 8, why in God's great name would anyone buy a Windows phone?   There are three other brands of smart phones on the market that are known to actually WORK, with two or three OS's that are known to WORK.   Microsoft can't lately make anything that works.     I'm not enough of an idiot to buy a Microsoft phone - ever.

Microsoft is so idiotic that, you know how you need a touch screen to use Windows 8 on a computer?  Well, on an i-phone you probably need to add the keyboard and the mouse.  Yup.   Uh-huh.

CRM Trends 2021: How the Pandemic Altered Customer Behavior Forever Jessica Davis, Senior Editor, Enterprise Apps,  2/18/2021
White Papers
Why Add Security to Your Skill Set and How to Do It
Definitive Guide to Endpoint Privilege Management
The Hidden Security Risks of APIs: How to Protect Your Brand, Business, and Data
10 Must-Have Capabilities for Stopping Malicious Automation Checklist
Sunburst: Impact and Timeline