LG is targeting consumers looking for larger displays with the release of the 10.1-inch G Pad II, a tablet that comes bundled with Windows for Android.

LG is looking to expand its G Pad tablet series by targeting consumers with a device that sports a larger screen. At the IFA 2015 show in Berlin next month, the company plans to introduce the G Pad II, which features a 10.1-inch display and a 2.26GHz Quad-Core Qualcomm Snapdragon 800 processor.

Available in Brilliant Bronze, the device will be landing in North America, and in major markets in Europe and Asia, following its official debut in September, though pricing details have yet to be announced. 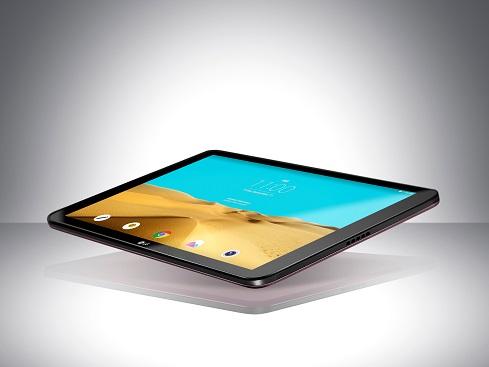 LG is also claiming the tablet boasts the slimmest bezel among similar-sized tablets currently on the market, with this device sporting a soft metallic-finish around the WUXGA (1920 x 1200) display.

The G Pad II also features Reader Mode, which helps make reading e-books more comfortable by reducing the blue light of the display backlight, which can induce eye fatigue, as well as QuickMemo+, which allows users to create, save, and share their memos from any screen without having to open a separate application.

Another major feature for the tablet, aimed at users who have to multitask often, is Dual Window, which divides the screen allowing users to run two applications at the same time.

"The LG G Pad II 10.1 was developed in response to consumers' feedback and optimized for multimedia consumption," Chris Yie, LG Mobile Communications Company vice president and head of marketing communications, wrote in an Aug. 24 statement. "Customers asked for a large display, bigger battery and faster performance all without raising the price. The G Pad II delivers on all counts."

Even with all the nice bell and whistles, along with the larger display, LG 's latest offering is about to enter a crowded market that is showing signs of slowing down.

[Read about the BYOD market and tablets.]

The worldwide tablet market fell 7% year-over-year in the second quarter of 2015, with shipments totaling 44.7 million units, according to a July report from IT research firm IDC.

According to IDC's figures, Apple and Samsung led the market, with LG and Huawei ending the quarter in a statistical tie for fourth place, rounding out the Top 5 with each shipping 1.6 million devices.

The report also noted that market share to vendors outside the top five OEMs continued to outgrow the market, representing 46% of total tablet shipments in the second quarter.

Nathan Eddy is a freelance writer for InformationWeek. He has written for Popular Mechanics, Sales & Marketing Management Magazine, FierceMarkets, and CRN, among others. In 2012 he made his first documentary film, The Absent Column. He currently lives in Berlin. View Full Bio
We welcome your comments on this topic on our social media channels, or [contact us directly] with questions about the site.
Comment  |
Email This  |
Print  |
RSS
More Insights
Webcasts
Architecting Security for the Internet of Things
Defense and Response Against Insider Threats & User Errors
More Webcasts
White Papers
Information Management: A New Hope
Practical Advice for Choosing Your First (or Next) SIEM
More White Papers
Reports
Are Unprotected Cloud Databases Leaking Your Data?
Building an Effective Cybersecurity Incident Response Team
More Reports

I just don't use a tablet. I have a laptop. I have a smartphone. I have an Amazon Kindle. That's really all I need.

One thing I have noticed is that I see less people with tablets these days. I think that while they have some use cases, I don't need one. I need less devices, not more.
Reply  |  Post Message  |  Messages List  |  Start a Board
Editors' Choice
Hot Topics