Mandatory phone kill switches will hasten the arrival of the Surveillance of Everything. Consider these 11 technologies that come with strings attached. 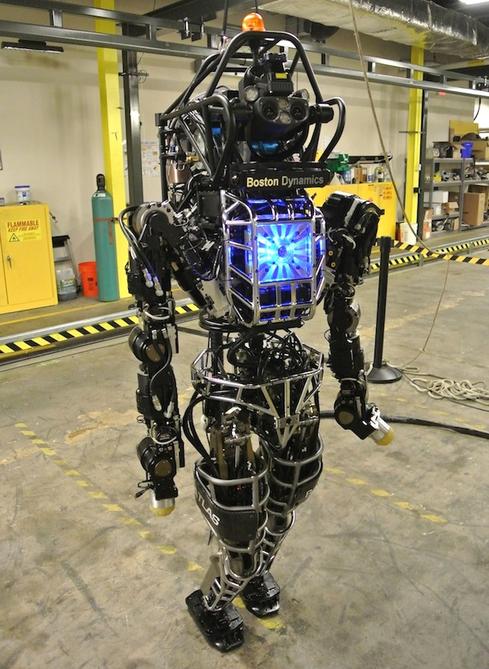 Federal and state lawmakers have proposed to make it mandatory for phone makers to include a kill switch in mobile communications devices so they can be disabled remotely in the event of loss or theft.

Without a doubt, mobile phone theft is a serious problem: Between 30% and 40% of robberies in major cities involve a mobile device, according to the FCC. But mandating built-in anti-theft technology, as opposed to allowing individuals to make their own security choices, raises the risk of misuse and extends the scope of surveillance.

Of course, the Internet already is a surveillance system: Almost all online activity can be (and is) tracked. But apart from bulk and targeted data collected by intelligence agencies, individuals generally have an out. Internet users can erase and block cookies, use ad blocking and script blocking technology, prevent the transmission of specified local data, and even use encryption technology, given enough technical savvy. But as everyday objects become integrated with our networks, opting out is likely to become increasingly difficult.

Mandatory phone kill switches will hasten the arrival of the Surveillance of Everything, an unavoidable consequence of the so-called Internet of Things. Using technology to extend the reach of property rights make as much sense for other objects as it does for phones. But in so doing, individual property rights mingle with social mores and government prerogatives. Nothing is truly yours on someone else's network.

Consider a recent Google patent application, "System and Method for Controlling Mobile Device Operation," which describes research to help in "correcting occasional human error," such as when phones have not been silenced in a movie theater.

The thing about kill switches is that they're a manifestation of digital rights management. In the hands of individuals, perhaps they're a good idea. But they won't remain in the hands of individuals. They will be used by companies, organizations, and governments, too. And even when people believe they have control of their kill switches, authorities and hackers can be expected to prove otherwise. 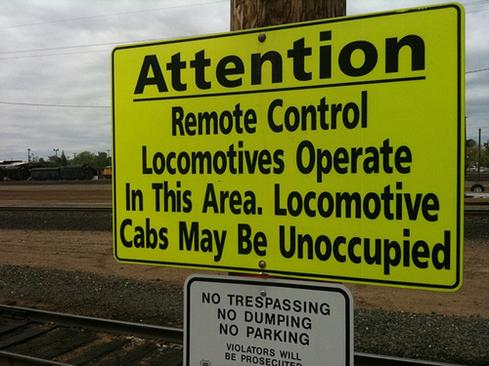 Beyond mobile phones themselves, here are a few of the technologies that might come with strings attached. Trust us. It's for your own good.

1. Phone networks
In the summer of 2011, Bay Area Rapid Transit (BART) shut down cellular service because protesters had said they planned to use their mobile phones to coordinate protest activities and BART officials determined this presented a threat to public safety. So they blocked the phones of everyone in the affected BART area. The Electronic Frontier Foundation objected, noting that repressive regimes behave the same way. Communication turns out to be a privilege rather than a right.

2. The Internet
There's a DIY personal Internet kill switch but there's also a secret US government version. Last November, United States District Court for the District of Columbia rejected the Department of Homeland Security's insistence that it was exempt from disclosing details about Standard Operating Procedure 303, a protocol for deactivating communications networks. In January, DHS appealed the ruling. It wants the Internet's kill switch to remain a secret.

3. Cars
Cars are becoming increasingly automated. Google and other companies are developing cars that drive themselves. Expect these cars to record everything, as a matter of diagnostics, liability, and safety. What's more, the National Highway Traffic Safety Administration is pushing for the implementation of vehicle-to-vehicle communication technology, so cars can pass data to each other about their position and speed, to avoid collisions. These network-aware cars do get stolen on occasion, so why not include a remote shutdown capability? Auto dealers already use a system called On Time to disable cars when the buyer has missed too many payments. And European law enforcement officials are pushing for a car kill switch to prevent dangerous high-speed chases. Movie scriptwriters might want to start focusing on foot pursuits from now on.

4. Video
The video industry has an affinity for kill-switch technology: region-coded DVDs, geo-restrictions on Internet content, and downloadable rentals that expire after a few days all help keep viewers from acting contrary to their wishes. YouTube has its Content ID system to police unauthorized usage of music and video. Apple has a patent, similar to the Google patent mentioned above, for disabling mobile phone video and audio, in case authorities require blackout conditions.

5. Computers
Kill switches for code already exist. Amazon, Apple, Google, and Microsoft have the ability to disable apps. Computer tracking software such as Undercover lets users covertly locate computers and transmit pictures. Intel, until recently, offered an anti-theft service. Computers often don't need a specific kill switch because there are so many ways to compromise them, disable them, or shut them down from afar. Even so, the Defense Advanced Research Projects Agency (DARPA) has awarded IBM a contract to develop self-destructing computer chips.

6. Bicycles
Remote kill switches for motorcycles have been around for years. Bicycles, being manually powered, can't really be shut down. But they can be tracked, using several existing bike tracking systems, such as those employed by BikeSpike, BitLock, SOBI, and ViaCycle.

7. Everyday stuff
A 2010 academic paper describes AutoWitness, "a system to deter, detect, and track personal property theft, improve historically dismal stolen property recovery rates." GPS tracking of things is commonplace. And what can be made non-functional, through a kill switch, will be. Imagine a chair with DRM. It might be more than an art project one day.

8. Pharmaceuticals
Scientists are working on vaccines for addictive drugs, like cocaine and heroin. A drug called iomazenil is presently in clinical trials to see if it can be used to block or limit the impact of alcohol intoxication. This technology falls somewhere between kill switch and buzzkill.

9. Guns
TriggerSmart, a company based in Limerick, Ireland, has created an RFID-based gun-locking mechanism. The child-safety applications are obvious, but as noted in The Economist last year, governments around the world are considering kill switches on rocket-propelled grenade launchers, landmines, and other military weaponry, to prevent the arms from being used by enemies. Chances are some high-tech military systems already have backdoors and kill switches in place, just in case. Gun enthusiasts, unsurprisingly, tend to be less than enthusiastic about such technology, noting that sooner or later, a smart gun will do something dumb and fail to fire when needed.

10. Planes
Considering the way commercial airliners were turned into guided missiles during the 9/11 terrorist attack, it's not surprising that the Pentagon has expressed interest in a kill switch for airplanes. In fact, planes are already so automated that it's a wonder airlines haven't begun phasing pilots out altogether. In 2011, James Albaugh, president and CEO of Boeing Commercial Airlines, said that pilotless airlines are inevitable. At least no pilots will die when authorities somewhere decide to detonate a malfunctioning commercial airliner rather than let it slam into a city.

11. Seeds
Monsanto has developed, but has pledged not to deploy, a "terminator" gene that makes plants produce sterile seeds, so customers have to purchase new fertile seed for subsequent plantings. The company's recent legal victory against a farmer who used Monsanto patented soybeans without permission, however, might mean the company doesn't need a biological kill switch to protect its research. Patent lawsuits might prove deadly enough.

Thomas Claburn has been writing about business and technology since 1996, for publications such as New Architect, PC Computing, InformationWeek, Salon, Wired, and Ziff Davis Smart Business. Before that, he worked in film and television, having earned a not particularly useful ... View Full Bio
We welcome your comments on this topic on our social media channels, or [contact us directly] with questions about the site.
Comment  |
Email This  |
Print  |
RSS
More Insights
Webcasts
How Elite Analyst Teams are Transforming Security with Cyber Reconnaissance
Strategies for Success with Digital Transformation
More Webcasts
White Papers
5 Steps to Zero Trust in the Data Center
SANS Report: Measuring and Improving Cyber Defense Using the MITRE ATT&CK Framework
More White Papers
Reports
2020: Threats in Review
2021 Top Enterprise IT Trends
More Reports

VPN Kill Switch act as assurance against potential information breaks to ISPs in the event that the VPN separates unintentionally. Envision you are associated with our protected VPN searching some private sites or downloading indexes that you might not need your ISPs to know. In the event that amidst the VPN detaches then the default conduct of your PC is such that the skimming or downloads will proceed with decoded and unprotected laying open your tracks to your ISP.

It's somewhat funny to think that in a Mad Max style future Nokia phones are going to be the communications device of choice.  I know we have the fringe groups who are preparing for the end of the world but I suspect that some of what they are stock piling will become valuable to some of the rest of us who don't want our every move monitored paranoid or not.
Reply  |  Post Message  |  Messages List  |  Start a Board

I absolutely agree with you, the demand for pre-controlled devices will almost become a black market. Like a sci-fi movie, the more devices and really anything connected becomes subjected to both surveillance but also remote access/termination, the more the backlash.  We saw what happened when the world started to understand the realities of the Internet and how limited personal freedom was, and extending it to controlling how information can be used, when and where, and physically disabling personal property is probably going to cause an even bigger backlash.

I guess it's time to start stocking those old Nokia phones.  After all, if anything will survive, it's those.
Reply  |  Post Message  |  Messages List  |  Start a Board

I wonder what this push will do to the value of things like old cars and old guns.  Those who don't want to be tracked will be looking for ways to side step the surveillance.  There will still be plenty of older vehicles out there that cannot be shut down at the click of a mouse so I wonder what the plan is to deal with those.
Reply  |  Post Message  |  Messages List  |  Start a Board
Editors' Choice
Hot Topics

10 IT Trends to Watch for in 2021 Cynthia Harvey, Freelance Journalist, InformationWeek,  12/22/2020
White Papers
Improving Your Enterprise's Protection With Cyber Resilience
The Dark Side of SD-WAN
The Trouble with Phishing
Five Reasons to Protect your VPN with Multi-Factor Authentication
IDC Workbook: Best Practices for Cloud Security