50%
Tweet
Unlike the Kindle Fire and iPad, this hacker-oriented device was built to be customized by the end user.

KDE, the software community that produces its namesake desktop environment for Linux, is planning to release a tablet that runs a completely open and unlocked Linux software stack.

The Spark tablet will cost $265, or approximately €200. Rather than compete with Amazon's Kindle Fire or the iPad, it is aimed more at hobbyists and experimenters--users who are comfortable with Linux and will want to tinker with it.

The device sports a fairly well-rounded set of hardware features: a seven-inch multi-touch capacitive resistor screen with a resolution of 800 pixels by 480 pixels, a 1.3MP forward-facing camera, two micro-USB ports, a microSD card slot, Wi-Fi, and a standard 3.5mm headphone jack. The processor is a 1-GHz Cortex-A9 CPU, paired with a Mali 400 graphics processor. The system will come with 512MB of RAM and 4GB of flash memory. 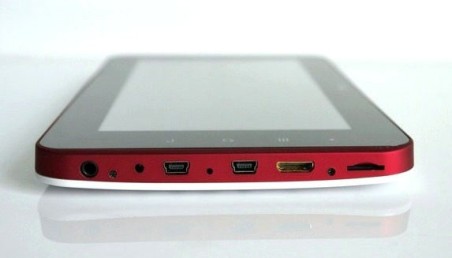 The Linux stack in the Spark is Mer, an open fork of the Maemo operating system (which Nokia devised for its own tablets). Users will have KDE's Plasma as the default user interface, but can of course replace that with anything else that can run in the same stack, or even wipe the device clean and start from scratch.

The key details for Spark were revealed in a Jan. 28 blog post by KDE developer Aaron J. Seigo. In a follow-up post, he answered some questions, such as whether the device would be available worldwide (yes), when it will start shipping (May 2012), whether another edition with higher-end hardware will be offered (maybe, if the market demands it), and even "Will it blend?" (Answer: "Yes, though this does void the warranty.")

A key feature of the device is that it is designed "for customization and project-specific integration," says Seigo. "Depending on order volume, we can even ship Sparks to you with your customizations pre-installed and offer pricing incentives."

This makes the Spark a low-cost possibility for organizations that want to take CoIT in another direction and roll their own, user-individuated hardware. What's less clear is how well the resulting custom device can be integrated securely into an existing environment, because a customized device by its very nature poses a different set of security issues than an off-the-shelf product.

Pre-registration for Spark orders will begin early next week.