Samsung may roll out its Galaxy Note 5 phablet earlier than planned to combat slower-than-expected sales of the Galaxy S6.

Samsung must be feeling the heat. The company is now believed to be bringing its next-generation Note device to market months earlier than expected. The Galaxy Note 5 device will feature cutting-edge technology and some familiar design foibles.

For the past four years, Samsung has used the early-September IFA trade show in Berlin to showcase its Galaxy Note devices. The Note series is Samsung's class-leading phablet, with a big screen, fast processor, powerful camera, and stylus to bring it all together. The phone, announced in September, generally hits store shelves in early October.

Samsung has apparently made the Galaxy Note 5's release a priority and will be pushing it out much sooner. The device may be announced as soon as Aug. 12 and reach stores by Aug. 21, according to well-placed sources cited by SamMobile. Moreover, Samsung will reveal the Galaxy S6 Edge+ alongside the Note 5 with the same in-store date.

What's new about these phones? Plenty.

The Note 5 will have a 5.67-inch Super AMOLED screen with quad HD resolution and the trusty S Pen. It will borrow its design from the Galaxy S6, which means a glass front and a glass back panel. It also means the battery will be embedded and therefore inaccessible to owners. (This really annoyed prospective Galaxy S6 edge buyers.) The battery will support wireless charging and Quick-charge technology. 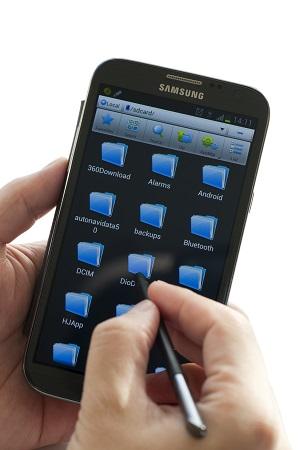 Further, the phone won't have an expandable memory card slot. It will have thin, metallic frame elements and a new stylus that's easier to hold and use.

The inside has plenty to get excited about. Like the Galaxy S6, the Note 5 will rely on Samsung's own processor. The Exynos 7422 system-on-a-chip, paired with 4GB of next-generation RAM, will make its debut in the Note 5. Think a single piece of silicon that combines an octa-core, 64-GB CPU, with GPU, storage, and RAM, all glued to an LTE modem. The S6 Edge+ is likely to have an Exynos 7420 with 3 GB of RAM.

[Read about Apple's dominance of the smartphone market.]

Though no details about the camera have yet been leaked, it's not unreasonable to assume the main camera will have a 16- or 20-megapixel sensor and the front camera with have a 5- or 8-megapixel sensor.

Samsung Pay, Samsung's mobile payment service, is believed to be arriving with the Note 5 and S6 Edge+, at least in the US.

Why would Samsung bring this phone to market six to eight weeks early? Two reasons.

First, sales of the Galaxy S6 and S6 Edge have failed to live up to expectations. Second, Apple is expected to debut the iPhone 6s and 6s Plus in mid-September. It would behoove Samsung to get its big-screened flagship to market ahead of Apple's next-generation iPhones.

If the galazy S6 and edge failed to live up to their release potential, why them do they take features that obviously irk users like the inaccessible battery and only internal memory to feature on the next release? In the next version you are supposed to fix those things. Sounds like the new phone needs more redesign, not a faster relaese.
Reply  |  Post Message  |  Messages List  |  Start a Board

The Note 5 will have an embedded battery and no SD card slot, like the S6. Will the Note 5 also have the same fate as the S6?

I wonder when will be too soon to start checking the Chinese phones?
Reply  |  Post Message  |  Messages List  |  Start a Board

The smartphone are getting more and more powerful. But consumers are already somehow tired of the pure improvement in performance. Instead they are seeking for something innovative - some killer products.
Reply  |  Post Message  |  Messages List  |  Start a Board

The replacement cycle of smartphones continues to increase. The cycle used to be at 24 months but, research firms have been predicting a 30 months cycle for 2015/2016. I feel that performance and prices have both not lived up to consumer expectations. Since, a long time there was no real incentive for a consumer to upgrade from a GS4 to a GS5, and from a GS5 to a GS6.
Reply  |  Post Message  |  Messages List  |  Start a Board
Editors' Choice
Hot Topics