Apple plans to port "Force Touch," the pressure-sensitive technology it created for its new MacBook, to its next-generation iPhones later this year, according to published reports.

The successors to the iPhone 6 and iPhone 6 Plus will be more sensitive to touch input thanks to the "Force Touch" technology Apple created for its new MacBook laptop. The improvement will make Apple's smartphones better able to respond to user input, and could open up a new dynamic for interacting with smartphones.

Apple developed Force Touch technology for the trackpad of the MacBook computer and the screen of the Apple Watch. The "haptic engine" inside them is able to tell the difference between a soft tap and a longer, harder press. This technology will proliferate to the iPhone come September, reports the Wall Street Journal, citing sources familiar with Apple's plans.

What exactly is Force Touch? Not something Obi Wan Kenobi uses, to be sure.

"The Force Touch trackpad is engineered to deliver a responsive, uniform click no matter where you press the surface," explains Apple on its Web site. "And underneath, force sensors detect how much pressure you’re applying and give you new ways to interact with your Mac. You can now use a Force click to enable new capabilities, like quickly looking up the definition of a word or previewing a file just by clicking and continuing to press on the trackpad. You’ll also experience haptic feedback -- a tactile vibration from the trackpad that adds the sense of touch to what you see on the screen." 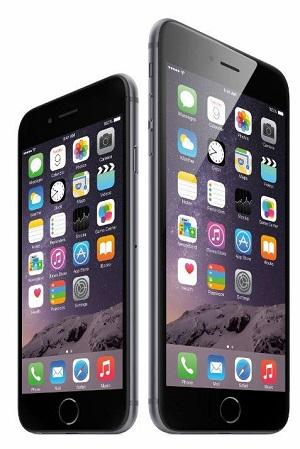 May the Force Touch be with you, and your iPhone.

Adding this technology to the next-generation iPhone makes perfect sense.

The Journal's sources say Apple is likely to keep the new iPhones the same size as the 2014 models, with screens measuring 4.7 and 5.5 inches. Remember, Apple keeps the iPhone's design unchanged every other year, which means 2015's iPhones will look almost identical to their 2014 predecessors.

Though the design is often the same during its off years, Apple does stick new technology into the iPhone every year in order to differentiate it a bit from earlier versions. (Consider the iPhone 5s, which added a fingerprint scanner to set it apart from the iPhone 5.) The Force Touch tech would be a distinctive feature for the iPhone 6s and 6s Plus to offer, compared to the iPhone 6 and 6 Plus.

After all, Apple needs to give fanatics a reason to upgrade every year.

The most exciting part of Force Technology is what developers may do with it. Think about how apps will improve once they are more sensitive to touch input. Game developers are likely already salivating at the mere thought. Surely Apple will add Force Touch APIs to the SDK for iOS 9, which is expected as early as Apple's June developer conference.

In addition to Force Touch technology, Apple is weighing whether or not to add a new color option to the iPhone, reports the Journal. The iPhone is currently available in silver, gray, and gold. Apple may add a pink version, which is in testing.

If you've ever seen an iPhone with a cracked screen, you've seen an early implementation of Force Touch.
Reply  |  Post Message  |  Messages List  |  Start a Board
InformationWeek Is Getting an Upgrade!