iPhone Vs. Android: Apple's Success Only Goes So Far - InformationWeek

Apple's iPhone is a beast, but it will never fully conquer the smartphone market, where Android still holds some sway.

There's no denying the Apple iPhone is king of smartphones. It may be a big seller the world over, but it doesn't make sense for everyone. There will always be room in the market for competition, especially in the entry-level segment.

Apple owns more than 90% of all profits in the smartphone business. No other company makes money selling smartphones the way Apple does. It's astounding, really, that Apple is able to gobble up so much of the profit. It's even more astounding that other companies even bother trying to compete. But they do, and they will.

Apple reported sales of about 47.5 million iPhones during its third fiscal quarter. That follows sales of 61.2 million and 74.5 million during its first and second quarters, respectively. The iPhone has been selling like mad since Apple debuted the iPhone 6 and iPhone 6 Plus last fall. 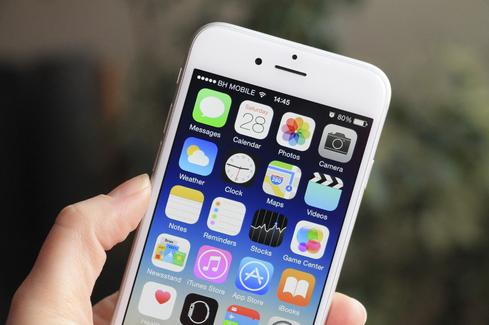 To put the numbers into a little perspective, Samsung outdid Apple in its most recent quarter, with shipments of between 71 million and 76 million.

Globally, Android slays the iPhone in terms of volume. IDC predicts Android shipments will top 1.15 billion, giving it 79.4% of the entire smartphone market this year. iPhone shipments are predicted to reach 237 million for 2015, which puts the iPhone at 16.4% of the market. Android is outselling the iPhone nearly five to one.

The iPhone has some room to grow.

"There's no question that a large chunk of Apple's installed base is still using older models (pre-iPhone 6/6+), which leaves continued growth opportunity in the second half of 2015 and beyond," Ryan Reith, program director with IDC, noted in a report. "In addition, IDC believes a sizable portion of the Android installed base were those who migrated over to the platform from iOS with the desire for a larger screen smartphone. This is an opportunity Apple is no question focusing on."

For too long, Apple kept the iPhone's screen at 4.0 inches or less while the screens of Android devices ratcheted up to 5.0 inches or more. The bigger screens appealed to consumers, and sales of such Android phones skyrocketed. As soon as Apple began making big phones, some Android users began to return to the iPhone.

Apple competes well at the top of the market. With prices ranging from $649 to $949, the iPhone is among the most expensive handsets in the world.

This is why Apple will never own the entire market.

"The price difference between Android and iOS devices in many markets will remain a significant hurdle for Apple," said IDC's Reith. That will eventually block Apple's growth.

The market for low-cost handsets is significant, as prepaid carriers in the US serve to demonstrate. They count tens of millions of customers, and most of their handsets cost less than $200. The same scenario applies to emerging markets, where cost is king.

Bottom line: The iPhone is a winner and likely always will be, but Apple can't (and won't) compete in the low end of the market, leaving plenty of opportunity for others.

hmm, if we are talking about the traditional brands such as Samsung, HTC, Motorola, their updates are very fast and most of them have uncoupled ther adde features from the OS to drliver those as apps instead (HTC Motorola). My Moto X play got updated only a few weeks after the new Android version came out.

Also, I hope you do realize that malware issues only happen with 0.05% of Android devices, and usually this is because users choose to install apps from an untrusted source, which EVERY Android version forbids as a default.

The OS is not the issue here, the issue is how people use their phone. If you Jailbreak your iPhone and install apps from other sources than the Appstore, you are open to exactly those same kind of issues. Apple has had more Malware outbreak in 2016 than in the previous 5 years combined but only a very small proportion of Apple users actually jailbreak their phone.

I have owned Android phones since the the inception of Android and not once have I been the victim of any malware.

Fearmongering is a digital warfare tactic used to scare people away from competitor producs, people falling for it are victims and focus on all the wrong issues.
Reply  |  Post Message  |  Messages List  |  Start a Board

This is not true at all, Android smartphones are top of the charts and have been for a number of ears now due to Apple's failure to adapt to market needs, first in terms of display size, then it terms of bezel size and camera/display resolution and for all times due to battery size. Nowadays the ideal smartphone that people want has small bezels, large battery, low weight and high resolution display and Apple basically fail to deliver on that. Mind you, tha's only tey want to sell to you 2 year old displays to keep the material bill as low as possible plus they wouldn't be able to compete on battery life if they used higher resolution.

Some users haven awoken to the fact that both in the laptop and smartphone segment Apple does not have chart topping phones anymore. Ever since Steve Jobs left us, Apple have made a series of weird choices. Once a company focused on user friendliness and a sharp display, Apple is now the only serious brand in the market to still use cheap 720p displays, showcase huges bezels aroun the display that make one-handed operation difficult on their 5.5" display and bless their phone with 200g (most competitors are around 160g for their 5.5 incher) despite having a ridiculously small battery.

I wonder if people who write articles even follow what is happening in the smartphone market. Any article that starts with the sentence "There's no denying the Apple iPhone is king of smartphones." just can't expect readers to take the article seriously.
Reply  |  Post Message  |  Messages List  |  Start a Board

"The only reason why Apple dominates the smartphone market is because it has legions of easily duped fanbois who are willing to shell out $1k for a new phone every 6 months. "

Askqsn, during early days Apple products are meant for enterprise level customers and they grab the attention of technocrats by making Apple as a premium brand. Later when they expand the business through IPhone & IPad, they have given much attention for their requirements and grab their attentions. So obliviously they would like to be a part of such brands.
Reply  |  Post Message  |  Messages List  |  Start a Board

"I am not a fanboy. My current and last three phones were Android. However I still respect Apple for its design, R&D, control over supply chain, UI, customer centricity, innovation, eco-system smartness."

Nasimson, you are right about apple products, especially IPhone. They are superior in quality, features and innovation. But affordable only to middle and higher income people, but Android Smartphone devices are available even from $50 and affordable to everyone.
Reply  |  Post Message  |  Messages List  |  Start a Board

"they wouldn't buy it but if money isn't the barrier then why not go for the best of the best."

SachinEE, I won't think money playing a major role. It's all about branding and life style.  Am using android for more than 4 years and once in two years I used to change my Smartphone with the latest. For me Money is not a constrain to buy IPhone, but I would like to have Latest Android smartphones.
Reply  |  Post Message  |  Messages List  |  Start a Board

> Step One: Create a brand name product and overhype the hell out
> of it to convince as many naive consumers as possible into believing
> how amazing it is.   Step Two >> Teach the fanbois that owning any
> overpriced Apple product = elite club and to look down upon anyone
> who hasn't swallowed the Kool Aid.  Step Three:  Create a cult of
> personality leadership (cough Jobs cough) who is a legend in his own mind.

Disclaimer: I am not a fanboy. My current and last three phones were Android. However I still respect Apple for its design, R&D, control over supply chain, UI, customer centricity, innovation, eco-system smartness.

So its much more than the recipe you outlined.
Reply  |  Post Message  |  Messages List  |  Start a Board

The only reason why Apple dominates the smartphone market is because it has legions of easily duped fanbois who are willing to shell out $1k for a new phone every 6 months.  Well, that and the fact that these same consumers are unwilling and/or unable to become technically savvy. This is not innovation as much as it is simply consumer psycholoy 101 >> Step One: Create a brand name product and overhype the hell out of it to convince as many naive consumers as possible into believing how amazing it is.   Step Two >> Teach the fanbois that owning any overpriced Apple product = elite club and to look down upon anyone who hasn't swallowed the Kool Aid.  Step Three:  Create a cult of personality leadership (cough Jobs cough) who is a legend in his own mind.  Add plenty of real or imaginary accolades (not like any fans of the products will check) for the fanbois to admire and criticize anyone who disagrees.  Voila! Instand mindless consumerism 101.
Reply  |  Post Message  |  Messages List  |  Start a Board

Android's "open" model leave the handset manufacturers the "freedom" to modify the OS as they like. It also allows the carriers to modify it again. At the end of this cycle of changes, the upgrade/update path requires first the manufacturer to make the necessary changes to their branched code and then the carrier has to make changes to the branch of the branch. If either do not make the changes for a given model, your phone is forever after vulnerable to all the malware and security threats known.

I like the user experience better with the Android. They surpassed the iPhone usability at least two years ago. But until Google/Android reins in the ability of the downstream vendors to cut off the upgrade/update patches, I will be pushed into the Apple orchard.

""There is no doubt that Apple products are superior in terms of quality and features. I doubt it."

Thank you - I feel the same way. I don't get these posts that say "iPhone clearly kills Android on features and functionality". Huh? My wife and kids all have iPhones, I have never owned anything but Android phones, and I never see a functionality gap. I do think iPhones are good for children and wives though...
Reply  |  Post Message  |  Messages List  |  Start a Board
Page 1 / 3   >   >>
Editors' Choice
Hot Topics