Strong demand for iPhone in China drove Apple's earnings for its fourth fiscal quarter of 2015.

Apple reported revenue of $51.5 billion and earnings of $1.96 per share for its record-breaking fourth fiscal quarter of 2015. Revenue for the 2015 fiscal year totaled $234 billion, an increase of 28% from a year prior.

"Fiscal 2015 was Apple's most successful year ever," reported CEO Tim Cook in a statement reporting its financial results.

Fourth-quarter revenue was up 22% from the same period last year, and net income rose $8.47 billion to reach $11.1 billion. Q4 numbers beat analysts' expectations of $51.11 billion in revenue and $1.88 earnings per share, as reported by Thomson Reuters.

iPhone drove the monster share of Apple's revenue, with sales accounting for $32.2 billion of earnings. Cupertino sold 48.04 million iPhones during Q4, an increase from 39.27 million units year over year.

It should be noted the iPhone 6s and 6s Plus officially went on sale Sept. 25, so the new devices had barely hit the market before Apple wrapped up its most recent fiscal quarter. Sales of the upgraded iPhones exceeded 13 million in their first weekend of availability.

China promises to continue being an area of growth going forward. Apple opened its 25th store in China this past weekend and aims to open 40 within the country by the middle of 2016.

iOS 9 also demonstrated strong performance following its September release. Sixty-one percent of active iOS devices are running iOS 9, said Tim Cook, and it's on track to be downloaded by more users than any software release in Apple history.

Cook did not disclose sales figures for Apple Watch but reported there are now 13,000 apps available for the wearable device. Apple also expanded distribution for the watch, which was available in almost 5,000 locations by the end of Q4. 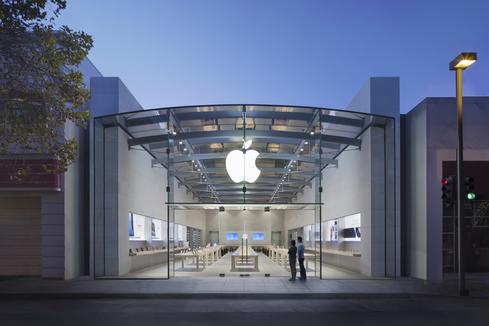 Mac sales reached 5.7 million during the most recent quarter, marking 3% growth year over year and an all-time quarterly record. Apple continues to defy the lag in the PC market, which IDC claims to have contracted 11%, as stated on the earnings call.

Enterprise markets accounted for $25 billion in Apple revenue, an increase of 40% from the same time last year. The company acknowledged its partnership with IBM, which has deployed more than 30,000 Macs within the business and is reportedly cutting costs by $270 per device due to a lower need for tech support.

iPad sales reached 9.9 million, a decrease from 12.3 million year over year. This marked the seventh consecutive quarter of decline for Apple's tablet sales, reports the Wall Street Journal. While many consumers don't see the need to upgrade their tablets over time, Apple's upcoming iPad Pro is designed to spur business adoption.

Apple predicts revenue between $75.5 billion and $77.5 billion for its next financial results following the holiday quarter.

Kelly Sheridan is the Staff Editor at Dark Reading, where she focuses on cybersecurity news and analysis. She is a business technology journalist who previously reported for InformationWeek, where she covered Microsoft, and Insurance & Technology, where she covered financial ... View Full Bio
We welcome your comments on this topic on our social media channels, or [contact us directly] with questions about the site.
Comment  |
Email This  |
Print  |
RSS
More Insights
Webcasts
Key technology trends in 2021 - Making these technologies work for your business
Zero Trust for a Work-From Home World
More Webcasts
White Papers
Why Add Security to Your Skill Set and How to Do It
Don't Let the Past Obstruct Your Zero-Trust Future
More White Papers
Reports
Intelligent Outcomes Are Key to Business Resilience
Building the SOC of the Future
More Reports

11 Ways DevOps Is Evolving Lisa Morgan, Freelance Writer,  2/18/2021
White Papers
Why Add Security to Your Skill Set and How to Do It
Supercharge Incident Response with DDI Visibility
MontanaPBS Shifts to Agile Broadcasting with Help from Raritan KVM Solutions
Understanding Credential Abuse Attacks: A Real-World Example
Don't Let the Past Obstruct Your Zero-Trust Future