Apple will reportedly make the iPhone 7 waterproof and compatible with wireless charging, and equip it with new camera technology. Let's chase down the latest speculations. 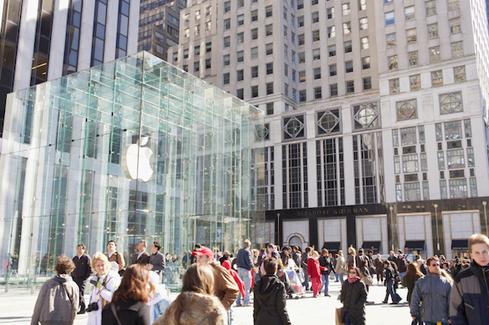 Apple stock took a tumble earlier this month when reports indicated the company planned to cut production of the iPhone 6s and 6s Plus by 30% for the January-March quarter.

News of the slowdown was originally reported by Japanese media outlet Nikkei and picked up by the Wall Street Journal. Inventories are higher than usual, Nikkei reported, because sales of Apple's newest smartphones have been slower than those of their predecessors.

Apple had a successful holiday season in 2015, when its products accounted for 49.1% of all new devices given during the week before Christmas through Dec. 25. Its newest iPhone 6s and 6s Plus models sold 13 million units during the week they launched.

Given those numbers, it's hard to believe trouble lies ahead for Apple. However, industry watchers anticipate a slowdown in high-end smartphone sales throughout the year to come.

"Despite the glitz and glamour at the high-end, we still expect the bulk of volume and growth to once again sprout from low to mid-range handsets, particularly in emerging markets," said Anthony Scarsella, IDC research manager for mobile phones, in a statement.

The less-than-positive outlook is putting pressure on Apple to come up with a groundbreaking design that will generate sales in 2016. In addition to the iPhone 7, it's reportedly working on a lower-end model called the iPhone 5e.

The iPhone 7 is expected to debut in September, meaning Apple is working on it -- and people are talking about it. Let's take a look at the top features rumored to appear in Apple's next iPhone. Would any of these convince you to make the upgrade? Would any turn you away?

@kstaron I'd love to see better battery life, but based on these rumors there isn't enough to persuade me to upgrade. The iPhone 6 is thin enough for me and does everything I need it to do - a slightly thinner frame and better camera wouldn't be worth the cost. Very curious to see what Apple actually comes out with this year
Reply  |  Post Message  |  Messages List  |  Start a Board
InformationWeek Is Getting an Upgrade!