iPhone 7: Does Apple's Next Smartphone Have To Be 'Spectacular'? - InformationWeek

The Apple iPhone SE is nice enough. But come the fall, Apple needs to really impress with the iPhone 7, some critics say. However, some other analysts aren't so sure.

Apple's March 21 press event yielded, as expected, the 4-inch iPhone SE, which has been described as "an iPhone 6s in a 5s body."

The early review are in and the iPhone SE is being called "insanely powerful" by the reviewers at Mashable, and an iPhone for people "whose thumbs lack the wingspan of eagles," according to the Wall Street Journal.

It's also been called, in so many words, a placeholder.

It's Apple's in-between model -- the type of iPhone that Apple puts out between the leaps-in-innovation models. That means, come September, when the company traditionally makes a major product announcement, Apple needs to come up with something spectacular, Walt Mossberg wrote in the March 23 installment of Mossberg, his weekly column. 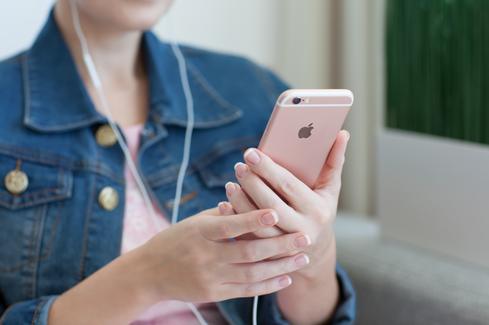 "If the smartphone category is to take a leap forward, and the iPhone is to maintain its ever-thinning lead as the best smartphone you can buy," stated Mossberg, "Apple needs to impress big time in the fall."

However, does the iPhone 7 need to be spectacular?

"This whole argument seems to rest on the false idea that everyone upgraded their phone every year. The reality is that the upgrade from one year's phone to the next is always somewhat incremental, but the vast majority of people upgrade roughly every two iPhone models," Jan Dawson, chief analyst with Jackdaw Research, told InformationWeek.

"For example, on Apple's last earnings call, Tim Cook said just 40% of Apple's base had upgraded to either an iPhone 6 or 6s, so 60% still hadn't," Dawson explained. "With that as the context, each phone has to be good enough to prompt people with two-year-old iPhones to upgrade, and that's actually less than a challenge."

"But what's really interesting is the implied or else. And there really is an else," Gottheil told InformationWeek. "So far Apple has been managing to pull off a trick that eventually it won’t be able to… It's been making each version better enough than the iPhone two cycles back, so that people are motivated to upgrade their phones actually more rapidly than is necessary."

That "or else" is what's to blame for iPad sales.

"Why have iPad sales fallen off?" said Gottheil. "Because a five-year-old iPad is still a pretty good iPad. … It's a challenge the facing the entire industry, in every product category."

Gottheil also noted that changes to smartphone financing -- the industry move away from two-year subsidies -- has changed the pace at which people upgrade. But a nice motivator, like a camera that can match or beat the camera on the Samsung Galaxy S7, could certainly help.

Jackdaw's Dawson added, "I'm not sure the next iPhone has to be any more spectacular than the last, so I think Mossberg's argument is overblown. As long as Apple keeps to its past pattern with regard to upgrades, it should be fine."

Michelle Maisto is a writer, a reader, a plotter, a cook, and a thinker whose career has revolved around food and technology. She has been, among other things, the editor-in-chief of Mobile Enterprise Magazine, a reporter on consumer mobile products and wireless networks for ... View Full Bio
We welcome your comments on this topic on our social media channels, or [contact us directly] with questions about the site.
Comment  |
Email This  |
Print  |
RSS
More Insights
Webcasts
Securing and Monitoring Networks in the 'New Normal'
The Failures of Static DLP and How to Protect Against Tomorrow's Email Breaches
More Webcasts
White Papers
A Technical Deep Dive on Software Exploits
The Value of Threat Intelligence with DomainTools: Identify Threats 82% Faster
More White Papers
Reports
Evolution of Ransomware Gangs
Special Report: Edge Computing: An IT Platform for the New Enterprise
More Reports

There is only one thing I would like Apple to add to the iPhone 7: A double-SIM slot. With that, I would be more than happy. I currently have an iPhone 6 Plus and will be upgrading to a 7 Plus. -Susan
Reply  |  Post Message  |  Messages List  |  Start a Board
Editors' Choice
Hot Topics