iPhone 6s Reviews In: Apple Has Another Winner - InformationWeek

Reviews from across the media landscape have hailed the latest iPhone, quibbles about battery life aside, the best smartphone Apple has yet produced.

Now that Apple's embargo on early iPhone 6s and 6s Plus reviews has lifted, comments are pouring in on the smartphone's level of improvement. By almost all accounts, this iteration of the device has proven to be the best yet.

The Wall Street Journal, rarely a publication to fall victim to hyperbole, called the latest iPhone a slightly better iPhone 6, addressing many user complaints save one of the loudest -- that of the perpetually draining battery.

"Let's get this out of the way first. The No. 1 thing people want in a smartphone is better battery life. And the iPhone 6s doesn't deliver that," the paper reported. "The 4.7-inch 6s will get you through the day, but you'll struggle to make it [until] bedtime with moderate to heavy use."

The review also noted the upgraded processor -- the A9 -- and 2GB of RAM resulted in noticeably faster performance than the iPhone 6, saving particular praise for the improved speed in which the Touch ID fingerprint sensor recognizes the user. 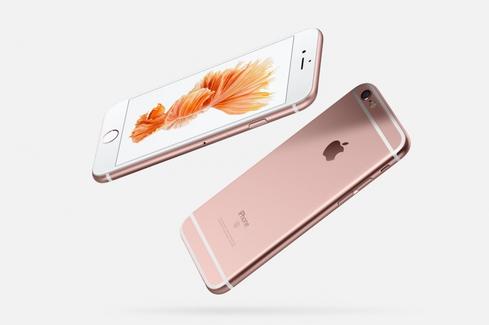 The New York Times focused on two major software features of the iPhone 6s -- 3D Touch and Live Photos, finding the former of limited use, but the latter fully integrating into the photo-taking experience. "It was fun experimenting with 3D Touch, but I rarely felt compelled to use it," the Times' Brian X. Chen wrote. "But it's still early days, and 3D Touch has the potential to mature into a useful feature."

Chen noted Live Photos, which allows users to make short video clips thanks to the camera recording the moments before and after the photo is taken, allows users to capture moments they otherwise would not have thought to film. On the other side of the pond, the British paper The Telegraph drew attention to the camera's aesthetics, and pointed out that the smartphone is nearly identical in size, weight, and thickness to the previous model.

It comes in a new color, Rose Gold, which has split the style community. "Apple's rose gold is a funny kind of shade -- its tendency to reflect or absorb light depending on the lighting conditions when photographed means it can appear anything from an icy mauve to a muddy golden brown in pictures," Rhiannon Williams of the Telegraph, wrote. "In reality it's a warm, pinky copper color, and is guaranteed to sell shedloads."

Tech blog Mashable's review of the iPhone 6s Plus called the latest phablet (smartphone plus tablet, for those of you running late to the lingo game) "something of a performance beast," noting the 5.5-inch device's speed and dexterous use of the improved processing power, especially when it comes to the features behind 3D Touch, like Peek and Pop and Quick Actions.

"While the names may be a bit cute, the execution is brilliant," the site's Lance Ulanoff wrote. "I honestly can't think of how Apple could have done this better. 3D Touch alone almost makes the iPhone 6S Plus worth the price of an upgrade."

Nathan Eddy is a freelance writer for InformationWeek. He has written for Popular Mechanics, Sales & Marketing Management Magazine, FierceMarkets, and CRN, among others. In 2012 he made his first documentary film, The Absent Column. He currently lives in Berlin. View Full Bio
We welcome your comments on this topic on our social media channels, or [contact us directly] with questions about the site.
Comment  |
Email This  |
Print  |
RSS
More Insights
Webcasts
Securing and Monitoring Networks in the 'New Normal'
The Failures of Static DLP and How to Protect Against Tomorrow's Email Breaches
More Webcasts
White Papers
The Dark Side of SD-WAN
The Trouble with Phishing
More White Papers
Reports
Building an Effective Cybersecurity Incident Response Team
Special Report: Understanding Your Cyber Attackers
More Reports

@SachinEE: If it is back compatible, but Apple knows its marketing, it probably wouldn't give this feature to the lesser iPhones (I hope I am proved wrong) because they want to maximize profit. I cannot believe they didn't add this feature to the iPhone 5s and 6. If somebody tells me it was still in development then I would disagree.
Reply  |  Post Message  |  Messages List  |  Start a Board

I would think this upgrade would come with the iOS 9? It doesn't look like a hardware upgrade. If they added newer sensors, which I don't think is the case, then people can use this on the iPhone 6 and 6+ as well.
Reply  |  Post Message  |  Messages List  |  Start a Board
Editors' Choice
Hot Topics