Apple's new iPhone 6s and iPhone 6s plus rely on A9 processors from Samsung and TSMC. Some claim the chips consume battery life differently.

Apple inadvertently created a bit of PR debacle for itself by sourcing the A9 processor from two different companies. Benchmark tests used to assess battery and processor performance on the iPhone 6s and iPhone 6s Plus are coming back with curious results, suggesting one processor is more efficient than the other.

Apple says that's not the case.

Primate Labs' website has a collection of GeekBench battery life test results, which show a fairly wide variance. The widest gap stretched about 20%, which amounted to a difference in about two hours of battery life. No doubt, that's a significant disparity between handsets. The results are crowd-sourced from various iPhone 6s and 6s Plus owners, so we're talking about more than just a handful of phones.

Even so, the differences can be a bit misleading. 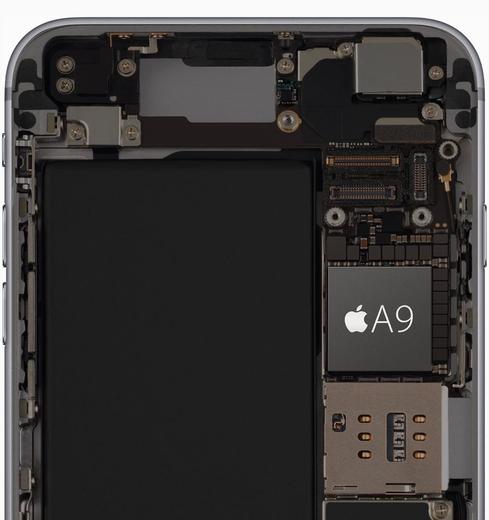 To start, AnandTech points out that GeekBench's results as seen on Primate Labs' site can't be sorted between those generated by the Samsung A9 and TSMC A9. It's easy to see that one test result generated more battery life than another, but there's no easy way to see which chip generated the result. More to the point, variances in manufacturing will (almost always) lead to chips that perform better than others, within margins deemed acceptable by the fabricator and/or Apple. Toss in a variety of other components from other manufacturers added along the assembly line, and there's no way to avoid minor variances between individual devices. It's the nature of manufacturing.

Two hours sounds like more than a minor variance, but Apple has a response to the issue.

"Certain manufactured lab tests which run the processors with a continuous heavy workload until the battery depletes are not representative of real-world usage, since they spend an unrealistic amount of time at the highest CPU performance state," said the company in a statement. "It's a misleading way to measure real-world battery life. Our testing and customer data show the actual battery life of the iPhone 6s and iPhone 6s Plus, even taking into account variable component differences, vary within just 2-3% of each other."

That 2% to 3% difference amounts to something more like 12 to 15 minutes of battery life in an average day.

[Read about other Apple controversies.]

One might accuse Apple of sugar-coating the issue, but it's response is fairly reasonable. Consider Apple's position. It collects vast stores of data from customers. It certainly has far more data on battery life variances than Primate Labs and GeekBench can ever hope to produce. Further, it probably knows how to differentiate between results generated by the Samsung and TSMC A9 processors.

More importantly, Apple admitted that there is in fact a difference in performance of the two chips. Apple owned up to the issue and provided stats to put it to rest. The 2-3% variance surely falls within acceptable margins for the majority of consumer electronics devices.

At the end of the day (pun intended), battery life depends on myriad factors, and benchmark testing doesn't necessarily reflect what happens in the real world.

Eric is a freelance writer for InformationWeek specializing in mobile technologies. View Full Bio
We welcome your comments on this topic on our social media channels, or [contact us directly] with questions about the site.
Comment  |
Email This  |
Print  |
RSS
More Insights
Webcasts
The Failures of Static DLP and How to Protect Against Tomorrow's Email Breaches
Building the SOC of the Future: Next-Generation Security Operations
More Webcasts
White Papers
A Practical Guide to SASE Migration
The Essential Guide to Securing Remote Access
More White Papers
Reports
The Malware Threat Landscape
IDC FutureScape: Worldwide Digital Transformation Predictions
More Reports

Samsung did not copy TSMC and its chips are certainly not 20-20% cheaper than their Chinese competitors.  Please.  Not even Apply fan boys claim this.  There's a reason Apple has given the majority of its chip business to Samsung (and never to TSMC).
Reply  |  Post Message  |  Messages List  |  Start a Board

2. Samsung FinFET process copied from TSMC , and CPU sale price is lower 20~30% than TSMC. Should be i6s same sale price ?

What is important here is whether the device YOU own falls reasonably within spec. Yes, if Apple advertised 10 hour battery life and all the phones with a certain chip only get 8... then that's an issue. If Apple advertises 8, then it's irrelevant if some set of customers get 10. (Even IF the supposed benchmarks were accurate.)
Reply  |  Post Message  |  Messages List  |  Start a Board

Amazing how one goes from "The 6s plus seems to have better battery life than the 6s" to "it must be the CPU!". Maybe its the motherboard. Maybe its other components. Maybe its just because the 6s plus users tend to have their screens on a lower brightness for some reason. Heck, maybe it's because the 6s users keep their phones in their pockets, while the 6s plus users don't. Or that there's a programming issue with something in the benchmarking software that's caused a glitch on the 6s that causes the benchmark to use more CPU than it's supposed to?

And who does this test really represent? People who spend a lot of time on their phones playing Candy Crush?

I stopped trusting benchmarking apps/scores way back in the 90s/early 00s. I'd sooner trust anecdotal evidence from 'real' users of a device than "well, my app says its bad". These kinds of stories is what leads people to say things like "I've had my phone for a month and didn't realize it was so horrible in battery life until I read this article about it!"
Reply  |  Post Message  |  Messages List  |  Start a Board

The amount of data that is accessible is not enough at the moment to determine if the variance is caused by the different chips. The phone was released around 16 days ago and in a few months the data will exist that identifies the exact cause of the problem (if a problem exists). I wonder if a problem does exist in the chips then, will it be Samsung's A9 processor or TSMC's processor that is causing the problem.
Reply  |  Post Message  |  Messages List  |  Start a Board

Eric - Thanks for featuring it.

I find the ending of the blog a little tilted and unbalances.

Instead of giving more weight to Apple reports, I'd give more weight to 3rd party results. Apple is a party to this issue and thus has interests to downplay the issue. Something that Apple has done in the past.
Reply  |  Post Message  |  Messages List  |  Start a Board
Editors' Choice
Hot Topics