iPhone 6s And 7 Other Smartphones To Watch In 2015 - InformationWeek

We've already seen a wave of new smartphones hit the market in 2015. What's coming up for the rest of this year? 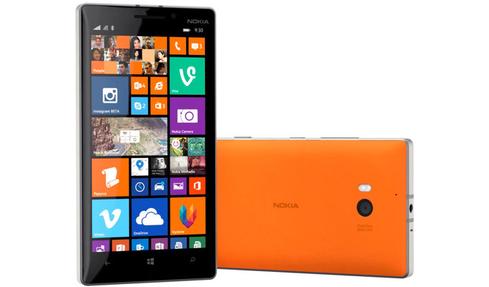 Before you go shopping for a smartphone upgrade, make sure your newest purchase won't be old news within the next few months.

We're over halfway through 2015, and it has been a busy year for the mobile market. Smartphone giants like Samsung and HTC have already released new devices over the last few months, and we're looking forward to new gadgets from Apple (the iPhone 6s) and Microsoft (several Lumia devices) before the end of this year.

Innovative features aren't the only changes making headlines in the mobile tech space. Device-makers continue to gain and lose market share as customers decide which smartphones are worth purchasing.

Market leaders Samsung and Apple have long competed to win over users with their Android and iOS platforms. Just recently, Samsung took away Apple's throne at the top of the US smartphone market. Apple had been leader in the space thanks to the massive success of its iPhone 6 and 6 Plus.

In the three-month period that ended in May, Samsung managed to boost its market share to 64.9%. Apple was just under 35%, with both companies leaving makers like Microsoft and Blackberry in the dust.

Samsung's progress in the US was in thanks to the Galaxy S6 and S6 Edge, both of which were released earlier this year. Other Android makers like HTC and Motorola struggled as shares fell, leaving room for competitors like Sony and Huawei to move ahead.

It's still early to tell which businesses will be on top by year's end. There is still plenty to come from mobile makers in 2015, and new devices could prove to shake up the industry. The coming months will bring new software (hello, Windows 10) and hardware (Google's Project Ara), and it'll be interesting to see how customers react.

Read on to learn more about what we can expect to see in new mobile devices throughout the rest of 2015. Which smartphones are you most excited to see and try? Feel free to share your thoughts.

@ nomii.  Absolutely agree with you .  It is a very expensive way to show your status to others.  I have heard people changing phones every 1 or 2 just to get the latest one.  I usually change phones unless Its absolutelly necessary.  But, today's new smartphones are very similar that getting the latest one isn't much more different than its competitor. Iphone 6 is not less different than the samsung s6.  You won't believe, but i still see people using a blackberry.  Such users really need to get a new smartphone
Reply  |  Post Message  |  Messages List  |  Start a Board

@Li very right. But I think that its basically now battle of capturing the market. Initially it was nokia and now its samsung. I am not sure where this battle ends. I feel the battle will be won by the one who provides best quality at affordable prices.
Reply  |  Post Message  |  Messages List  |  Start a Board

@Pedro very well said. I think smartphone is not a mere tool now, it has become a social symbol. People are bending on buying most expensive phones just to show off their status and impress others. They are really not concerned about what they really offer. Its basically a  buisness on word of mouth. They hear from others and buy it. I have seen people changing their mobiles more than 3 to 4 times an year, Yes I can say that they are brand loyal but not the mobile. But few are not even to the brand. They will buy anything that attracts other irrespective of how much it costs. What do you say?
Reply  |  Post Message  |  Messages List  |  Start a Board

I agree.  Maybe if you tethered other devices to your smartphone like Apple is doing with their Iwatch, it could be a way to separate yourself from the competition.  Besides that, the smartphone market will become more competitive as new companies arise and bring new hardware capabilities to their smartphones.
Reply  |  Post Message  |  Messages List  |  Start a Board

To add to your comment (BTW, great article), if we look at the trend we can definitly see a push more on the hardware side.

I think from the list you mentioned, the Google Nexus 5 has more innovation since it's pushing to have a 2K display, which is something that's pretty amazing to achive in such a small package.

With smarphone hardward constantly being pushed and improve, it'll be interesting to see if the industry in general will shift on what is delivered. An example is how Video Streaming has picken up a lot of traffic thanks to wider smarphone screens.

Good point in saying the hardware will have to be extremely well-made. It's cool that Project Ara would essentially allow users to design their own devices, but it seems like they would be more fragile than regular smartphones. Dropping a regular smartphone might result in a screen crack; dropping one of these might leave your phone in multiple pieces.
Reply  |  Post Message  |  Messages List  |  Start a Board

It's difficult to tell real differentiator nowadays - all smartphones have similar capability. The major difference lies with OS and hardware capability. It depends on how much you want to pay - of course  iPhone is still the most expensive one.:-)
Reply  |  Post Message  |  Messages List  |  Start a Board

Indeed, capabilities are the same since a few years IMO.
Reply  |  Post Message  |  Messages List  |  Start a Board

I think as of now all smartphones have the same capabilities.  They are almost indistinguishable besides brand name, and number of apps they have available. I do wonder how much further we can increase the number of pixel and local storage for a smartphone. I think the smartphone that I found most fascinating was the Google Ara.  People can really make their phone unique depending on their own preferences.  I just hope that it can support the beating that people give their smartphone on a regular basis. I wouldn't want to have my Ara phone break into pieces.
Reply  |  Post Message  |  Messages List  |  Start a Board
Editors' Choice
Hot Topics