With the rumored iPhone 6c, Apple may move away from the polycarbonate case but keep the color spectrum, and might add a faster processor and Apple Pay.

The iPhone 6s and 6s Plus have only been on the market for a few months and already rumors are swirling about Apple's plans for its next smartphone, with a Chinese report claiming the iPhone 6c will go on sale in February.

The report, picked up by GforGames, cited unnamed Foxconn insiders as sources. It claims the plastic casing found on the iPhone 5c will be replaced with a colorful metal casing.

In addition to replacing the polycarbonate casing with metal, Apple is also likely to include the faster A9 processor, but forgo premium technologies like 3D Touch, which it will reserve for its flagship iPhones.

The iPhone 6c could also come with near field communication (NFC) technology, which would allow the device to support Apple Pay, as well as Touch ID, according to a report in Apple-centric blog 9to5Mac.

According to an analyst note from KGI Securities analyst Ming-Chi Kuo that was obtained by AppleInsider, the iPhone 6c will be priced in the $400 to $500 range and will be aimed at budget consumers and emerging markets. 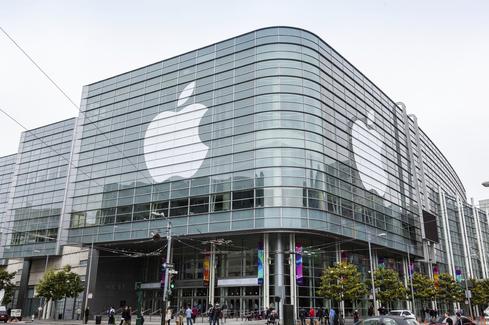 Kuo also thinks the iPhone 6c will feature a slightly curved front display, similar to that of the current iPhone 6s. This is a departure from the flat screen found on the iPhone 5c.

In addition to predications about the iPhone 6c, Kuo also wrote that he thinks Apple's next flagship device, ostensibly called the iPhone 7, would feature 3GB of random access memory (RAM), although the 4.7-inch model would not receive a memory upgrade.

The iPhone 6c rumors follow recent -- and controversial -- speculation about Apple's next premium smartphone, which in all likelihood won't be released for another 10 months.

In the company's seemingly endless quest to make devices as thin as possible, Apple is reportedly planning to remove the 3.5-mm headphone jack and consolidate the input/output technology into the iPhone's Lightning connector.

A report this week in Japanese tech site Mac Otakara quoted an unnamed but "reliable" source that Apple is working on making its newest handset a full millimeter slimmer, which means the 3.5-mm headphone jack has to go.

[Read about the rumors of a Microsoft "Surface phone."]

While some critics have argued Apple is simply looking to make a cash grab by forcing consumers to buy audio accessories or adapters that will work with the iPhone, this would not be the first time Apple has tossed out ports it considers a hindrance to its pursuit of ever-slimmer products.

While the first Android-based smartphone -- the HTC G1 -- also shipped without a headphone jack, the design decision didn't have any major influence in the smartphone industry. Apple's decision could have wider implications thanks to the iPhone's popularity and reputation as a cutting-edge, premium device.

Nathan Eddy is a freelance writer for InformationWeek. He has written for Popular Mechanics, Sales & Marketing Management Magazine, FierceMarkets, and CRN, among others. In 2012 he made his first documentary film, The Absent Column. He currently lives in Berlin. View Full Bio
We welcome your comments on this topic on our social media channels, or [contact us directly] with questions about the site.
Comment  |
Email This  |
Print  |
RSS
More Insights
Webcasts
Making XDR Work in Your Enterprise - May 12
Multi-Cloud Data Management for Modern Applications
More Webcasts
White Papers
Intelligent Outcomes Are Key to Business Resilience
Cisco Threat Response
More White Papers
Reports
A Decade of Passive DNS
The Infoblox Q4 2020 Cyberthreat Intelligence Report
More Reports