50%
Tweet
Intellectual property regulators in Beijing have ordered Apple to stop selling its iPhone 6 and iPhone 6 Plus in China's major city, claiming they violate patents held by a Chinese smartphone maker.

Apple's China business has taken another hit, as Beijing's intellectual property regulators have order the iconic computer maker to halt sales of its iPhone 6 and iPhone 6 Plus in that major city.

The Beijing Intellectual Property Office ruled that Apple's current slate of iPhone smartphones violates the patents held by China smartphone maker Shenzhen Baili for its 100C phone, according to a Bloomberg report.

Apple has appealed the May ruling that claims it copied the 100C smartphone's exterior design, Forbes reports, but it is not clear whether the case will work its way through the legal system. Regardless, the order will take effect before Apple comes out with its next-generation iPhone -- the iPhone 7. The company traditionally releases new iPhone models in September.

While the iPhone 6 ban only applies to the city of Beijing, and while a court may ultimately rule in Apple’s favor, the patent infringement order can nonetheless cause problems for Apple. The ban marks the latest challenge the company faces in China, one of its major markets outside the US. 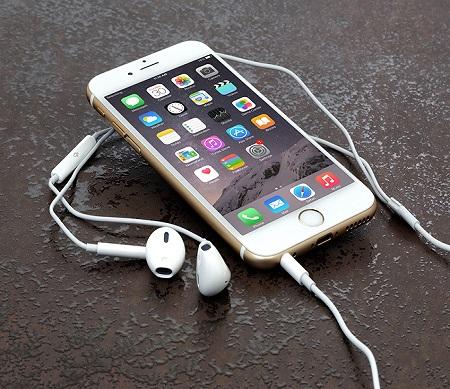 In Beijing, some mobile stores are already halting sales of the iPhone 6 and iPhone 6 Plus, since the intellectual property office order came out in May, reports The Wall Street Journal.

[Read more about iPhone sales and the importance of these Chinese market.]

During its fiscal second quarter, Apple attributed a drop in iPhone sales as contributing to its first quarterly decline in revenue and net profits in the past 13 years. Apple's China market, which is its second largest market after the US, posted a 26% revenue decline during its latest quarter.

Apple has encountered other troubles with China, as well:

With China such a crucial market for Apple, and with troubles with its bread-and-butter iPhone flaring up in that country, it follows that Cook would visit Beijing, which he did in May, and, according to MarketWatch, have Apple invest $1 billion in that city’s ride-sharing company Didi Chuxing Technology.

Dawn Kawamoto is an Associate Editor for Dark Reading, where she covers cybersecurity news and trends. She is an award-winning journalist who has written and edited technology, management, leadership, career, finance, and innovation stories for such publications as CNET's ... View Full Bio
We welcome your comments on this topic on our social media channels, or [contact us directly] with questions about the site.
Comment  |
Email This  |
Print  |
RSS
More Insights
Webcasts
Building an Incident Readiness and Response Playbook
Linking, Orchestrating, and Managing Your Enterprise Security Systems
More Webcasts
White Papers
[Exclusive InformationWeek IT Trend Report] The Cloud Gets Ready for the 20's
Definitive Guide to Securing DevOps
More White Papers
Reports
Can You Spare 10-12 Mins to Help Us Out with a Survey on Tech Trends?
Got 7 Minutes? Dark Reading Needs Your Help With Our Survey on Incident Response
More Reports

Phone design is quite limited, unless someone designs a circular phone. Apple has been designing phones for years. How long has this Chinese company been in the phones business?