50%
Tweet
Take a closer look at the Apple iPad mini's design, features, and pricing. Is this tiny tablet the right fit for you? 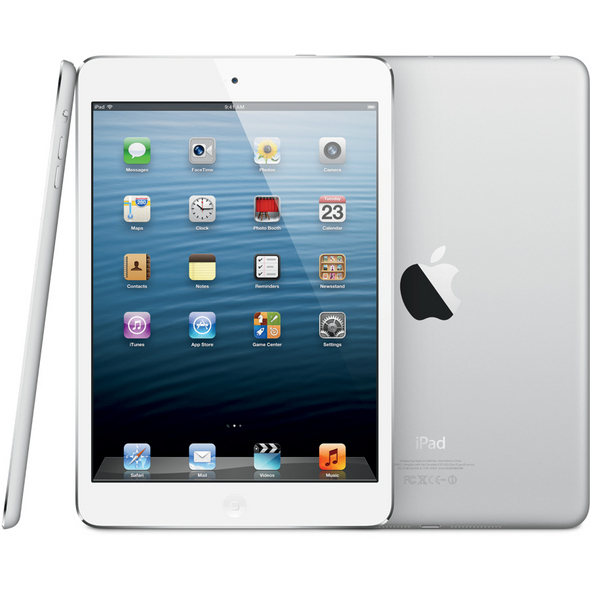 In trying to position its long awaited iPad Mini, Apple managed to avoid employing the overused expression, "less is more." Instead, it offers a more perplexing value proposition: Less is the same. Apple on its website says about its iPad Mini, "There's less of it, but no less to it."

As Apple designer Jonathan Ive put it, the iPad Mini is "a concentration, not a reduction, of the original." Ignore for a moment that a "reduction," at least in the culinary sense, is synonymous with "concentration." Apple insists that the iPad Mini is the same iPad you know and love, but in a different size.

However, sameness and difference don't play well together. The iPad Mini is clearly less capable in the graphics department: Its display, while sharp, is not the Retina display that makes the 9.7-inch iPad, now in its fourth generation, so compelling.

The iPad Mini also features a less powerful processor than its big brother. The Apple A5 is a fine chip. It powers the second generation iPad. But it's no A6X, which runs about twice a fast, in the fourth generation iPad.

The iPad Mini is less bulky than the 9.7-inch iPad and competing 7-inch tablets. Measuring 7.2 mm thick and weighing 0.68 pounds, it's "pencil-thin," to borrow Apple's characterization. It's just the thing for traveling light, and it nicely fills the gap between its full-sized sibling and the even smaller iPhone 5.

As a wireless device, the iPad Mini includes almost everything you'd want to see, except for 802.11ac. It supports dual-band 802.11 a/b/g/n wireless networking, at speeds up to 150 Mbps, and those models that include a cellular chip support LTE and DC-HSDPA.

The iPad Mini comes with an Apple Lightning connector, designed for a more compact connection port. Intriguingly, the Lightning connector can support a USB adapter, enabling direct connection of cameras or SD cards, as well as VGA or HDMI digital video sources, to the iPad Mini and the fourth generation iPad. This could make it even easier to get files on or off iOS devices, if Apple and its third-party partners support peripherals designed for this purpose.

Then there's the price: $329 and up. The iPad Mini costs more than Amazon's $199 Kindle Fire HD and more than Google's $199 Nexus 7. It remains to be seen whether the iPad Mini would have been better off with more "less to it" in terms of price.

Dig into our slideshow to get a close look at the tiny tablet and see how it compares to its larger peers.

Comment  |
Email This  |
Print  |
RSS
More Insights
Webcasts
Building and Refining Threat Hunting Practices in Your Enterprise
Now That Ransomware Has Gone Nuclear, How Can You Avoid Becoming the Next Victim?
More Webcasts
White Papers
DevOps for the Database
2020 State of Malware Report
More White Papers
Reports
Online Threats -- and What Your Org Can Do About Them
[Special Report] Remote Network Management
More Reports

Deeply disappointed that you chose the 'Slide Show format for this article.
Reply  |  Post Message  |  Messages List  |  Start a Board

Thanks GaryMcCray, for the kind of information I kind of expect from IW.. but... lately they seem afraid to be definitive (incapable?) .. appreciate your comments.
Reply  |  Post Message  |  Messages List  |  Start a Board

It's a great gift for a girl, because it's convenient to browse Pinterest and wathc Youtube on it. Other than that... By the way you can see if you qualify to get it for free , there are some spots left! Check it out: http://bitly.com/UxlXWn
Reply  |  Post Message  |  Messages List  |  Start a Board

As predicted Apple introduced the 16 gb IPad Mini for $329.00 with hundred dollar price increments for each size larger.

The IPad Mini also as predicted is a carbon copy of the IPad 2 only smaller with a low 1024 x 768 resolution display and an improved camera.

Both the Amazon Fire HD and the Google Nexus 7 have excellent App availability and support and have HD displays.

It does not seem that the Mini is going to be a strong influence in the 7" tablet market.

On the other hand, the "Even Newer" Generation 4 full sized IPad features a considerable improvement in performance over the now old "New" IPad and also has it's excellent "Retina" ultra high resolution display.

Even at $170.00 more, the full sized 4th generation IPad represents a much better value than the Mini in all configurations.

Realistically, if you want an IPad (and can afford one) get a Gen 4 IPad, otherwise get a Fire HD or a Nexus 7.