For small-tablet buyers the Mini is a great option. It's pricier than the Kindle Fire or Google Nexus 7, but its size, elegant hardware and app ecosystem make the extra bucks worth it. If you already own a tablet, though, there isn't much reason to rush out and buy a Mini. 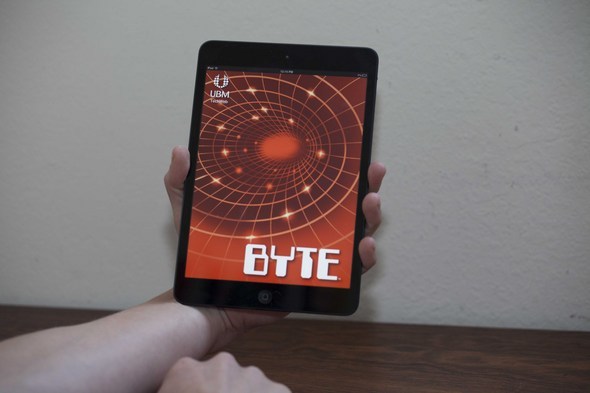 Apple's iPad Mini is an expensive but excellent small tablet.

The first thing that wowed me about the Mini was its size and weight. I really can hold it in comfort with one hand. To me that alone is worth the price difference between, say the Nexus 7 or Kindle Fire HD.

Then there are the apps. The first thing I installed was Twitter as it's my favorite social media tool. But after some testing I found that apps from media outlets like The New York Times, The Daily, and BYTE, of course, were what I gravitated to. That's because the Mini's size, weight, and screen make media consumption easy -- so much so that the Mini is now my go-to device for that kind of activity.

Here's a major plus for the iPad Mini: The same apps that work on the iPad work on the Mini, too. That's because the Mini is an iPad 2 only smaller and lighter. It's got a similar processor -- the A5 -- and 512 MB of RAM. Even the display is the same resolution, just shrunk.

In other words, the computing hardware isn't all that impressive, but that isn't the point. The point is that all the iPad apps work out of the box on the Mini. And they work flawlessly. When the chips are down, Apple's app ecosystem is going to be what separates the Mini from the competition.

I wrote this review on the Mini using a Bluetooth keyboard.

For a first-time tablet buyer the Mini is a great option. It's clearly more expensive than the Kindle Fire or Google Nexus 7, but its size, hardware and app ecosystem make the extra bucks worth it. If you already own a tablet, though, there isn't much reason to rush out and buy a Mini.

Price: $329.00
Pros: Cons:
We welcome your comments on this topic on our social media channels, or [contact us directly] with questions about the site.

Comment  |
Email This  |
Print  |
RSS
More Insights
Webcasts
Hybrid Cloud: The Great Balancing Act
Cybersecurity's Next Wave: What You Should Know
More Webcasts
White Papers
Why Add Security to Your Skill Set and How to Do It
Definitive Guide to Endpoint Privilege Management
More White Papers
Reports
2021 Top Enterprise IT Trends - Network Computing
The State of DevSecOps Report
More Reports

CRM Trends 2021: How the Pandemic Altered Customer Behavior Forever Jessica Davis, Senior Editor, Enterprise Apps,  2/18/2021
White Papers
Why Add Security to Your Skill Set and How to Do It
How Secure Are Your Endpoints?
Stop Malicious Bots For Good: How Better Bot Management Maximizes Your ROI
The Hidden Security Risks of APIs: How to Protect Your Brand, Business, and Data
Data Orchestration: Critical Elements for Data Strategy and Infrastructure