Huawei plans to reveal its first smartwatch at MWC, while Samsung prepares its own lower-cost device. Is the wearable market poised for takeoff?
10 Wearables To Watch At CES 2014
(click image for larger view and slideshow)

Huawei is the latest smartphone maker to announce plans to bring a smartwatch to market. Huawei will announce the wearable, along with other devices, at the Mobile World Congress trade show in Barcelona the last week of February. Samsung is also preparing a new smartwatch with a lower price point than its original Galaxy Gear 2.

Huawei has a stack of new hardware on deck in addition to the smartwatch for Mobile World Congress, including at least one smartphone and two tablets. The smartphone will be a mid-range device rather than flagship class, according to The Wall Street Journal. Huawei revealed no other details about its planned announcements, but the company made it clear that it intends to compete with the top players in the mobile device industry on every level.

Smartwatches and other wearables are beginning to gain traction in the market, though adoption has been a bit slower than industry players would like. The most popular smartwatch to date is also one of the simplest and cheapest. At $149, the Pebble is a relative steal compared to some of the other smartwatches available today. The company launched a steel version of the Pebble at the Consumer Electronics Show in January, and launched an app store for its smartwatches earlier this month.

[Would a wearable device help you do your job better? Read 7 Ways Wearables Will Go To Work.]

Samsung is also expected to show off a new smartwatch at Mobile World Congress, along with the Galaxy S5 smartphone. The smartwatch will be a follow-up to the Galaxy Gear, introduced last September, which was a flop for the renowned smartphone maker. The original Galaxy Gear, an unattractive device with an odd set of features, was overpriced at $349. Even with discounts offered by wireless network operators, the device still cost at least $50 more than competing devices. Further, Samsung made the device compatible only with a limited number of its own smartphones. In comparison, the Pebble works with all Android phones and the iPhone. The Sony SmartWatch 2 is compatible with all Android phones, as are the Qualcomm Toq and (discontinued) Motorola MOTO ACTV. 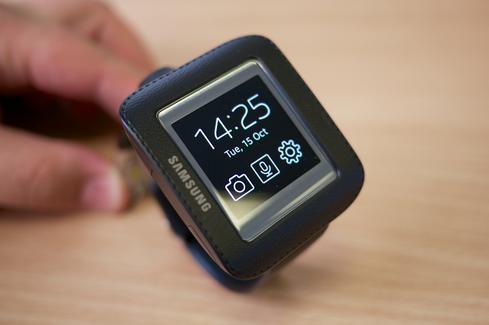 Samsung is carefully weighing which features to give the Galaxy Gear 2 and how much to charge for it, according to ZDNet Korea. Samsung doesn't want the Gear 2 to be undercut by competitors, especially Apple, on price. The Gear 2's price point is expected to come in at $299 or less, which is competitive with what Apple will charge for the smartwatch it plans to introduce later this year. Samsung would do well to make its smartwatch compatible with a wider range of devices as well.

HTC has a wearable on deck, too, though the timing of its announcement isn't clear. ZTE said it will launch its own smartwatch during the second quarter of the year.

By summer, the smartwatch market should be sizzling.

Smartphones do everything these days -- GPS, texting, apps, etc. I can't imagine why I'd want to purchase a smartwatch unless it did something extraordinary. What? I have no idea; I'm with you there.
Reply  |  Post Message  |  Messages List  |  Start a Board

I haven't seen or thought of the killer feature that would get me in for a smartwatch. Anyone have that can't-live-without feature they love about their smartwatch?
Reply  |  Post Message  |  Messages List  |  Start a Board

After US officials slammed Huawei in 2012 for its ties with Chinese authorities, business in the US became much harder for the company. I wonder whether any of the Snowden-NSA revelations will help Huawei return to doing business under less of a cloud.
Reply  |  Post Message  |  Messages List  |  Start a Board
InformationWeek Is Getting an Upgrade!