HTC's first dual-core Android smartphone is the newest addition to T-Mobile's Android lineup. But is the Sensation 4G the right device for you?

One of HTC's latest forays into the U.S. smartphone market through T-Mobile is the dual-core Android-based HTC Sensation 4G.

Though the Sensation 4G is a nice device, it's very similar in look and feel to my HTC Passion (and, therefore, Google's Nexus One, which uses the same hardware). They're all really very much like the original HTC EVO in my mind--almost a little too big. It might take a bit of getting used to before a device this wide feels natural in your hand.

That said, the screen is awesome and camera top-notch. Even when the device only has a decent signal--and I took the time here in Chicago to find T-Mobile's good and bad signal spots--I found the call quality to be excellent. 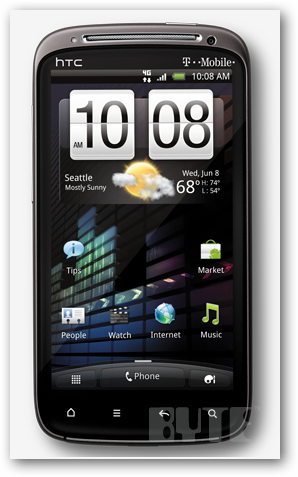 Speed bumps
Processor speed was immediately noticeable. Most of the time the phone zipped along at warp speed. There were, however, a number of occasions when it stopped and stuttered while playing a video or music or launching an application. I would have thought that with a dual-core processor those burps would vanish.

When asked about these issues, HTC responded with the following:


"Even on the modern dual-core processor in the HTC Sensation 4G, small hiccups can happen. There are a variety of system and application activities going on below the user layer at any given time, and in many cases applications are busy syncing information in the background to prevent users from waiting when they enter the app. In many cases, the delay can be attributed to 3rd party software that is unfortunately not optimized to the fullest. HTC provides feedback to many 3rd party software companies when these opportunities are identified."
–Jeff Gordon, Global Online Communications Manager

This tells me that Sense UI 3.0--and perhaps other system-level code--needs a bit of tweaking. HTC has been having trouble, as I understand it, with optimizing Sense UI and other widgets and custom software for older smartphones such as the HTC Desire. If HTC isn't careful, it is quickly going to have similar problems with newer phones such as the EVO 3D and the Sensation 4G. Sense UI is nice, but if custom interface components come at the expense of device performance, I'd rather have a vanilla Android interface.

In a separate ongoing issue, BYTE's Larry Seltzer recently reported on an HTC Android bug that exposes key log data. At this writing HTC was still working on an update that would patch the vulnerability. Until you get the update, likely via OTA, your phone will continue to collect and maintain this data.

Rooting the HTC Sensation 4G
HTC recently informed everyone that all Android phones and tablets will be shipping with unlocked bootloaders. Though this is wonderful news for all custom ROM creators and users, it appears that the HTC Sensation 4G's launch missed the deadline to be covered under the policy. As such, the new-styled bootloader of this device is currently in the S-OFF, or locked, position.

The word around the HTC Sensation forum on the XDA Developers site is that this condition will likely change in an anticipated Android 2.3.4 OTA update for the Sensation 4G. However, there's no official word from HTC on this update at this time. As an official update appears to be pending from HTC, it is unlikely that any bootloader hacking is going to take place for this device.

However, if you look at the I have S-OFF...now what? thread at XDA Devs, you'll see that not every device out there is a retail device, and many devices that are shipped S-OFF at this time were somehow obtained directly from HTC. Devices obtained at retail still appear to be shipped S-ON. My recommendation, again, is to sit tight. Someone is going to get this done and working for all Sensation 4Gs, whether it's HTC or the hacking community. It's just a matter of time.

Up close
The HTC Sensation 4G measures 5 inches long, 2.6 inches wide and just under a half inch thick. The phone looks large, and feels that way in your hands. Its width makes one-handed operation difficult at best, and I've really been trying. The Sensation 4G is definitely a two-handed device.

Compare the size of the HTC Sensation 4G (below center) to the Samsung Vibrant (left) and Google Nexus One (right). 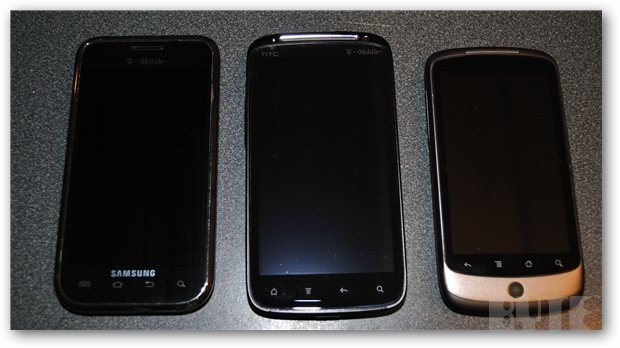 On the back of the HTC Sensation 4G (below center) is a new feature for taking better pictures: a dual-LED flash, next to an 8MP camera lens. 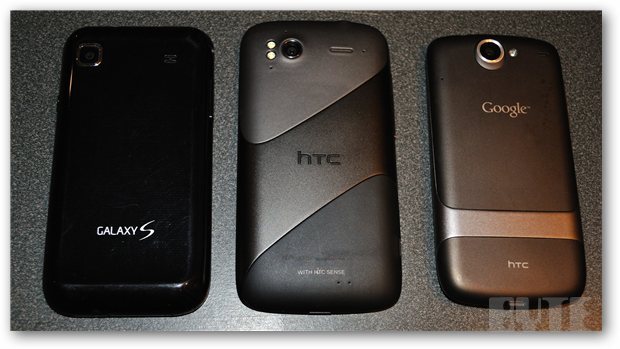 Below is the left side of the three phones, from top the Nexus One, Samsung Vibrant, and HTC Sensation 4G. In addition to a volume rocker like the other two phones, the Sensation 4G has a Micro-USB port on the left side.

There is nothing on the bottom of the HTC Sensation 4G (bottom phone) but a release for the back panel.

Comment  |
Email This  |
Print  |
RSS
More Insights
Webcasts
Nip Ransomware in the FUD: Detecting Attacks Pre-Encryption
Cybersecurity's Next Wave: What You Should Know
More Webcasts
White Papers
Why Add Security to Your Skill Set and How to Do It
Key Strategies for Managing New Risks in Cybersecurity
More White Papers
Reports
The State of Threat Detection and Response
How Data Breaches Affect the Enterprise (2020)
More Reports