50%
Tweet
The tablet that won't stay dead returns. If you want to know what's inside, here's an autopsy--that is, a teardown--right down to the guts of the HP TouchPad. 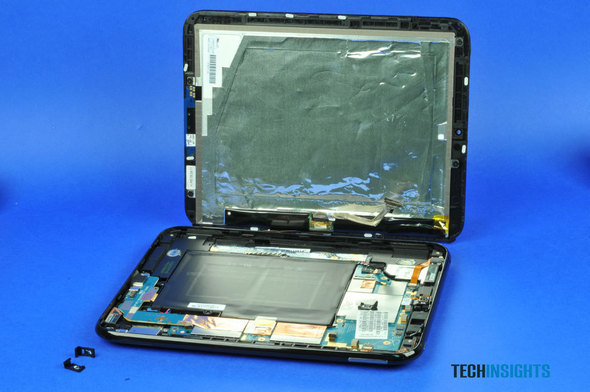 When HP killed its new HP TouchPad on August 17, less than two months after launch, BYTE was surprised. You'd think HP would've ridden it through the holidays. But the clunky tablet just wasn't selling and HP wanted out of the consumer biz, execs said.

Then HP threw us for a loop. It and its countless retailers and online stores started selling the $400 plus tablet at fire sale prices starting at $99. And it sold like crazy. Digitimes reports HP sold out of its 800,000 to 1 million devices in the channel.

But wait, there's more--literally. The same sources at Digitimes, in Taiwan, say HP is planning to use up remaining components and build between 100,000 and 200,000 more TouchPads. For a dead product, the HP TouchPad is getting quite the install base. HP should rename it The Zombie.

If you're curious about what's inside, don't pry your TouchPad open. Soon it'll be dead for real. Instead, let BYTE and our colleagues at UBM TechInsights wield the scalpel for you. Here we go.