How's Your iPhone Battery Since That iOS 5 Upgrade? - InformationWeek

Team Byte and some others aren't entirely happy with iOS 5 since they upgraded their older phones or bought an iPhone 4S. It's too early to draw any real conclusions, but certainly seem to be some problems, mostly around battery life and app crashes.

Have you up upgraded your iPhone 4 to iOS 5? Have you bought an iPhone 4S? Here at Byte we've had some problems with them and some speculation about what's behind them.

The problems focus on battery life and app crashes. Many users are reporting diminished battery life under iOS 5. Many are reporting app crashes. It's possible that most or all of the problems will be fixed as app developers adjust their code to the differences in iOS 5. If you're having app behavior problems, including crashes, the consensus seems to be that removing and reinstalling can help.

What are your experiences? Please add them to the conversation by using the Comments section below.

I first heard of the problems from Christopher Eve of UBM Asia (Byte is published by UBM TechWeb, under the same parent company). "Since upgrading ... my iPad I notice that battery life has plummeted. And my iPod Touch keeps crashing - even iTunes crashes, unless I turn off wifi."

David McCabe's iPhone 4S battery is draining faster than his 4 did, but iOS 5 on his iPhone 4 wasn't a problem. Both phones are CDMA Verizon models. You have to check your apps running though. Some apps on iOS 5 are not running perfectly and will drain you down. I guess that goes for any phone though. Devs are catching up too. Notice how many updates you have lately and how many include ios5 compatibility. 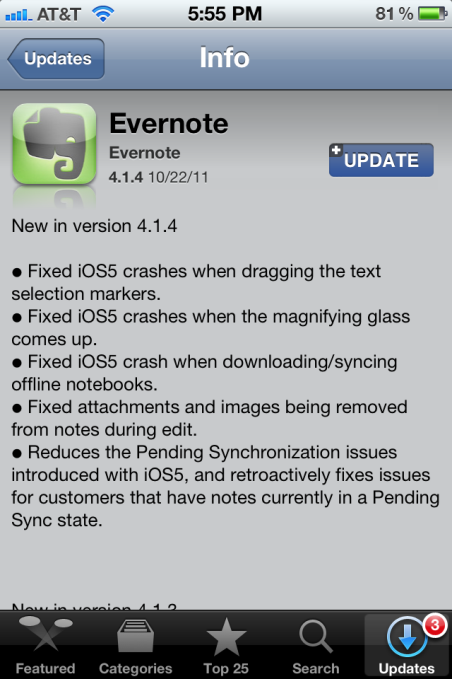