How Mobile OS Updates Can Kill Your Productivity - InformationWeek

Mobile devices such as tablets and smartphones are designed for the current operating system they ship with, either iOS or Android, and maybe the next update. If you (or your employees) have an aging device, the latest OS update might wreak havoc on its performance. How can we avoid the over-the-air update trap?

If you feel like you're continually being forced to seek out a new smartphone or tablet so you can keep the applications you've been using for years running smoothly, you're not imagining it. The reason, in my opinion, is the OS updates that manufacturers force upon our mobile devices.

Three years ago I bought my first tablet: The original Nexus 7 by Google. I like the device, and I use it occasionally to read online newspapers and check email, but I've never become an addict. I was quite happy that Google kept updating the device with its new versions of Android, until I was hit with the Android 5.0 (Lollipop) update. Suddenly, the tablet took several minutes to boot up, the apps became painfully slow, and I stopped using it.

A few weeks ago, when I was looking for a way to tune into an online Christmas radio station for some holiday music at home, I decided to give the Nexus tablet another go. I was immediately served with another over-the-air (OTA) update to Android 5.1. After the update, I thought that Google had fixed some of the performance issues, but no, they had gotten worse.

Enough was enough. I started to look for a way to "downgrade" the OS on the Nexus to v. 4.4 (KitKat). Finally, after some research, "rooting" the device, erasing everything, and loading the KitKat image, I succeeded. Then I found a way to stop the OS updates.

Now my tablet runs like new, and I can use again all the apps I like without hitting performance issues.

Mobile devices are designed for the current operating system they ship with, either iOS or Android, and maybe the next update. Most new Android phones will never see more than two generations of the OS, as manufacturers decide not to invest more resources in old hardware.

Apple is the biggest offender, in my opinion. The company serves OTA updates of iOS to most iPhone models, wanted or not, and there is no easy way to roll back to the previous version.

On Dec. 29, 2015, a class-action lawsuit was filed against Apple in the US District Court in the Eastern District of New York by iPhone 4S owners arguing that the "iOS 9 software update made iPhone 4S phones slow, buggy and subject to crashes." Apparently, Apple promoted iOS 9 as being compatible with the iPhone 4S, and said it would make those smartphones faster and more responsive. The lawsuit also argues, "Apple does not warn the consumer that the update is irreversible." The plaintiffs seek $5 million in damages. 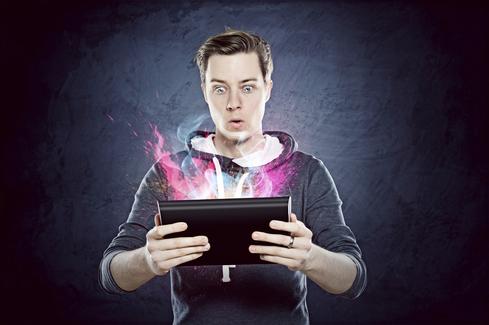 At the same time, most manufacturers are now preventing users from repairing their devices, or even changing the battery. Most smartphones could function perfectly for many more years if the battery could be replaced and the memory upgraded. Yet, big brands such as Apple and Samsung are making huge profits selling their flagship smartphones completely locked out of possible hardware upgrades.

In several European countries, most notably France and Germany, device vendors are now required to provide original spare parts to repair a device for up to five years. Recently people from iFixit, the fix everything website, ran a workshop with European Parliament MPs to show them how to fix their phones, in an effort to encourage legislation to help people keep using their devices longer.

Legislators should also consider forcing manufacturers to allow people to stop OTA updates easily. If the user is not happy with a new version, it should be easy to roll back to the previous one.

These days I keep image files of all my devices, including my Sony Xperia T, Nexus 7, and Chromebook, in case I need to recover from an unwanted OTA update.

How have your smartphones and tablets handled OTA updates? Do you have any workarounds that have helped you keep your older devices functioning? How are you handling these issues for your enterprise users? Does the continuous cycle of mobile OS upgrades serve as a convenient excuse for you to buy a shiny new toy? Tell us all about it in the comments section below.

Pablo Valerio has been in the IT industry for 25+ years, mostly working for American companies in Europe. Over the years he has developed channels, established operations, and served as European general manager for several companies. While primarily based in Spain, he has ... View Full Bio
We welcome your comments on this topic on our social media channels, or [contact us directly] with questions about the site.
Comment  |
Email This  |
Print  |
RSS
More Insights
Webcasts
Monitoring Critical Cloud Workloads
Disaster Recovery/Business Continuity in the New Normal
More Webcasts
White Papers
Must-Read Research: Why Sustainable 5G Networks are a 150-Year-Old Problem
VPN Risk Report
More White Papers
Reports
2021 Digital Transformation Report
A Decade of Passive DNS
More Reports